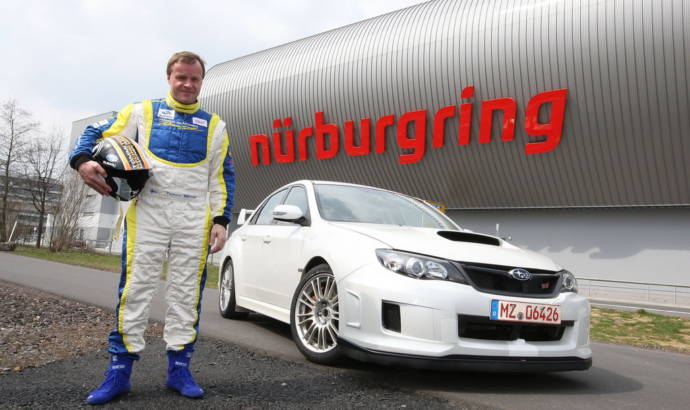 The Japanese car maker has released videos and details with the 2011 Subaru Impreza WRX STI sedan, which was tested at the Nurburgring race track in Germany with 4 times World Rally Champion, Tommi Makinen behind the wheel.
The 2011 Subaru Impreza WRX STI sedan has lapped the Nurburgring in 7 minutes 55 seconds, which is for example around 4 seconds faster than the Cadillac CTS-V which lapped the ring in 2008 and also 4 seconds faster than their previous record achieved 2004.
Some of the upgrades received by the 2011 Subaru Impreza WRX STI sedan include an improved chassis and suspension, and as Makinen commented, the car is controllable and precise even on tricky corners.
Subaru says that the hatchback version will receive the same upgrades as the 2011 Subaru Impreza WRX STI sedan version.
The 2011 Subaru Impreza WRX STI price is unknown but sales will begin across the globe this summer.
Subaru press release :
Tokyo, June 9, 2010 – Fuji Heavy Industries Ltd. (FHI), the manufacturer of Subaru automobiles, today
released footage covering an advanced research and development project carried out at the Nürburgring’s
racetrack in Germany, using a 2011MY Subaru WRX STI 4-door (sedan) test vehicle. Subaru has been using the world’s toughest Nordschleife course since 1992 for advanced R & D as well as tests of the WRX and WRX STI models. The movie uploaded on the Subaru Global Site http://www.subaru-global.com/home.html features this year’s challenge. It is presented as a highlight of Subaru’s persistent effort to stretch vehicle performance to unprecedented levels.
The concept of the 2011MY WRX STI is “The Fastest WRX STI Ever”. At Subaru, the phrase “Fastest” refers
to more than just top speed or maximum engine output. It implies driving with confidence. The WRX STI can only be taken to its “fastest ever” performance when it provides the driver with total driving control with
confidence. Major upgrades to the 2011MY WRX STI focused on the chassis and suspension set-up. Tests at the Nürburgring demonstrated the supreme overall dynamics and linear behavior. Tommi Mäkinen, the
legendary four-time World Rally Champion, piloted the test vehicle for the challenge. He commented, “The car was controllable with precise and faithful handling even on tricky corners. I could easily predict the car’s
behavior. That is exactly what Subaru is offering, confidence”. As a result, the 2011MY WRX STI test vehicle recorded 7’55’’00, Subaru’s fastest lap time ever, which is 4 seconds faster than the previous fastest time recorded in 2004. The 2011MY WRX STI 4-door will go on sale world-wide from this summer. Upgrades to the 4-door version will be carried over to the 5-door (hatchback) model. 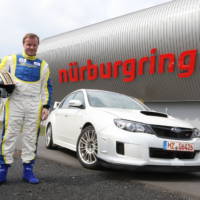 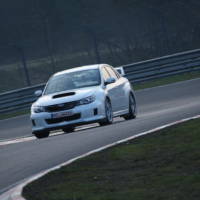 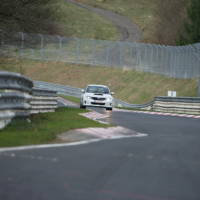 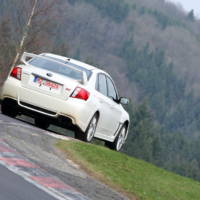 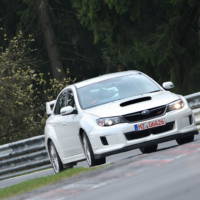 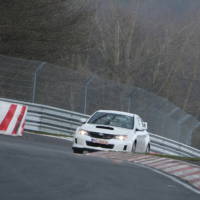 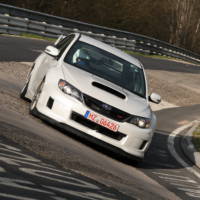 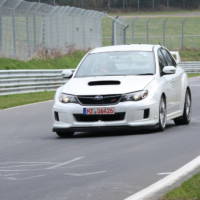 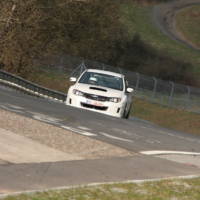 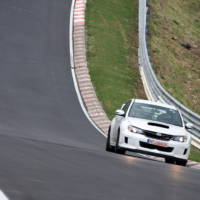 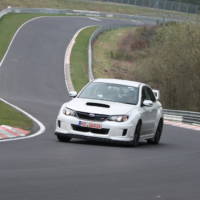 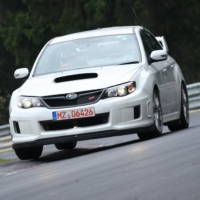 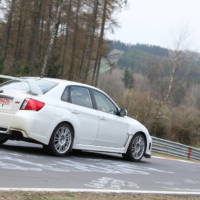 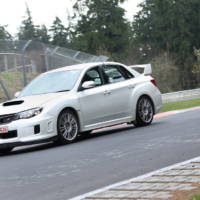 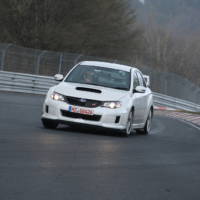 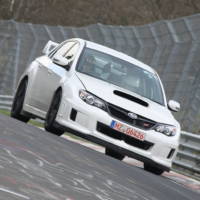 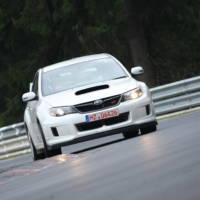 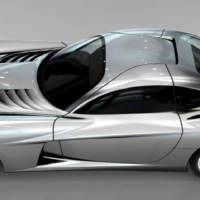 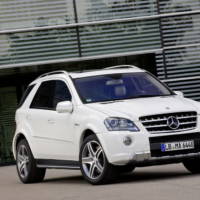