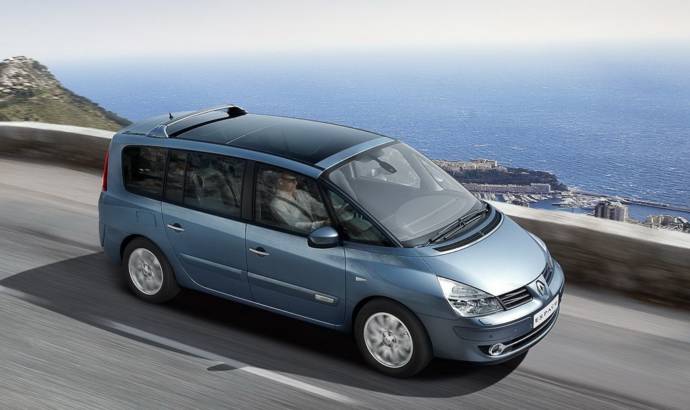 French automaker Renault has just announced pricing for the facelift version 2011 Renault Espace, which will arrive at dealerships across UK starting from January.
The 2011 Renault Espace received a series of subtle exterior changes, includes LED lights and the equipment list has been enhanced with features that also include the Carminat TomTom Live satellite navigation.
The 2.0-litre dCi 150 and 175 FAP engines powering the 2011 Renault Espace have also been brought up to Euro 5 standards, as emissions have been slashed. The 2.0 dCi 150 plant for example is now emitting 170 g/Km of CO2, instead of 188 g/Km.
The 2011 Renault Espace price starts at 24,495 GBP, reaching 28,495 GBP for the range topping variant, and for detailed information you can see the press release below the jump.
Renault price release :
* Subtle facelift includes LED lights and new equipment, including Carminat TomTom® Live satellite navigation
* Savings of up to £3,005 (Espace dCi 175) available compared to former range
* 2.0 dCi 150 emissions slashed by 18g/km to 170g
* Espace and Grand Espace versions priced from £24,495 to £28,495
* Euro 5-compliant 2.0 dCi 150 and 175 FAP engines, including one automatic transmission
* Available to order 8th November and in showrooms from January 2011
Renault has refined the enduring appeal of its luxurious Espace for
2011, with subtle styling revisions, greater levels of equipment and
lower pricing, from £24,495 and savings of up to £3,005 available.
With more than 1.2 million sold in the last 26 years, the Espace
continues to attract customers through a winning combination of interior
flexibility, luxury and refinement. These values are enhanced still
further in the latest version, principally through new equipment and
revised diesel engines.
Renault’s emblematic MPV now comes with LED technology, while its new
headlights harmonise with the striking new Pearl Blue body colour and
gloss black exterior trim details. On the inside, it also now benefits
from the Carminat TomTom® Live real-time satellite navigation system.
In keeping with the times, the CO2 emissions of the
core-range dCi 150 engine have been slashed by 18g/km from 188 to
170g/km, thanks notably to work on combating friction and
carefully-selected gear ratios.
Exclusive high-end appeal
A new range structure makes Espace’s emblematic positioning as a
practical, high-end MPV even easier for customers to understand. The
Dynamique TomTom delivers a high standard of safety and
comfort-enhancing features which match the expectations of families and
business users seeking seven identically comfortable seats and a modular
interior layout.
Its extensive list of features includes sport-style upholstery
featuring extra side support and exclusive Teflon® protection, the
fully-integrated Carminat TomTom® Live navigation, as well as a new
gloss black interior trim.
In addition to the high levels of core equipment, one of Espace’s key
strengths, its almost limitless modularity, remains intact, thanks to
10 aluminium tracks in the floor which enable the interior and boot
space to be adapted in line with the number of passengers and luggage
being carried.
On the outside, the headlights now incorporate LED daytime running
lights and the range of seven body colours includes a new, striking
Pearl Blue. Renault Espace’s premium positioning is further underpinned
by its new 17-inch Eptius and Novadis alloy wheels.
Befitting a premium model designed to carry its occupants in
unrivalled style, a wide range of options are available to customise its
interior and exterior look to serve even the most discerning tastes.
Other notable options includes an opening tailgate window for £320,
bi-xenon directional headlights at £650, and the perfect accompaniment
for children, a DVD system with two 16.9” screens integrated into the
rear of the front headrests for £1,500. Lastly, thanks to a vast surface
area of 2.46 square metres, the electric panoramic glass sunroof at
£1,300, provides an exceptionally bright cabin and impressive view out
for all passengers.
An optional, lavish Initiale Lux Pack is also available for £3,500 on
the top-of-the-range Grand Espace dCi 175 Auto FAP. Among its many
items are multi-functional TunePoint for portable music players,
Carminat TomTom Western Europe mapping, metallic paint, front parking
sensors and full leather upholstery. Rounding off its array of features
and, in keeping with the opulent ambience, four rear seats with armrests
are fitted in place of five, for even greater levels of space.
A sharp fall in CO2 emissions
Renault Espace’s powertrain range has also been modified following
the introduction of Euro 5 legislation. The two-litre dCi diesel is
available in a choice of two power outputs: dCi 150 and dCi 175, the
latter mated to a six-speed automatic transmission. The combined cycle
CO2 emissions of the core dCi 150 engine has been reduced by
18g/km from 188g/km to 170g/km, thanks principally to work on combating
friction and revised gear ratios. Versions with automatic transmission
boast welcome emissions savings, too, and now claim just 189g/km of CO2.
Full pricing for the Espace and Grand Espace 2011 range is given
below. The cost to upgrade from Espace to Grand Espace is £1,500.

The Espace 2011 range is available to order from 8th
November ahead of showroom launch in January 2011.Further information on
Renault is available at www.renault.co.uk, on Sky Guide 883, www.twitter.com/renault_uk and www.facebook.com/renaultuk. 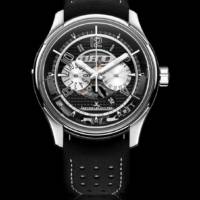 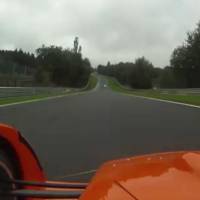