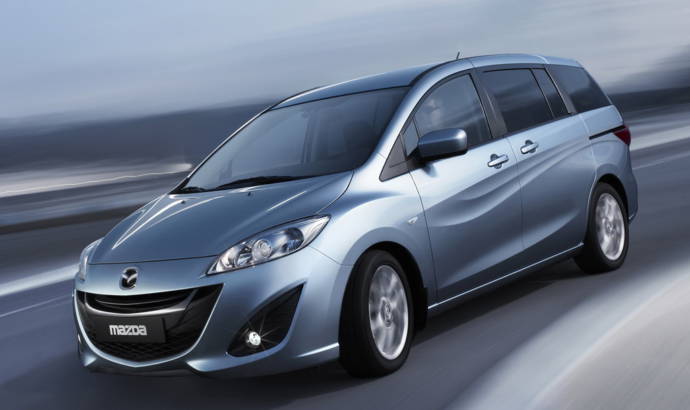 The 2011 Mazda 5 also known as the Premacy in Japan was revealed today ahead of the vehicle’s world debut at the Geneva Motor Show.
The 2011 Mazda 5 features an ’emotional design’ and is the first production model to adopt Mazda’s Nagare (“flow” in Japanese) design language. With its sliding rear doors and various possible seat arrangements the 2011 Mazda 5 promises great comfort and competitive eco-performance.
Powering the 2011 Mazda 5 is the all new 2.0L direct injection engine which comes with i-stop and is linked to a 6-speed manual gearbox that help reduce emissions by 15 percent when compared to the currently ongoing model. Other powertrain options will include an 1.8L gasoline unit also mated to a 6-speed manual gearbox.
The 2011 Mazda 5 price was not announced yet.
Mazda press release :
HIROSHIMA, Japan—Mazda Motor Corporation will hold the global premiere of the all-new Mazda5 (known as the Mazda Premacy in Japan) during the press days of the 2010 Geneva Motor Show on March 2 and 3, 2010. Embracing dynamic and elegant Nagare design, the new Mazda5 emits approximately 15 percent less CO2 than the current model thanks to Mazda’s “i-stop” idling stop system, a direct injection gasoline engine and other technologies. European sales of the all-new Mazda5 will commence during fall 2010.
The new Mazda5 features an emotional design that blends elegance with a dynamic spirit. It will be the first Mazda production model to fully adopt Mazda’s Nagare (meaning “flow” in Japanese) design language, which finds inspiration in the beauty of flows found in nature. Nagare design has appeared in certain elements of recent production models and was previously showcased through a series of concept cars. The new Mazda5’s design achieves excellent aerodynamic characteristics with an outstanding drag coefficient and lift balance. In order to meet wide-ranging customer requirements, it also offers a high level of functionality, with dual sliding rear doors and multiple seat arrangements. This includes a karakuri second-row center seat that can be converted to a versatile storage space. With a sportier and smoother ride, the new Mazda5 responds precisely to the driver’s commands, enabling the whole family to travel in comfort and security.
Based on its long-term vision for technology development, Sustainable Zoom-Zoom, Mazda is striving to improve the eco-friendly performance of its products. Whether stuck in traffic or cruising on the highway, the all-new Mazda5 with 2.0L direct injection gasoline engine and i-stop significantly reduces CO2 emissions thanks to the effective combination of i-stop, the high combustion efficiency provided by direct injection, and a six-speed manual transmission with optimized gear ratios. The new Mazda5 cuts CO2 emissions by roughly 15 percent compared to the model it replaces and provides a more comfortable ride with linear and smooth performance characteristics. It is now one of the most eco-friendly minivans in its class in Europe.
The new Mazda5’s green credentials are further enhanced by its other available powertrains, which include a 1.8L gasoline engine mated to a six-speed manual transmission.
Commenting on the development concept, Hideki Matsuoka, the Mazda5 program manager, said, “The all-new Mazda5 meets the many needs of today’s customers. In a single model, we offer the competitive eco-performance necessary to address current market trends together with our distinctive, emotional design. The Mazda5 features outstanding functionality with sliding rear doors and multiple seat arrangements, and it delivers fantastic comfort with a linear and smooth ride that responds precisely as the driver intends.”
Officially titled the 80e Salon International de l’Auto, the Geneva International Motor Show press days are March 2 and 3, and the public days are March 4 through 14. Mazda will hold its press conference on Tuesday, March 2.
Mazda’s exhibits at the 2010 Geneva Motor Show 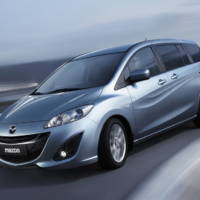 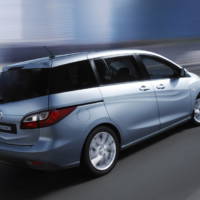 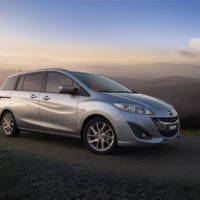 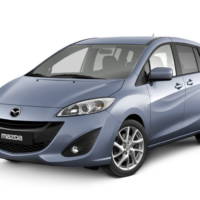 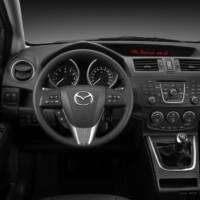 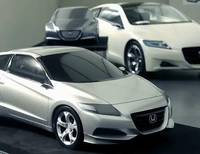 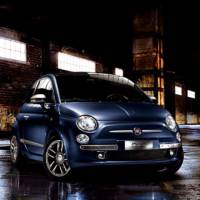