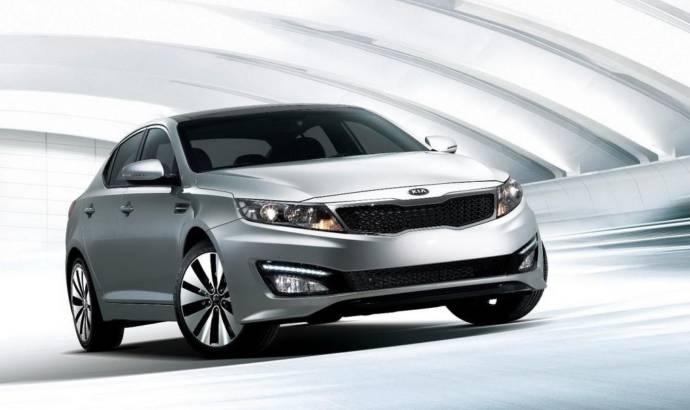 The Korean automaker revealed photos with the 2011 Kia Magentis as its world debut date at this year’s New York Auto Show is getting closer.

Still no details on what’s under the skin, but at the exterior the 2011 Kia Magentis features the company’s ‘tiger’ family face, a coupe like profile with a chromed arc from the A to C pillar, a raked roofline, a more pronounced shoulder line.

The 2011 Kia Magentis will aslo have a longer wheelbase and at the interior the manufacturer says that besides the more spacious cabin, occupants will benefit from the latest safety equipments as well as class-leading luxury equipment.

We will have more details with the 2011 Kia Magentis at the time of the show.

The next generation Kia Magentis is set to make its world premiere next month at the 2010 New York International Auto Show.

“The next generation of Magentis possesses the power to surprise,”
says Peter Schreyer, Kia’s Chief Design Officer. “It’s a car that
people will simply not expect from Kia – and that’s exactly what we set
out to achieve.”

The saloon exudes an athletic confidence from every angle – its
raked roofline, high and pronounced shoulder line of its sculpted
flanks and its extended wheelbase are complemented by flared
wheelarches and a shallow glasshouse that create a saloon with a
muscular, self-assured stance.

Following the theme of recent model revisions, new Magentis is
longer, lower and wider than before, the Kia’s coupe-like profile is
enhanced by the sweeping chrome arc that flows from A to C pillar, a
distinctive design motif that visually lowers the car further still and
enhances its cab-backwards proportions.

“For this car we started with a clean sheet and worked to achieve an
exterior design with a European feeling and stance,” explains Gregory
Guillaume, Chief Designer, Kia Europe.  To help achieve this, the
exterior was designed by his team in Frankfurt.  The interior was
created by the design team in California.

The new D-segment offering is spacious, and with class-leading
levels of safety and luxury equipment, the intelligently configured and
driver-oriented cabin underlines a newfound poise and presence.

The all-new Kia saloon will be launched in phases around the globe
and will be seen in UK showrooms in 2011 – the model name will be
confirmed closer to launch.

The Kia Motors press conference for the New York International Auto
Show will take place on April 1, 2010 from 10:10 – 10:35 am (local
time) at the Kia stand on Level 1 of the ‘Jacob Javits Center’ located
between 34-39 Streets on 11th Avenue in New York City. 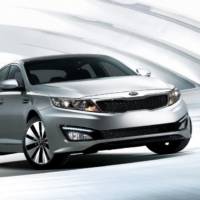 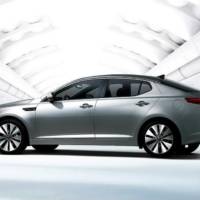 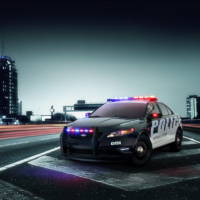 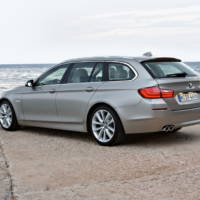