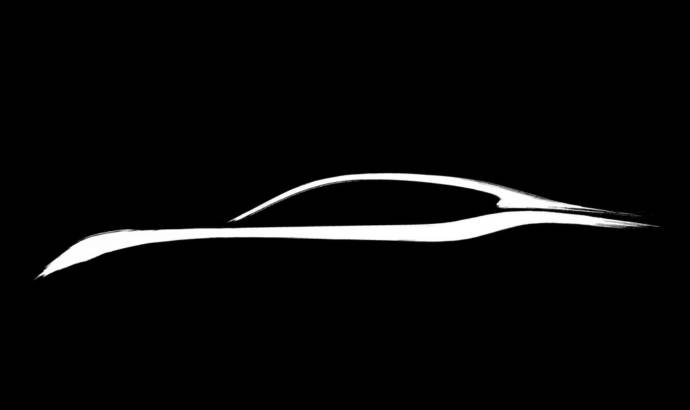 Nissan released a teaser image with the 2011 Infiniti M ahead of its official unveiling scheduled for Friday August 14th at the 59th annual Pebble Beach Concurs d’Elegance. The 2011 Infiniti M will be unveiled through a new technology called virtual video mapping that will be used in creating an immersive, three-dimensional multimedia experience.
Besides the virtual 2011 Infiniti M beeing unveiled, visitors at the Pebble Beach Concurs d’Elegance 2009 will be able to view the Infiniti Essence Concept in the flesh as part of its North American debut.
At this point no other details with the 2011 Infiniti M were released, but as far as powering units the luxury sedan is expected to use Nissan’s latest generation V6 engine.
Infiniti press release :
– Infiniti and Hearst Partner to Use Cutting-Edge Technology to Preview the All-New 2011 Infiniti M –
Hearst Magazines’ Esquire; Harper’s Bazaar; O, The Oprah Magazine; SmartMoney; and Town&Country will join forces with Infiniti to kick off The Infiniti Journey of Inspiration to preview the all-new 2011 Infiniti M and the North American debut of the Infiniti Essence Concept at the 59th annual Pebble Beach Concours d’Elegance.  Partnering for the third year, Hearst and Infiniti will create an immersive 360°, multimedia experience that will be open to the public from August 13th through the 16th.
While Hearst Magazines and Infiniti have created unique visitor experiences at Concours for the past three years, never before has the partnership used such technological advancements to showcase the automobiles.  Each year, the displays are a much-anticipated draw during an event known for its focus on prestigious and luxurious vehicles.
The Infiniti Journey of Inspiration will be a visual exploration of the Infiniti brand, created using 3D graphics and film.  This experience will be led by an onscreen guide who will take guests on a pictorial journey to rediscover the power of nature and form – and how it can lead to a sense of freedom.
“We value our ongoing partnership with Infiniti and are thrilled to be a part of this year’s showcase event,” says Michael Clinton, executive vice president, chief marketing officer and publishing director, Hearst Magazines. “Bringing Infiniti’s vehicles and Hearst’s luxury titles together for The Infiniti Journey of Inspiration will provide visitors with a unique, multi-sensory experience.”
On Wednesday, August 12th, the Infiniti Essence will make its North American debut for people to experience firsthand during an elegant reception for approximately 400 guests, hosted by Hearst Magazines and Infiniti.  The Essence sport coupe is positioned at the true cutting edge of automotive design.  Inside, its driver-focused interior blends “new luxury” with traditional Japanese craftsmanship.  Equally sophisticated and unobtrusive is its innovative parallel hybrid system, combining a high-output 3.7-liter twin-turbo V6 engine with a new ultra-slim “3D” electric motor.
On Thursday, August 13th, Town&Country magazine will host its annual cocktail event, “An Evening of Elegance,” in a private residence overlooking the ocean and the 17th and 18th fairways of Pebble Beach.   This invitation-only event for 300 guests is being sponsored by Infiniti, along with Kohler and Tiffany.
On Friday, August 14th, the 2011 Infiniti M will be unveiled using a state-of-the-art technology called virtual video mapping.  To make this virtual launch a reality, Infiniti partnered with RTT USA and Klip Collective to create an exact computer-generated rendering of the M using only engineering data.  Using their patented video mapping technology, Klip has created an immersive, three-dimensional video installation to showcase the new Infiniti.  Video projections cover four 15-foot walls with a synched 5.1 surround soundscape and life-size car model.  The rendering will be projected onto a rough 3D foam model using topographical site-specific video projection imaging to create an immersive experience that mimics the vehicle’s physical presence.  The vehicle reveal will be entirely computer-generated, and no physical vehicle will be used.  Infiniti is the first automobile company to unveil a vehicle using this type of technology.  Infiniti will be webcasting the 2011 Infiniti M virtual reveal live through a special webcast on August 14th at 6:30 p.m. PDT at http://www.infinitiusa.com/about/future-vehicles.html.
“We are proud to once again partner with Hearst Magazines to bring the Infiniti Journey of Inspiration to life at this year’s Concours d’Elegance,” said Ben Poore, vice president, Infiniti.  “This year we are leveraging exciting new technologies to create a never-been-seen-before vehicle launch experience that will allow consumers to interact with the Infiniti brand in a unique and captivating way.”
As part of Infiniti’s ongoing commitment to philanthropy, $100 raffle tickets will be sold on site to win a 2009 Infiniti G Convertible, with proceeds benefiting the Boys & Girls Clubs of Monterey County.  The first 165 attendees of The Infiniti Journey of Inspiration who test-drive a vehicle on Thursday, Friday or Saturday will receive one free raffle ticket as well.
The Infiniti Journey of Inspiration will be created by The Apartment, a New York City based design agency that offers fully integrated branding and marketing, architecture and interior design.  The Apartment has collaborated with dozens of entrepreneurial groups, corporations and individuals to create and evolve brands, products, marketing programs and physical spaces locally and abroad. 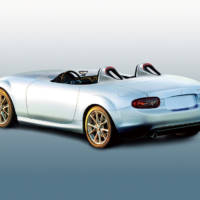 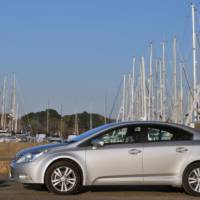