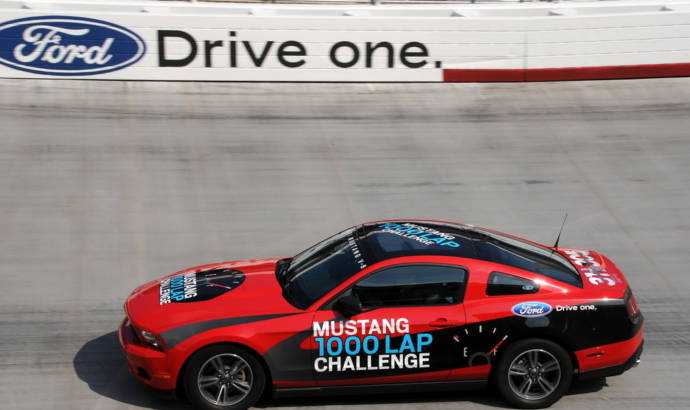 The Blue Oval has set a new record as the 2011 Ford Mustang V6 which packs 305 HP has managed to complete 1,457 laps on a single fuel tank on the Bristol Motor Speedway track.
The 2011 Ford Mustang V6 has averaged 48.5 mpg in the 1000 Lap Challenge which was completed in 17 hours and 40 minutes, after traveling 533 miles, proving that the company’s V6 paired with their advanced 6-speed transmission can be sporty and economical in the same time.
Top Barnes, the lead engineer for the Ford Mustang 1000 Lap Challenge said that “This is beyond our wildest dreams,” and we can only imagine that sales for the iconic pony car will increase.
Ford press release :
BRISTOL, Tenn., June 24, 2010 – The 2011 Ford Mustang, which made
history when it became the first car ever to deliver more than 30 mpg
and 305 horsepower, has set a new record by running 1,457 laps at
Bristol Motor Speedway while averaging 48.5 mpg.
The Mustang 1,000 Lap Challenge was designed to demonstrate that a
stock production Mustang V-6 could run 1,000 laps and 533 miles on a
single of tank of fuel. With the aid of fuel efficient driving
techniques by Ford engineers, the Mustang far surpassed its goal of
1,000 laps.
“To see a Mustang post average fuel economy of 48.5 mpg while running
at Bristol is impressive,” said Dave Pericak, Mustang chief engineer.
“The new V-6 engine along with the advanced six-speed transmission in
the car is a key element in delivering both fuel economy and performance
for Mustang.”
Ford is committed to being a fuel economy leader in every segment it
competes in and Mustang’s leads in its class along with other Ford fuel
economy leaders like the Ford Fiesta, Fusion Hybrid and new Lincoln MKZ
Hybrid, America’s most fuel efficient luxury sedan.
The Challenge team, which included NASCAR star David Ragan and four
Ford Mustang engineers, completed the challenge in 17 hours and 40
minutes, showing off the 2011 Mustang V-6’s class-leading fuel economy
by averaging 48.5 mpg over the course of the 776.5 miles logged during
the Challenge. That distance is more than the two complete NASCAR Sprint
Cup events that take place in Bristol every year.
Ragan pushed the Mustang past the 1,000-lap mark at 7:26 p.m., 12
hours and 26 minutes into the Challenge, but the car wasn’t close to
being out of fuel. Mustang engineer Seong Park was behind the wheel when
it finally came to a halt (on the backstretch) of the famed NASCAR
track at 12:41 a.m. local time.
Other Mustang Challenge team drivers included Tom Barnes, Jonathan
Mehl and Carl Ek, who along with Park, rotated through one-hour driving
stints during the event, which took place at the world’s fastest
half-mile track.
“When we hit 1,000 laps we still had a quarter of a tank of gas
left,” said David Ragan, driver of the No. 6 UPS Ford Fusion for Roush
Fenway Racing, and the man who drove the 2011 V-6 Mustang past the 1,000
lap mark. “The last driving stint before I passed 1,000 laps I was
averaging 43.7 miles a gallon and that is unbelievable. These guys have
run the distance of more than two Sprint Cup races at Bristol and they
still have fuel left. Congratulations to everyone behind the Mustang and
to everyone at Ford, because this 2011 Mustang V-6 is really something
special.”
A team of Ford engineers prepared for the challenge by implementing
fuel efficient driving tips like minimizing the use of air conditioning,
steady and consistent driving, avoiding sudden stops/starts and by
keeping the RPMs low. The engine in the Mustang is powered by a
lightweight, all-aluminum 3.7-liter dual-overhead-cam (DOHC) V-6 engine
that uses advanced engineering to deliver its combination of power and
economy. Twin independent variable camshaft timing (Ti-VCT) adjusts the
valve train in microseconds depending on driver inputs, further
contributing to the engine’s overall efficiency. The Mustang used in the
challenge is a stock production vehicle that can be purchased through a
Ford dealer.
“This is beyond our wildest dreams,” said Tom Barnes, the lead
engineer for the Ford Mustang 1,000 Lap Challenge. “There have been a
lot of people who have done a lot of things in preparing this 2011
Mustang V-6 to run the Mustang 1,000 Lap Challenge and have the success
we have had today. It was great when we went past the 1,000 lap mark
with David, but nobody could ever imagine that we still had five hours
ahead of us. This is a fantastic feeling and it shows again what a great
car the 2011 Mustang V-6 is.”
More than 51,000 consumers registered their guesses for the event at www.mustang1000lapchallenge.com.
One lucky consumer that correctly guessed 1,457 laps will be randomly
drawn from all correct entries and will win their own 2011 Mustang V-6.
2011 Ford Mustang V6 1000 Lap Challenge video : 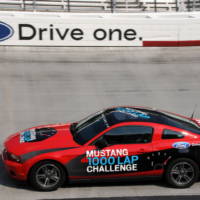 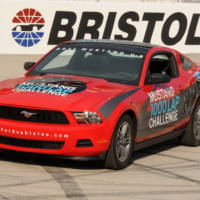 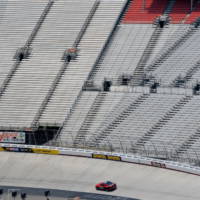 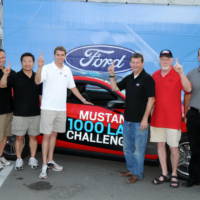 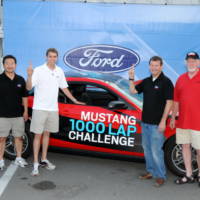 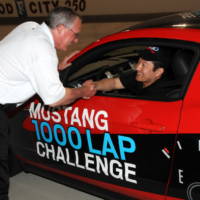 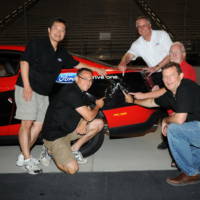 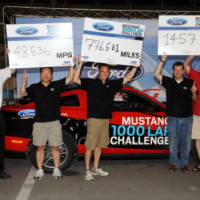 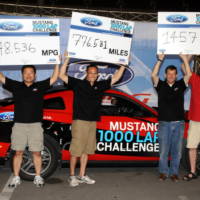 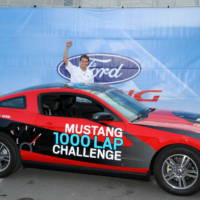 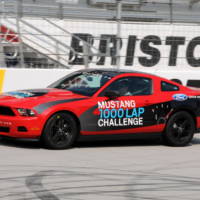 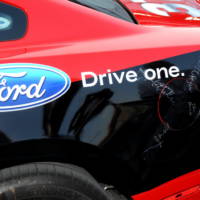 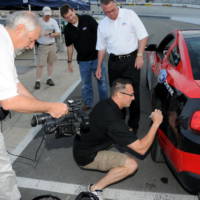 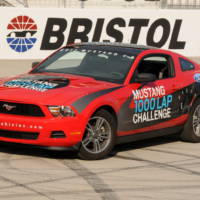 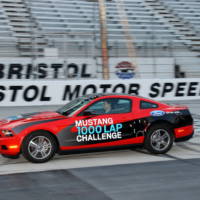 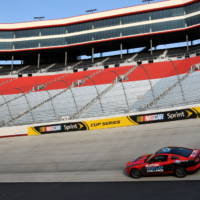 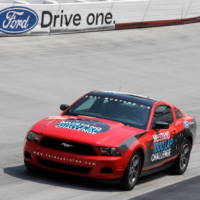 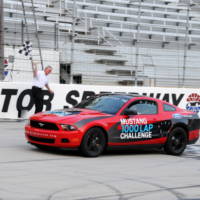 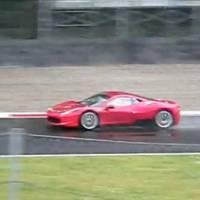 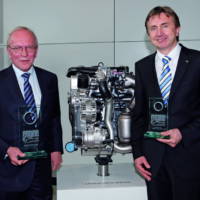