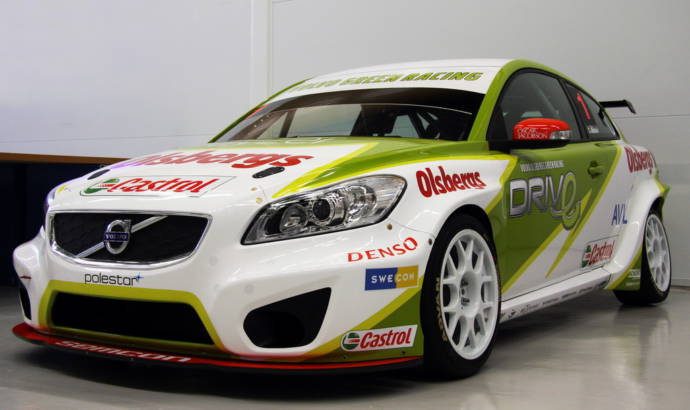 A couple of days ago the Swedish manufacturer was offering information with the S60 BTCS and now their are presenting a new race car, this time the 2010 Volvo C30 STCC.
The 2010 Volvo C30 STCC will start in this year’s Swedish Touring Car Championship with Robert Dahlgren behind the wheel, and the automaker has extended its agreement with Polestar until 2012.
The 2010 Volvo C30 STCC is based on the C30 facelift version and has been extensively tested in the wind tunnel while on the track the race car has already clocked around 3,000 Km.
Even though no specific technical details were given, Volvo Polestar’s Team Manager said they went through every aspect of the car, from engine, to suspension and aerodynamics, making sure the revised components are reliable and everything is ok before the big start.
Volvo press release :
Volvo Car Corporation and Polestar will begin this year’s Swedish Touring Car Championship (STCC) season on 24 April at Jyllandsringen in Denmark. The ambition is to defend both the driver and team championship titles. At centre stage in this ambition is the new race car.
"This is the fastest Volvo I’ve ever driven," says Volvo Polestar driver Robert Dahlgren.
At first sight, the most striking thing about the new car is its new front end. Just like the production version, the new race car has a front end which is longer, lower, wider… and meaner-looking. And more important still, the new design delivers a higher ground pressure at the front, and an improved airflow right around the car.
"We’ve worked very hard to take full advantage of the new C30 facelift, spending countless hours in the wind tunnel at Volvo Cars in the process," says Jan Andersson, Technical Director of the Volvo Polestar team.
Even more track testing to help secure new victories
In 2009, Volvo and Polestar were the fastest team in all the qualifying sessions, and won half of all the race heats. The key to that success was an extensive pre-season testing programme. In the run-up to the 2010 season, their testing programme has been even more intensive. The team has already clocked up 3,000 kilometres of track testing with the new race car. Compare that with the 150 kilometres or so that each driver covers in the course of a normal STCC race weekend!
"We’ve gone over every single aspect of the new car – front and rear suspension, engine and aerodynamics. We want to be absolutely sure of all the improvements, and also to confirm the reliability of all the new and revised components," says Christian Dahl, Team Manager for the Volvo Polestar team.
In the STCC to win
Volvo Cars recently extended its agreement with Polestar right through to the end of the 2012 season. This was confirmation of the car-maker’s confidence in Polestar to develop and race its official entries in the STCC. What comes next are 18 gruelling events – a battle for those 450 possible points.
Derek Crabb, Director of Motorsport at Volvo Car Corporation, sounds extremely confident of success. "In 2007 we proved together that a race car can win using a greener fuel, when we pioneered bioethanol in racing instead of petrol. The following year we proved that the fastest car does not arrive in a box from Germany or the UK. And last year we proved that our green DRIVe technology, as found in our production models, could also outperform everything on the race track. All of our staff and all of the Volvo Polestar fans can now see for themselves exactly what we are prepared to venture and just what we can do. That is worth far more than just points in a competition."
2010 Volvo C30 STCC Video :


SEE ALSO:  Volvo electric models have improved range thanks to an OTA update 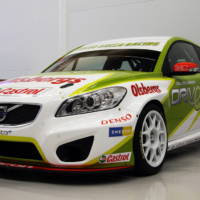 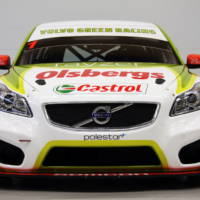 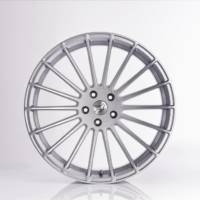 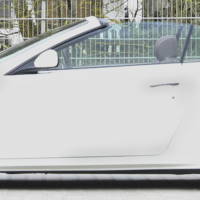