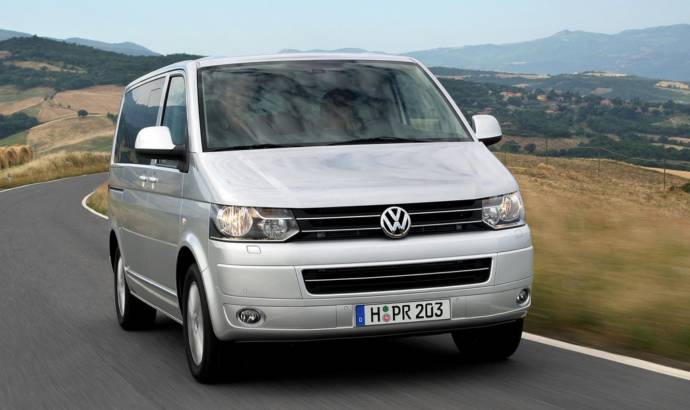 The 2010 Volkswagen Carravelle and California campervan are among the new vehicles to be showcased by the German automaker at Frankfurt’s Motor Show in September.
Both the Volkswagen Carravelle people carrier and California campervan feature a redesigned front following the company’s latest trends as well as new taillights, chrome side trims, and more aerodynamic exterior mirrors.
There are 4 new TDI engines available for the 2010 Volkswagen Carravelle and California, all having a 2.0-litre capacity with power outputs of 84 PS, 102 PS, 140 PS and 180 PS. These engines will come linked to a new seven-speed DSG automatic transmission and will be meeting the latest Euro 5 emission standards.
As far as new features the 2010 Volkswagen Carravelle and California come equipped with a new generation ESP with hill-start, a Side Assist lane change system and a Tyre Monitor Display.
Volkswagen press release :
First details of the new Volkswagen Caravelle people carrier and California campervan are released today ahead of their world debut at the Frankfurt Motor Show next month.
No other manufacturer can compete with Volkswagen’s rich heritage of iconic people carriers and campervans, and the enhancements to the latest generation of these models offer the latest technology, comfort and safety features, with lower emissions and improved fuel economy by approximately ten per cent across the range.
The new models stand out with changes to the external design.  These include new rear light clusters, chrome side trims, more aerodynamic door mirrors and an entirely new front using the latest Volkswagen passenger car design for the grille and headlights seen most recently in the new Polo and Golf.
Other new features carried over from Volkswagen’s latest passenger cars include comfort and safety items such as three-spoke steering wheels, stylish new instruments, a recommended gear shift display, a USB ‘Media-in’ interface to connect external devices, and the latest audio and integrated, touchscreen, hard-drive navigation systems.
A new generation ESP (Electronic Stabilisation Programme) with hill-start assist and an emergency brake light function are also introduced across the range, while other new features now available include Volkswagen’s Side Assist lane change system, first seen in the Touareg, which warns the driver of anything in the vehicle’s blind spot, and a new TMD (Tyre Monitor Display) to alert the driver to any decrease in tyre pressures.
Refinement is also improved thanks to a new range of four quieter, more economical 2.0-litre four-cylinder common rail TDI engines.  These offer power outputs of 84 PS, 102 PS, 140 PS and 180 PS, and all meet the latest Euro V emissions standard.  The new models also benefit from the introduction of Volkswagen’s seven-speed DSG automatic transmission, which will also be available later in 2010 with the 4MOTION all-wheel drive system with fourth generation Haldex coupling for the first time (on selected models).
Prices and specifications for the new Caravelle and California will be released closer to launch.  The new models will arrive in selected Volkswagen Van Centres from January 2010.  All Volkswagen Van Centre locations are available at www.volkswagen-vans.co.uk. 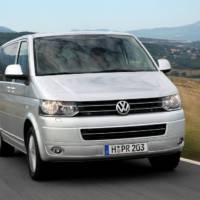 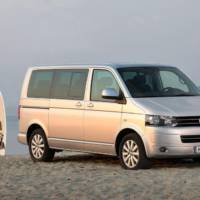 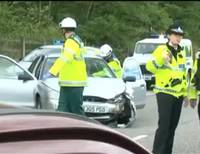 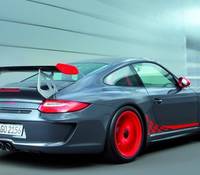