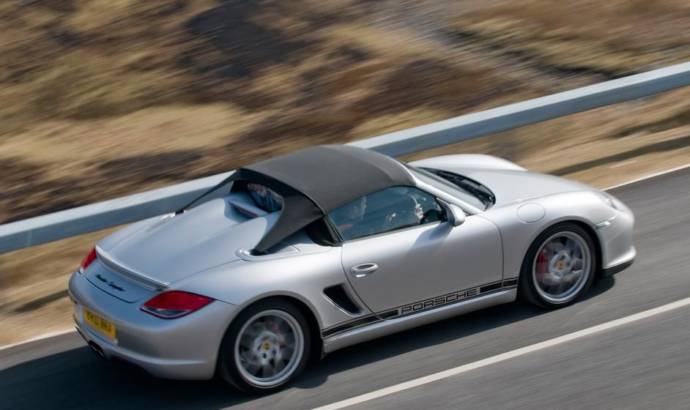 The German sports car manufacturer has just released info with the new 2010 Porsche Boxster Spyder lightweight version.
With a total curb weight of only 1,275 Kg this new version 2010 Porsche Boxster Spyder is the lightest model from the company’s lineup and as you can imagine, all this will have a direct impact on performance as well as fuel consumption.
The 2010 Porsche Boxster Spyder lightweight features an extensive list of components that are lighter than in the regular version, and include aluminium doors, a manual fabric roof with carbon fibre front frame, sports bucket seats also made from carbon fibre, a smaller fuel tank, lighter 19 inch alloys and other components with reduced weight.
The interior has also been re-worked while under the bonnet the 2010 Porsche Boxster Spyder lightweight has a 3.4-litre boxter engine producing 320 HP whic is linked to a 6-speed manual transmission. When fitted with the PDK dual clutch transmission and the Sports Chrono Package the 2010 Porsche Boxster Spyder lightweight can accelerate from 0 to 100 Km/h in 4.8 seconds and reach a top speed of 267 Km/h.
The 2010 Porsche Boxster Spyder lightweight version price is 46,387 GBP whic is 3,879 GBP over the Boxster S.
Porsche press release :
A lightweight version of the mid-engined Porsche Boxster roadster,
the Spyder represents the true, purist form of the Porsche sports car –
light, powerful, open-roofed, and very efficient.
This is precisely the formula already applied in creating the most
successful road-going sports and racing cars throughout the history of
Porsche, ranging from the legendary 550 Spyder of the 1950s to the RS
Spyder Le Mans Prototype race car so successful in motorsport today.
Weighing 1,275 kg, the Boxster Spyder is the lightest model in the
Porsche line-up, and continues this clear-cut philosophy in a package
offering full homologation for the road, and fulfilling a popular wish
expressed by Porsche customers.
The new model becomes the third version in the Boxster range,
joining the Boxster and Boxster S, yet at first sight stands out
clearly from the other models. This is quite simply because the Spyder
has been developed essentially for driving in the open air.
Bold and sporty styling
The Boxster Spyder is first and foremost a Boxster – but interpreted
in a totally new way. The purist character of the car is evident at
first sight, with particular emphasis on the two-seater roadster design
with its mid-engine. The new, elegantly long rear lid, together with
new wheels and distinctive styling touches inside and out, give the car
an absolutely unique look.
The low-slung, lightweight soft top extends far to the rear at a
distinctive angle and serves to protect the driver and passenger from
bright sunshine, wind and rain. When closed, the soft top, together
with the bespoke, shallower side windows and the two unique striking
bulges on the single-piece rear engine cover, boasts a stretched and
sleek silhouette reminiscent of the Carrera GT super sports car.
And classic Porsche logos run along the bottom of each door as a leitmotif inspired by earlier Porsche Spyder race cars.
The main objective of the Porsche Design Studio in creating the
Boxster Spyder was to make the classic design of the current Boxster S
even purer and to make clear reference to classic Porsche racing cars.
Great importance was placed on emphasising the car’s functions. The
design of the manual roof is intended not only to perfect the
silhouette but also to meet the basic needs of the passengers in bad
weather. For this reason, the top speed with the hood raised is limited
to 124mph.
Two convex curves running lengthwise in the completely new aluminium
rear lid, the fixed rear spoiler and a modified front spoiler lip help
to optimise the car’s aerodynamics. As you would expect, the
aerodynamic qualities of the Boxster Spyder have been honed for
superior driving dynamics. The aerodynamic Cd rating of 0.30 is
identical to the Boxster S, while the drag (Cd x A) is in fact lower
due to the smaller frontal area. The excellent aerodynamics makes a
significant contribution to the agility of the car at speed, and also
to low fuel consumption.
Significantly, the Spyder weighs 80kg less than the Boxster S which,
combined with a lower centre of gravity and revised chassis settings,
gives the Boxster Spyder the calibre of driving dynamics that clearly
reflect the unique look of the car.
Higher performance through intelligent weight reduction
While the overall objective behind the Boxster Spyder was to improve
performance, this has been achieved in an intelligent way, not simply
by boosting engine power. Instead, every detail was scrutinised to
deliver the required dynamic responses, with the driver’s needs – as is
typical of Porsche – the primary focus.
The obvious point of difference between the Boxster Spyder and its
siblings is its manual roof instead of an electric folding one, and the
use of a large aluminium rear lid, that not only creates that essential
‘speedster’ look, but also contributes to the car’s lightweight
character and thrilling performance.
The purist qualities of the Spyder are delivered by a comprehensive programme of lightweight features:

SEE ALSO:  This is the 2022 Porsche Macan facelift

The interior of the Boxster Spyder has been adopted from the Boxster
S, but re-worked with particular emphasis on purism, ergonomics and
authenticity. Finished mainly in black, the cockpit is complemented by
features in exterior colour and highlights in red. Of particular note
is the omission of the instrument cowl above the dials, which lowers
weight and also sends out a clear puristic signal
Chassis tuned for even sharper handling
As is evident, systematic lightweight design sets the Boxster Spyder
apart, and delivers an excellent power-to-weight ratio of 4 kg/hp (9
per cent better than a Boxster S) that manifests itself in remarkable
performance, culminating in a lap time around the Nurburgring
Nordschleife seven seconds quicker than that of a Boxster S.
The specially adapted chassis of the Boxster Spyder gives the car
its more dynamic character. Lowering the entire body by 20mm
contributes further to the car’s lower centre of gravity and the
combined use of modified anti-roll bars and even stiffer spring/damper
units significantly increases the performance potential. This is
supported by a front track width increased by 4mm and an 8mm wider rear
track. A mechanically locking differential is fitted as standard, and
delivers significantly improved traction on changing road surfaces and
when cornering at the extreme limits of performance. Locking values are
22 per cent under power and 27 per cent in overrun.
Although delivering a firmer and sporty chassis set-up, the Boxster
Spyder retains a remarkably compliant ride; not least as a result of
the tyre pressures being able to be set slightly lower due to the
weight reduction measures.
More power from classic flat six engine
The Boxster Spyder features a tuned version of the proven 3.4-litre
flat six ‘boxer’ engine with Direct Fuel Injection, which is mounted
amidships ahead of the rear axle. Maximum output is 320 bhp, 10 bhp
more than in the Boxster S. As standard, the Spyder features a
six-speed manual gearbox, but the Porsche-Doppelkupplungsgetriebe (PDK)
double-clutch transmission is available as an option. When equipped
with PDK and the optional Sports Chrono Package, the new Spyder, using
Launch Control, can accelerate from a standstill to 62mph in 4.8
seconds. Again with optional PDK, fuel consumption is a mere 30.4mpg
(9.3 litres/100km) in the NEDC New European Driving Cycle and top
speed, in turn, is 166 mph (267 km/h) – with the roof removed.
The outstanding driving dynamics and steering precision of the
Boxster Spyder achieves a standard never before seen in any Boxster.
The car’s lightweight construction, combined with the increase in
performance and modifications of the chassis, offers not only superior
driving pleasure, but also a level of performance quite unique in the
market.
Market introduction of the new Porsche Boxster Spyder started
worldwide in February 2010, and the car is priced from £46,387 in the
UK. Standard specification on every Spyder includes 6-speed manual
transmission, 19” Boxster Spyder alloy wheels, manual two-piece hood
comprising sunshield and weather protector, wind deflector, sports
chassis lowered by 20 mm, lightweight carbon fibre sports bucket seats
trimmed in Alcantara/leather, Porsche Stability Management (PSM),
3-spoke sports steering wheel, fixed rear spoiler, and heat insulating
glass.
Included in the purchase price is the invitation for customers to
explore the dynamic attributes of their Boxster Spyder, and develop
their own skills behind the wheel, courtesy of a Driving Experience
Programme at the Porsche Experience Centre at Silverstone.
Porsche Boxster Spyder key options: 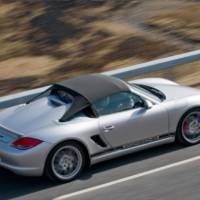 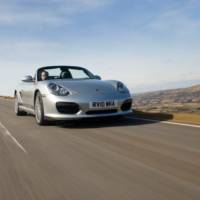 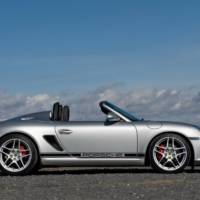 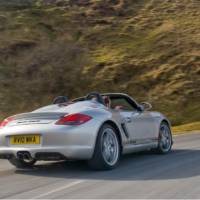 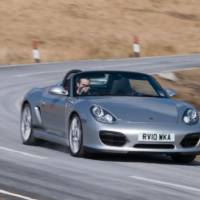 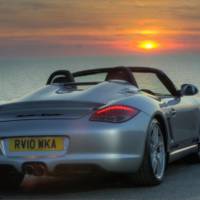 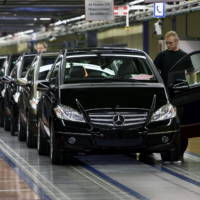 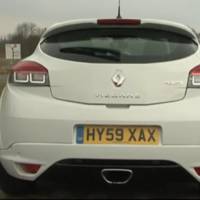