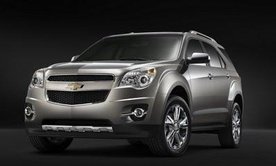 Price for the 2010 Chevrolet Equinox, was announced today and the company says the car will go on sale in the States this June. Numbers show that the basic 2010 Chevrolet Equinox FWD LS equipped with a 182 hp (135 kW) 4-cylinder, 2.4-liter Ecotec engine will hold a price tag of $23,185 MSRP officially making it $1,800 cheaper than the model it will replace. There is also an 264 hp (190 kW) 3.0L DOHC direct injected V-6 available for the 2010 Equinox Chevrolet and both engines are estimated to cover more than 500 miles (800 km) on one fill-up. Although the 2010 Chevrolet Equinox price is lower GM offers more, with standard features like more airbags, 17 inch wheels and power lumbar support that were not available on the previous model.
Chevrolet press release :
DETROIT – Chevrolet announced the 2010 Equinox crossover will carry a MSRP of $23,185, including a $745 destination charge, for the FWD LS model. It goes on sale this June.
"Offering the fuel economy of a sedan with the functionality of a crossover, the Equinox is a superior value for our customers," said Ed Peper, GM North America vice president, Chevrolet.
Chevy expects its Equinox to have best-in-class fuel economy at 30 MPG with its advanced 4-cylinder, direct injected engine. It is available in LS, LT and LTZ trim, with available all-wheel-drive. Two new engines are offered, each with fuel-saving direct injection and variable valve timing technology. Vehicle highlights include:
– New 2.4L Ecotec direct injected I-4 engine estimated at 182 horsepower (135 kW), which delivers an estimated 30 mpg highway, 21 mpg city (EPA certification pending)
– New 3.0L DOHC direct injected V-6 engine estimated at 264 horsepower (190 kW), which delivers an estimated 25 mpg highway, 18 mpg city (EPA certification pending)
– Driving range of more than 500 miles (800 km) with both engines, for less-frequent fill-ups
– Six standard air bags: dual frontal air bags; head curtain side air bags and pelvic/thorax seat-mounted side air bags
– Standard four-wheel disc brakes with StabiliTrak electronic stability control and traction control
– Standard OnStar and XM Satellite Radio
– "Advanced" remote starting system that also activates the HVAC system and optional heated seats depending on the outside temperature
Inside, the Equinox features attention to detail, including standard tilt and telescoping steering wheel, standard driver seat power height adjustment and power lumbar, and a number of storage bins: an oversized glove box, a closed storage bin in the instrument panel above the center stack, and closed storage under the center armrest large enough for a laptop computer.
"Getting best-in-class fuel economy and great storage for less than $24,000 is significant," Peper added. "In fact, the starting price for this all-new model is $1,800 less than the previous generation Equinox."
While the all-new Equinox carries a smaller price than its predecessor, the list of standard content is larger – including more airbags, power lumbar support, and 17" wheels. Combine this added content with the improvements in fuel economy, driving performance and available features, and the value proposition improves even more with the 2010 Equinox.
Chevrolet is one of America’s best-known and best-selling automotive brands, and one of the fastest growing brands in the world. With fuel solutions that go from "gas-friendly to gas-free," Chevy has nine models that get 30 miles per gallon or more on the highway, and offers three hybrid models. More than 2.5 million Chevrolets that run on E85 biofuel have been sold. Next year, Chevrolet will offer the Chevy Volt, an extended range electric vehicle that will travel up to 40 miles without using any gas at all. Chevy delivers expressive design, spirited performance and provides the best value in every segment in which it competes. More information on Chevrolet can be found at www.chevrolet.com. 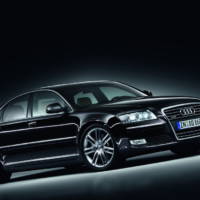 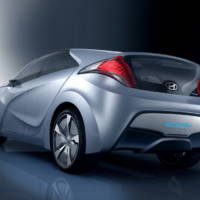 NEXT 02 Apr 2009
Hyundai Blue Will unveiled at Seoul