The UK, Germany, Italy and the US all have their own contenders for the position of the world’s most popular police car. Police cars come in many forms and sizes, from small two-seaters, sports cars and supercars, to SUVs. Some are cheap while others are much more expensive. However, they all have one common denominator, they are cars designed specifically for the police. Some cars look so good that locals and tourists pose to have their pictures taken in front of them. However, even the police cars that don’t have much in terms of looks can perform extraordinarily well in the hot pursuit of fast moving vehicles.

Germany has more candidates for the world’s most popular police car than most countries. The Porsche 911 Carrera S is a favorite of the German police. The Austrian police also use the Porsche 911 in their fleet. This is definitely a police car built for hot highway pursuits. The German police has commissioned TechArt to modify the Porsche 911 for police use and because of this, it is extremely fast while still having the elegance of the original 911. Equipped with a 6 cylinder engine and 500 bhp, it is rarely going to be possible to outrun this car. This police car is capable of a top speed of over 186 mph. It can also sprint to 60 mph in a speedy 4.6 seconds. Such cars are rather expensive and you’re unlikely to get one of those on car finance. Experts at creditplus.co.uk have estimated that you’d have to pay at least double the standard £81,000 price tag to account for the modification expenses.

Another German police car favorite is the Brabus CLS Rocket. This Mercedes-Benz model has been commissioned for police work through the help of Brabus, a tuning-outfit of Mercedes. The Brabus CLS Rocket is said to be the world’s fastest legal sedan. It is fitted with a twin-turbo V12 engine with 730 bhp. This may seem too much for a police car, but it may be the best deterrent to those who want to test the German police in a car chase. The top speed of this police car is just over 225 mph. Law breakers who want to test their cars with the police should definitely think twice if they want to challenge this police car. They will almost certainly find themselves being outrun and under arrest in no time when the Brabus CLS Rocket is involved.

The US also has a decent list of contenders for the title. The Dodge Charger and the Dodge Viper are already part of the police fleet. These cars are modified to provide the police with a car to deal with lawlessness on the street. These supercharged cars can compete head-on with other sports cars that are commonly on the streets and highways. The Corvette C6 and the Ford Mustang are also currently carrying the distinct livery. The number of high-performance super cars serving the law is relatively low and in many cases they will have to commandeer a helicopter to carry out a successful high-speed pursuit.

Italy, as you can imagine from the number of sportscar makers that are based there, also has a number of contributions when it comes to the world’s fastest police cars. The Italian police force is currently deploying another Lamborghini Gallardo after the company donated one to the police. With a 166,000 US dollar price tag and a 5 litre, V10, 500 bhp engine, this is something the police can be proud of in Italy.
Surprisingly, even the UK has a few desirable police cars including the Lamborghini Gallardo and Lotus Exige. Luckily, high-speed pursuits rarely occur in the UK mainly because the narrow roads and traffic congestion. 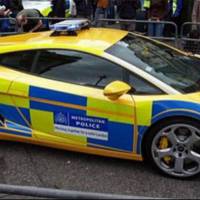 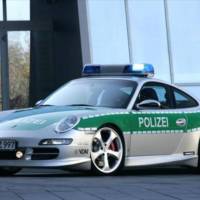 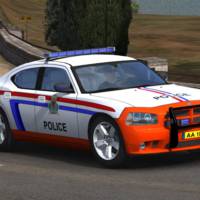 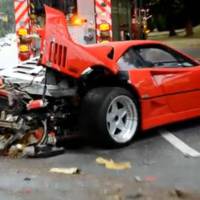 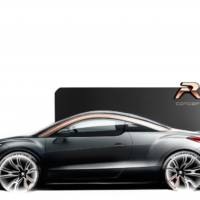