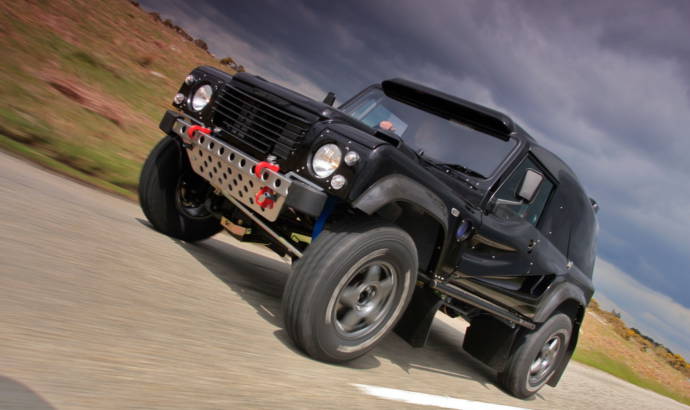 The first road legal Wildcat 300STR off-roader has been launched. Powered by a 4.0-litre Rover V8 engine the Wildcat 300STR is able to accelerate from 0 to 60 mph in 5.8 seconds and reach ‘3-figure speeds’ while also delivering decent economy and emission figures.
The Wildcat 300STR is four-wheel drive and its occupants will benefit from features like air conditioning, bluetooth, iPod dock and
stereo hi-fi.
Besides the Wildcat 300STR, the company also offers the 400NSR which is a competition model and the 500DKR equipped with a full rally raid package.
For more details regarding the Wildcat 300STR check out the official release after the jump.
Wildcat press release :
Since Qt Services took over production of the Wildcat, they have
developed and launched what can only be described as the meanest road
legal off-road vehicle, equally at home in the City of London as it
would be in the deserts of North Africa.
Powered by an ultra-reliable, 4 litre Rover V8, the 300STR is capable
of 3-figure speeds over completely unmade terrain, something that even
the ubiquitous Range Rover Sport would look askance at.  The secret of
the success of this model is the suppleness of its chassis and
suspension, derived from its big brothers that compete in ‘raid’ events
such as the gruelling Dakar Rally, which makes it surprisingly easy and
comfortable to drive.  And in spite of its incredible performance
figures – 0-60 in 5.8 seconds – the Wildcat manages to achieve a good
balance between performance and economy.
The car pictured not only has the usual Wildcat features that make it
almost unbreakable – fully welded tubular chassis, 4-wheel drive,
5-point harnesses, heavy duty differentials and drive-shafts – but also
creature comforts such as air conditioning, bluetooth, iPod dock and
stereo hi-fi.  The boss of Qt Services, Dave Marsh, denies his wife
wanted one modified for shopping but does admit to the chassis’
versatility allowing for a certain amount of customising: "If you
consider that the 300STR is essentially a two-seater, there are a number
of options open to you and this first production 300STR has been
specified with rear storage for the new owner’s golf clubs.  We’d love
to be there when he rocks up to the clubhouse and parks it next to the
Astons and Mercedes! Definitely a head-turner."
Depending on your style of driving, there are three Wildcat variants
to choose from – the 300STR (described here), the 400NSR which is a full
competition model designed for hill rallies and tout terrain events and
the top spec 500DKR which has the full rally raid package for serious
and seasoned competitors.
For further information regarding the 300STR (or any of the models in
fact) check the Wildcat website www.qtwildcat.com
or call +44 (0)1579 349688 and ask for Andrew Smallridge. 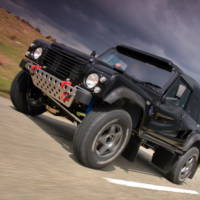 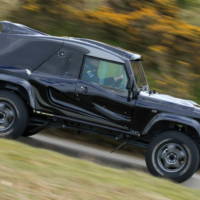 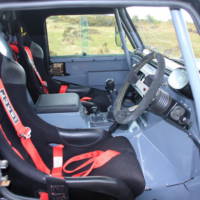 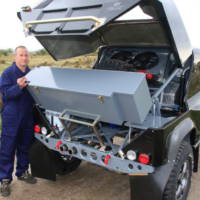 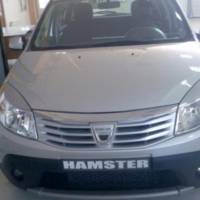 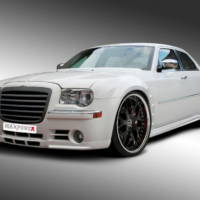