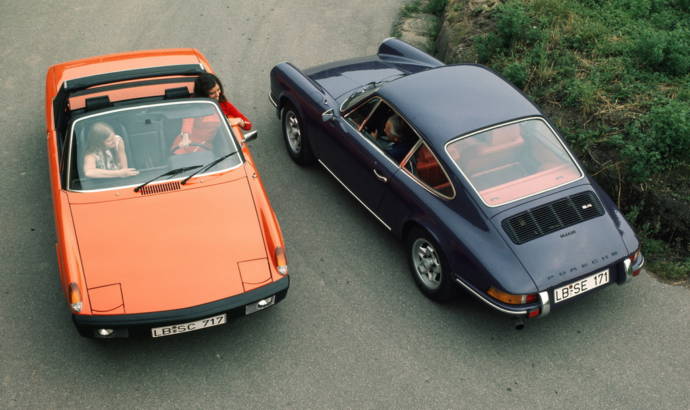 Porsche AG released a set of photos marking the anniversary of two models that back in the mid 60’s were developed together with Volkswagenwerk AG (Volkswagen today). The two models are the VW-Porsche 914 and 914/6 designed by Ferry Porsche as part of a join venture with VW. Despite their outstanding performance at the time, the brand name association didn’t turn out as well as planed for the VW-Porsche 914/6 powered by a two-litre flat-six engine, commonly referred to as the “People’s Porsche” by the press that ended up manufacturing only 3,338 units. On the Other hand the VW-Porsche 914 had a different faith, becoming a genuine success in the market with 115,631 units produced by 1976 and still acknowledged as a popular classic even today.
Thes 40th anniversary VW-Porsche 914 is celebrated at the Porsche Museum with a rare special exhibit on display from 9 April – 10 May 2009.
Porsche press release:
Everything remained very quiet when today’s Dr. Ing. h.c. F. Porsche AG established VW-Porsche-Vertriebsgesellschaft mbh, the VW-Porsche Sales Company, together with Volkswagenwerk AG, as it was called at the time, in April 1969.
Holding stock capital of DM 5 million, the new company launched the strategy of success for two sports cars still carefully held back from the public pending their final presentation: the VW-Porsche 914 and 914/6.
The establishment of the VW-Porsche Sales Company marked the beginning of a true story of success – and the fortunate end of a dramatic development. Back in the mid-60s VW was looking for a successor to its then rather outdated Type 34 sports coupe, better known as the “Karmann Ghia”. At the same time Porsche was striving to expand its position in the market with a sports car in the promising segment beneath the 911.
Facing this challenge Ferry Porsche and VW’s CEO Heinrich Nordhoff agreed in spring 1966 on a joint venture destined to benefit both parties: Porsche was given the assignment by Volkswagen to develop a low-cost mid-engined sports car intended to enter the market as a Volkswagen with four cylinders and as a Porsche with a six-cylinder boxer engine.
With the development process continuing at a good pace, the Board of Management of VW was suddenly confronted with a tragic change: Heinrich Nordhoff died unexpectedly in 1968 and Kurt Lotz was appointed the new Chief Executive Officer. Lotz rescinded the contract agreed verbally and insisted on Volkswagen receiving the sole and exclusive sales rights for the car being developed by Porsche. After long and tough struggles bringing the 914 to the brink of failure more than once, the two companies agreed in a compromise to call the new car the “VW-Porsche” and to market this new model through a joint sales network.
The VW-Porsche 914 was presented at the Frankfurt Motor Show on 11 September 1969 as the first mid-engined sports car built in Germany in series production. The combination of the two brand names Volkswagen and Porsche nevertheless turned out to be an image problem for the new model series commonly referred to by the press as the “Volksporsche” or “People’s Porsche”. This was a particular disadvantage for the 914/6 powered by the two-litre flat-six carried over from the 911 T 2.0. For despite its outstanding performance, the 914/6 was hardly accepted by most of Porsche’s existing customers.
The four-cylinder VW-Porsche 914, on the other hand, became a genuine success in the market, accounting for a production volume of 115,631 units until the series ceased production in spring 1976, and thus becoming the best-selling sports car of its time.
Most of the cars built were exported to the United States, where the 914 was marketed as a genuine, fully-fledged Porsche without the VW prefix.
Today the VW-Porsche 914 is acknowledged as a popular classic supported by numerous 914 clubs the world over. Particularly the 914/6 built only 3,338 times is one of the most sought-after collector cars from Porsche.
The Porsche Museum is celebrating the 40th anniversary of the 914 model series with a rare special exhibit on display from 9 April – 10 May 2009: the Porsche 914/8 with its 300-bhp eight-cylinder racing engine once owned by Ferry Porsche himself. With only two of these cars ever being built, one was presented to Ferry Porsche in 1969 as a special gift for his 60th birthday. 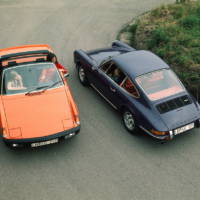 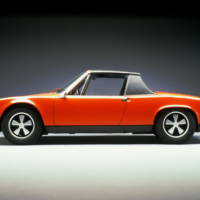 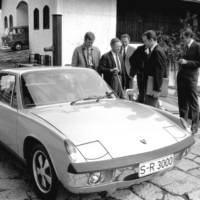 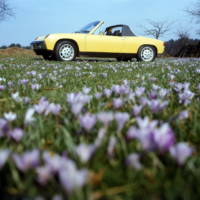 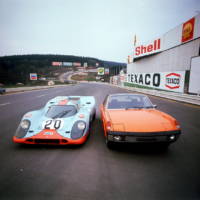 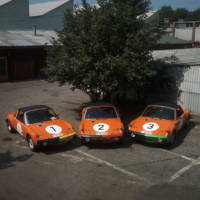 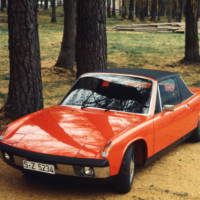 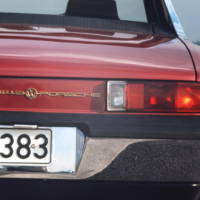 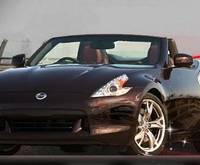 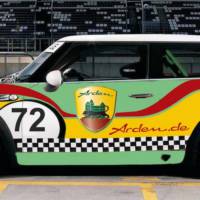