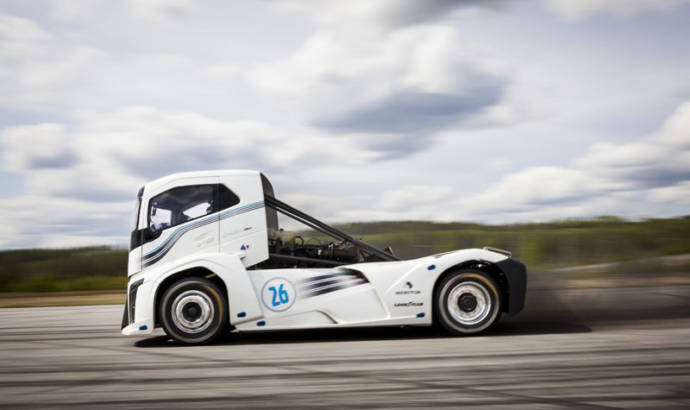 Volvo Iron Knight is the fastest truck in the world

After it got bored filming commercials with Van Damme and girls that destroy everything in their way with a truck, Volvo decided to go after a world speed record. So it started build a one of a kind machine: the Iron Knight truck.

With 2400 hp, 6000 Nm of torque and weighing 4.5 tonnes, the Iron Knight has a power-to-weight ratio above 0.5 hp/kg. The mid-mounted engine is a modified D13 unit with water-cooled intercooler and four turbochargers. The I-Shift Dual Clutch transmission maintains torque delivery during gear changes. Apart from a reinforced clutch (the discs and pressure plates are made of a sintered material), the Iron Knight uses the same gearbox that is fitted to series-manufactured Volvo FH trucks.


For the safety of the driver, the cab is aerodynamically optimised, made of fibreglass. The side-skirts have large air intakes to supply the engine with cooling air. With this performance on tap, is no wonder the Iron Night reached a top speed of 276 km/h.

And now the historic performance. Volvo Iron Knight is the world’s fastest truck: twice over. It has beaten the speed record in the standing-start 500- and 1000-metre categories. The record-breaker is custom-built in every respect apart from the engine and the series-manufactured I-Shift Dual Clutch transmission.

With an average speed of 169 km/h and a time of 21.29 seconds, The Iron Knight beat the international speed record for 1000 metres from a standing start. It also beat the corresponding record for the 500-metre distance, at 131.29 km/h and 13.71 seconds. The record run was carried out at a closed-off test track in northern Sweden.

Behind the wheel of The Iron Knight was Boije Ovebrink, who has more than 30 years’ experience of both car and truck racing. He has previously beaten five speed records and in 1994 was European Truck Racing Champion. 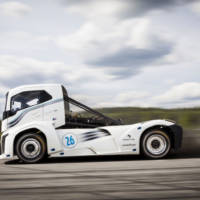 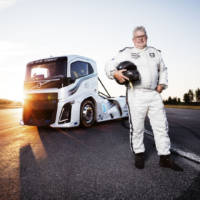 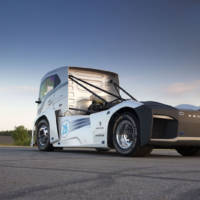 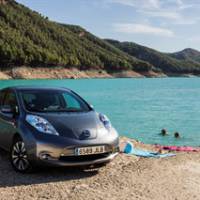 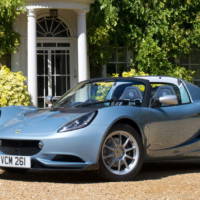