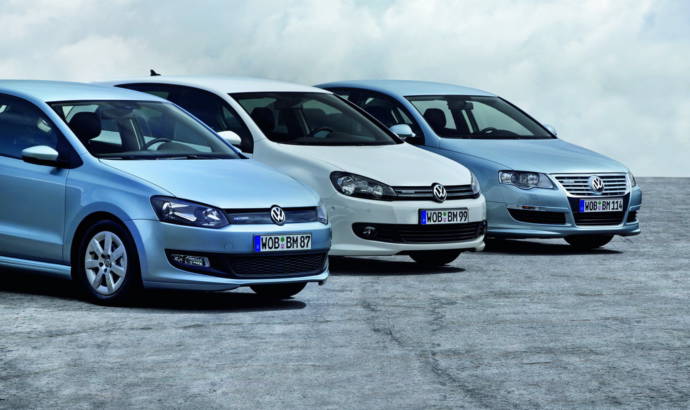 Volkwagen released further information regarding their environmental friendly Polo, Golf and Passat models that are under the BLueMotion badge.
In 2006 the Volkswagen Polo was the first BlueMotion Generation that was able to return 3.9 litres per 100 Km due to its advanced technologies. Now the second generation Volkswagen Polo BlueMotion can cover 100 Km on just 3.3 litres of fuel or the equivalent of 3.50 Euros. Statistics show that the average German driver who covers a total of 11,000 Km per year will need to fill-up a Volkswagen Polo BlueMotion only eight times and spend around 385 Euros per year.
For the Volkswagen Golf BlueMotion owners travelling 100 Km will cost 4.00 Euros while 4.70 Euros are needed for traveling the same distance in a Volkswagen Passat BlueMotion.
The Golf BlueMotion is the most fuel-efficient car in its class with a fuel consumption figure of 3.8 litres of diesel per 100 Km while the Passat BlueMotion needs 4.4 litres of diesel.
All three VW BlueMotion models feature regenerative braking systems, a Stop-Start system and refined aerodynamic components.
The Volkswagen Passat BlueMotion
Volkswagen press release :
Wolfsburg, 26 October 2009 – “BlueMotion” is the best known German automotive environmental label. It debuted in 2006 with the first generation of the Polo BlueMotion, and its combined fuel con sumption figure of just 3.9 litres per 100 kilometres was the best in the world for a five-seat car. At the same time, this Polo represented the beginning of a product offensive being conducted today under the “BlueMotion-Technologies” umbrella brand, which is as unique as it is successful. Volkswagen is now presenting the three key high-volume models in its range as newly designed BlueMotion versions: the Polo, Golf and Passat. All three Volkswagens are equipped with an exceedingly innovative high-tech package, yet they are affordable for all car drivers. This package includes new common rail TDI engines, recovery of braking energy by regenerative braking, a Stop-Start system and refined aerodynamic components.
With combined fuel consumption values of 3.3 litres (Polo), 3.8 litres (Golf) and 4.4 litres (Passat), the three new Volkswagens are taking centre stage as the world’s most fuel-efficient models in their size classes. Delivery of the first Golf BlueMotion and Passat BlueMotion (each 77 kW / 105 PS) cars will begin this year, while the production launch of the Polo BlueMotion (55 kW / 75 PS) will follow at the beginning of 2010. The Golf BlueMotion and Passat BlueMotion can be ordered right now. Advance sales of the Polo BlueMotion will begin later this year. All three new models show what is technically feasible when the best available yet affordable technologies of our times are combined. Clearly, the Polo BlueMotion, Golf BlueMotion and Passat BlueMotion are cars that perform on the environmental level of tomorrow’s world, yet are already available today.
Polo: 100 Kilometres for 3.50 Euros
Each of the new BlueMotion models sets a benchmark for fuel economy, emissions and costs in its own segment. Take the example of the Polo BlueMotion: The second generation of this trendsetter, with a combined fuel consumption of just 3.3 litres diesel (equivalent to 87 g/km CO2!) per 100 kilometres, is aiming to become the "3-litre fuel economy car" of the modern era and the most economical five-seater in the world. Its 45 litre fuel tank enables a theoretical driving range of 1,363 kilometres! This makes the commute to work, driving holiday or long weekend affordable again. A person driving from Hanover – the site of the press presentation for the new Polo BlueMotion – to Venice can cover the 1,148 kilometre journey for just 40 Euros in fuel costs. That is because 100 kilometres cost just 3.50 Euros in the Polo BlueMotion. Another measure of cost effectiveness: according to the German Federal Bureau of Statistics, the average German car driver covers a total of 11,000 kilometres per year. For Polo BlueMotion owners this means that they only require eight fill-ups per year at a fuel cost of 385 Euros.
Golf: 100 Kilometres for 4.00 Euros
Only marginally less economical than the Polo is the new Golf BlueMotion. Thanks to a fuel consumption of just 3.8 litres of diesel (99 g/km CO2), it is the most fuel-efficient car in its class. Its theoretical range is 1,447 kilometres (55 litre tank). If – in the northern European autumn – a person begins to long for the pleasant late-summer temperatures of the Côte d’Azur, the new Golf BlueMotion can fulfil this wish extremely economically: On the journey from Hanover to Monte Carlo, a considerable distance of 1,260 kilometres, the most fuel efficient Golf of all times consumes just 51 Euros of fuel! On a 100 kilometre basis that represents just 4.00 Euros.
Passat: 100 Kilometres for 4.70 Euros
The range of the new Passat BlueMotion is impressive. With a combined fuel consumption of just 4.4 litres diesel (114 g/km CO2) and a 70 litre fuel tank, it can cover 1,591 kilometres! Even the route from Hanover to Rome (1,552 kilometres) could be driven without a fuel stop. At the end of the journey, the driver could refuel the Passat BlueMotion to the brim for just 73 Euros in Rome. That is equivalent to 4.70 Euros per 100 kilometres. Today, no other car of this size (4.77 metres in length) in the world travels more economically. And this not only applies to the saloon; identical fuel economy is also attained by the Passat Estate BlueMotion which will arrive in showrooms soon.
Common Rail TDI + Stop-Start + Regenerative Braking
The BlueMotionTechnologies aboard the three super-economy cars make up a comprehensive package of extremely diverse high-tech components and efficiency solutions. Building the foundation for the extremely low fuel consumption and emissions values of these cars are their new common rail TDI engines with modified engine management software and reduced idling speed. At the heart of the Polo BlueMotion is a 1.2-litre TDI with three cylinders, while the Golf and Passat are each powered by a 1.6-litre TDI with four cylinders. A gear-shift indicator integrated in the instrument cluster shows the most energy-efficient gear for the current driving conditions. Other BlueMotion features include recovery of braking energy (regenerative braking), a Stop-Start system, low rolling resistance tyres, especially lightweight and aerodynamic wheels styled according to the specific version, lowered suspension (Golf) as well as sporty design modifications and a customised interior. 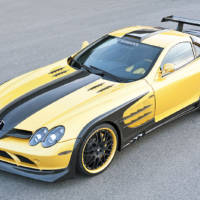 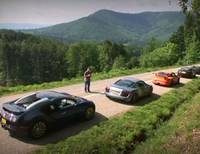