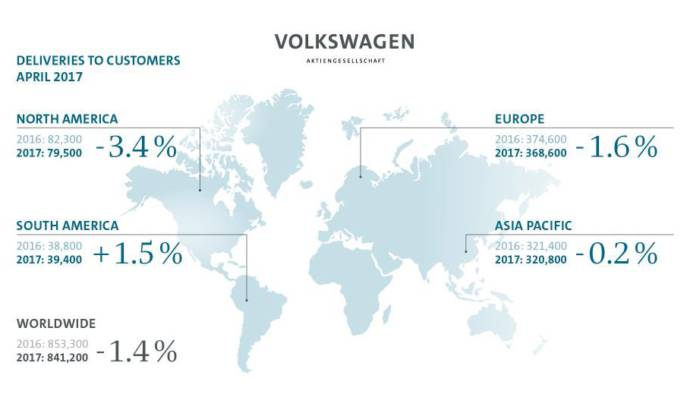 Volkswagen Group already demonstrated Dieselgate has not shaken its sales or revenues. And 2017 seems to confirm this once again. Since the beginning of the year, the Volkswagen Group has handed over 3.3 million new vehicles to customers. In April though, the Group delivered 841,200 vehicles, which is -1.4% compared to the same month of 2016.

In Central and Eastern Europe, strong growth has been observed since the beginning of the year. Compared with the corresponding period of the previous year, Group deliveries grew by 12.0 percent to 233,200 vehicles. In April, the Group boosted deliveries in the region by 11.1 percent to 63,600 vehicles.

In the North American market, the Volkswagen Group delivered 293,200 vehicles from January to the end of April (+3.3 percent). 79,500 vehicles were handed over to customers in April, a fall of 3.4 percent. In April, 52,000 customers in the USA took delivery of a new vehicle from the Group, representing a rise of 3.0 percent.


Deliveries in the Asia-Pacific region in April reached 320,800 vehicles (-0.2 percent). In total, 1.3 million vehicles (-5.3 percent) were handed over to customers in the region in the first four months of the year. On the Chinese market, Group deliveries reached 299,700 vehicles in April (+1.5 percent), rising again for the first time since the beginning of the year. 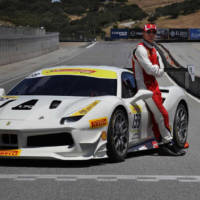 PREVIOUS 16 May 2017
Michael Fassbender is now a racer 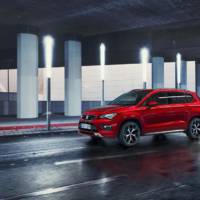