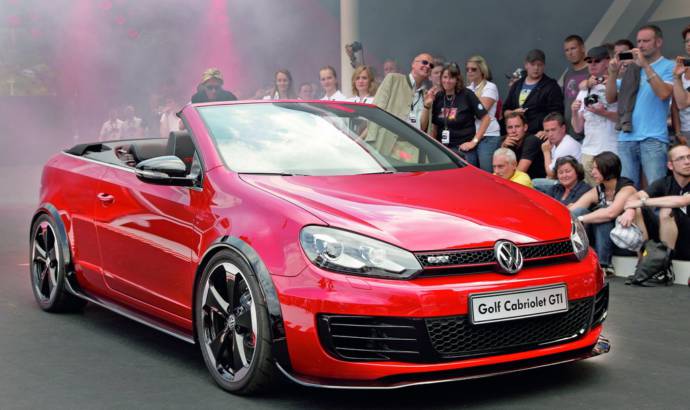 A second concept, apart from the Golf R Cabriolet, showcased by VW at this year’s Worthersee meet in southern Austria is the Golf GTI Cabriolet, although in this instance the automaker remained silent as far as technical details.
We have a feeling thought that the Volkswagen Golf GTI Cabriolet uses the same 2.0-litre TFSI as the hard top hatch version, which means it has a total output of 210 horsepower. That is in case they didn’t go with the detuned 2.0-litre 4-cylinder turbo from the Golf R that has also been used in the Golf GTI Edition 35 which packs 235 HP.
In terms of styling the Volkswagen Golf GTI Cabriolet has been dressed with a series of upgrades that include new bumpers and front spoiler lip, a new diffuser, honeycomb pattern upper and lower grilles, GTI specific accents and a set of 5-spoke design, black alloys that resembles the one on the RS3.
At the interior we can spot a full leather package highlighted by contrasting red stitching and the GTI letters embroidered on the headrests. 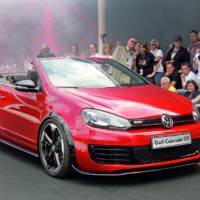 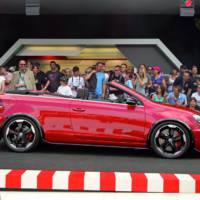 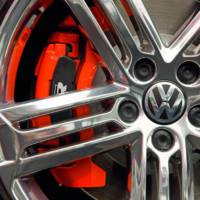 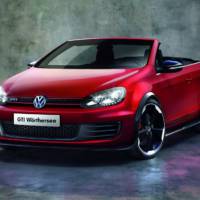 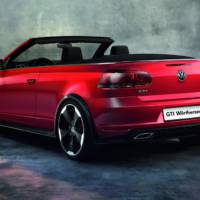 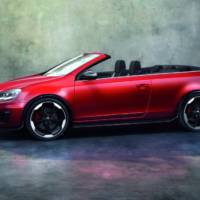 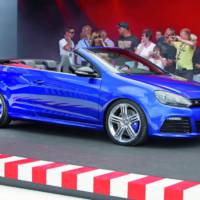 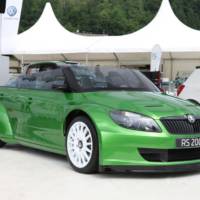