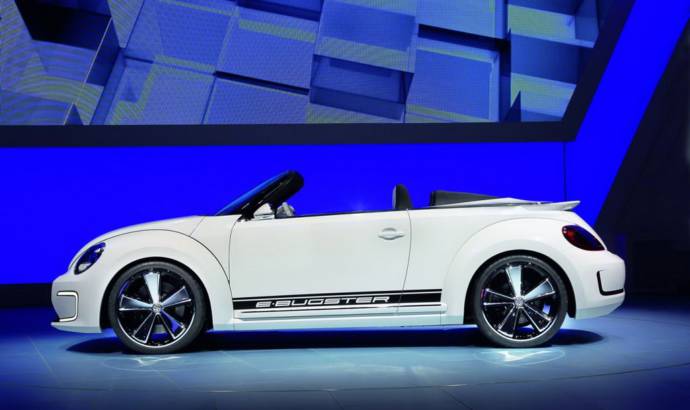 The Volkswagen E-Bugster Speedster will be showcased at the 2012 Auto China in Beijing starting from today, so the German automaker has released the first photos and details referring to this new Concept version.
As you may recall the coupe version E-Bugster was unveiled at the Detroit Motor Show in January, and now the hard-top on the electric concept has been removed as the company wants to showcase the potential for their future all-electric drivetrains.
The E-Bugster measures 4,278 mm in length and 1,838 mm in width (same length as the standard Beetle and 30 mm wider), and rides on 20 inch alloy wheels with 235.35 tyres.
The electric motor and lithium-ion batteries inside the E-Bugster provide 115 PS (85 kW) and 28.3 kWh respectively, enough to make it sprint from 0 to 60 mph in 10.9 seconds and enable a 110 miles driving range.
Recharging the vehicle’s batteries through a fast charging function will take 35 minutes.
What differentiates the Speedster from the Coupe version E-Bugster is the 90 mm lower windscreen and also the shape of the panel that covers the lithium-ion batteries behind the seats. 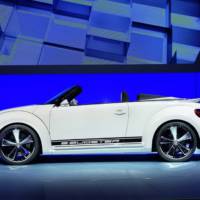 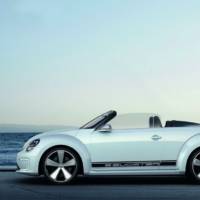 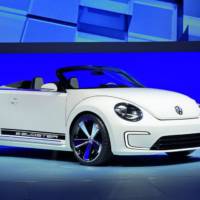 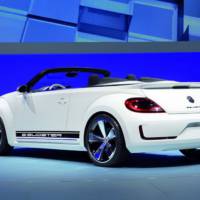 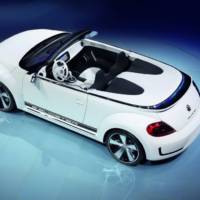 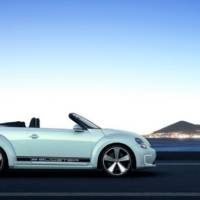 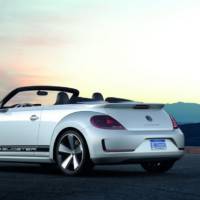 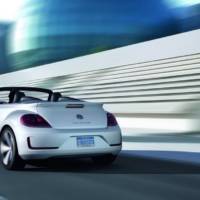 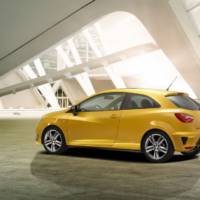 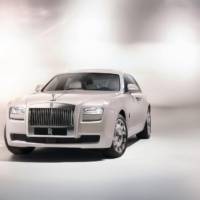