Autocar has already driven the new FF, and while they appreciated Ferrari’s new 7 speed semi automatic four-wheel-drive transmission they also said the car’s systems do not allow much interaction from the driver.
Well this latest review comes from AutoExpress who tested the Ferrari FF during the media launch and they pretty much say the same thing. They are definitely convinced that the FF is going to be most exciting car to be launched in the UK this year, and while the 651 HP from under the bonnet combined with the unique FWD system and the practicality of two full rear seats and a large boot is definitely creating an appealing package, there are some minor flaws like the steering wheel which is a little numb sometimes, and the driver experience is not as engaging as in other Prancing Horse models.
Overall the Ferrari FF is ‘an amazing piece of technology’ which is both powerful and also comfortable, and for those who search for sensations that are a bit more extreme, then the 458 Italia is most likely what they’re looking for.
P.S. If the roads on which this test drive was conducted look familiar, it is because these are the same on which the first Ferrar FF crash occurred. 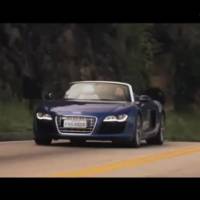 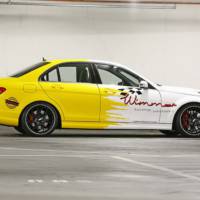