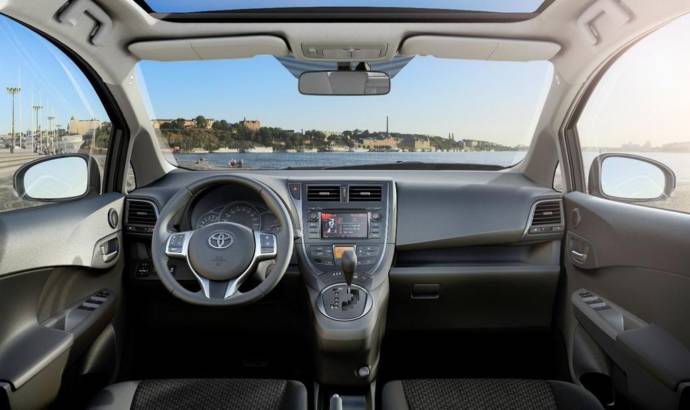 The Japanese car maker announced that it will premiere the Toyota Verso-S, a new MPV for the B-segment, at this year’s Paris Motor Show.
The Toyota Verso-S is expected to be launched on the market at the beginning of 2011, and the car which measures less then 4.0 meters represents an ‘object lesson in space management’. The Toyota Verso-S features a smart design with a spacious interior and unfortunately this is pretty much all we can say about it, as technical details will remain secret until the car’s public unveil.
Besides the Toyota Verso-S the Japanese car maker will also bring the pug-in hybrid version Prius to Paris, and it will also present the refreshed interior of the new Toyota iQ and Aygo.
The Toyota Verso-S price will also remain unknown until the small MPV will get closer the the on-sale date.
Toyota press release :
* World premiere of Verso-S, Toyota’s new B-segment MPV
* Verso-S expected for UK launch in early 2011
* 10 years of Toyota full hybrid technology
* Prius Plug-in Hybrid and the future development of Hybrid Synergy Drive
* Announcement of new iQ interior and multimedia system for Aygo
Toyota will signal its return to the mini-MPV segment at this year’s Paris motor show with the world debut of the new Verso-S. It will also celebrate 10 years of full hybrid technology and look to its future development with Prius Plug-in Hybrid.
Introducing Verso-S
Toyota is set to re-enter the B-MPV segment with the Verso-S, an all-new model that will make its world debut at the Paris motor show, prior to anticipated launch in the UK early in 2011.
Small, spacious and smart, Verso-S is an object lesson in space management. Although it has the shortest overall length of any B-segment MPV in Europe – less than four metres – careful attention to detail and a practical, flexible interior design have maximised usable space, comfort and perceived quality.
Further details and specifications will be announced on the Paris motor show press day on 30 September.
Toyota leadership in full hybrid technology
Toyota is making its Hybrid Synergy Drive (HSD) technology the focus of its stand, reflecting the recent launch of the British-built Auris HSD – the first full hybrid in the C-segment – and European Prius sales passing the 200,000 mark.
The modularity of HSD makes it readily adaptable to make use of different power sources. This is reflected in Prius Plug-in Hybrid, 200 of which are now on the road around the world in selective lease programmes – including 20 in London – paving the way for being marketed globally in 2012.
Toyota’s presentation at Paris will include the Hybrid Synergy Drive Gallery, an interactive exhibition which charts the company’s drive towards sustainable mobility through its development of HSD for use in Plug-in Hybrid Vehicles (PHV), Electric Vehicles (EV) and fuel Cell Hybrid Vehicles (FCHV).
The future expansion of HSD technology into other market segments will be represented by the FT-CH Concept, which makes its European debut at the show, Toyota’s first proposal for a full hybrid for the small compact car segment.
Upgrades for iQ and Aygo
Paris will also see the announcement of a new interior finish for iQ, increasing the level of perceived quality and introducing a new colour scheme, and a new, easy-to-use multimedia system for Aygo.
Toyota will host a press conference on its stand in Hall 4 of the show at 8.45am on Thursday, 30 September. 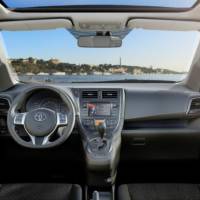 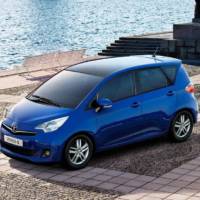 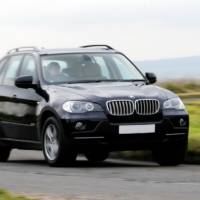 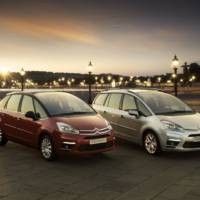