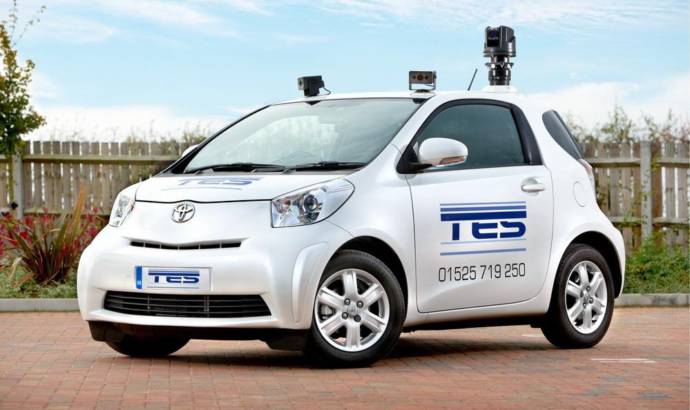 The Toyota iQ traffic-surveillance car represents a supplier’s initiative to replace the current 45 small-car fleet belonging to the local authorities in Bedfordshire, UK.
The company says their Toyota iQ traffic-surveillance car is the perfect choice for Traffic Enforcement Systems of Pulloxhill in Bedfordshire, witch are responsible for traffic regulation and community safety.
Inside the Toyota iQ traffic-surveillance car a range of mobile CCTV and GPS systems are fitted while thermal-imaging cameras and numberplate-readers may also be fitted.
What comes into Toyota iQ’s advantage is the fact that the 3-door hatchback can carry lots of weight offering enough payload and space for two police operators instead of one that is now fitted in the Smart Car.
The Toyota iQ 1.0-litre automatic returns 60mpg in a combined cycle with CO2 emissions as low as 110g per km.
Toyota press release :
A supplier of traffic-surveillance cars to local authorities and police forces has started trialling Toyota iQs, with a view to replacing its current small-car fleet.
Capacity and reliability of the small three-door hatchbacks are key attractions for Traffic Enforcement Systems, of Pulloxhill in Bedfordshire. At present TES operates 45 Smart Cars, which are hired out to bodies responsible for traffic regulation and community safety. The vehicles are fitted with a range of mobile CCTV and GPS systems, and specialist equipment such as thermal-imaging cameras or numberplate-readers may also be fitted.
In search of a small car with greater payload and space, TES has now bought and fitted out a Toyota iQ 1.0-litre automatic as a customer demonstrator, and has just ordered a second vehicle. “We’re getting a lot of good reviews at the moment,” says Managing Director Clive Paul. “Manchester Police, for example, are very keen to take the prototype for a full trial, and if they like it they’ll switch to iQs. We have also shown it to Devon & Cornwall Police, who were very impressed and have been in contact with TES to arrange a long-term trial.”
“The most important thing about the iQ is that it can carry more weight,” says Mr Paul. “At present, when carrying all the equipment and two operators we’re right on the borderline. We‘ve been having to make everything with aluminium to reduce weight, which adds substantially to our costs.”
The iQ solves this problem, as its gross vehicle weight is 150kg higher at 1200kg. “Manchester Police say they like the idea of being able to carry two operators, because with all their body armour and so on, at present they can carry only one. Police officers also tend to be over 6ft tall, so they can often use only women officers in the cars. The iQ has loads more space than the Smart Car.”
Weight and space are not the only considerations. “It’s very important that we offer

manoeuvrable small cars that can enforce traffic regulations without being an obstruction themselves,” says Mr Paul. “Also, councils are extremely eco-conscious.” The Toyota iQ 1.0-litre with multidrive returns 60mpg combined, with CO2 emissions of 110g/km.
“We specify automatics because we have a lithium-ion battery in the back powered from the alternator, and the automatic has a larger alternator,” explains Mr Paul.
Surveillance and other equipment specified by customers can weigh around 60kg, and installation involves stripping out the car’s interior, including back seats, running in cabling, adding reinforcement for the roof-mast and installing a compressor. Fitting-out, which can take up to five weeks, is carried out at TES’s Pulloxhill base, as is routine servicing and maintenance of equipment. Maintenance and servicing of vehicles would be undertaken by Toyota.
With the reliability of modern camera systems, Clive Paul says that TES needs a car to match, to ensure that costly downtime is minimised. “Toyota has the reputation for reliability we need,” he says. TES replaces its vehicles over two to three years, with 10,000 as the standard mileage. 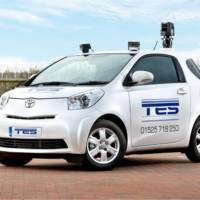 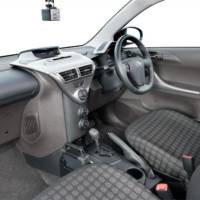 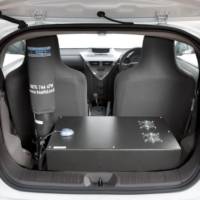 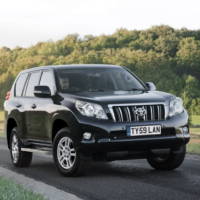 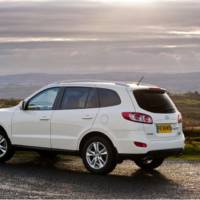