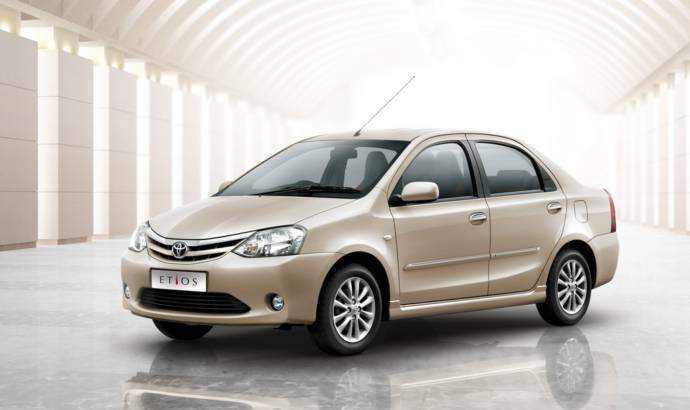 Pricing for the new Toyota Etios exclusively built for the Indian market has been announced, as the automaker is starting to accept orders for their new compact model.
The Toyota Etios sedan was been developed over a 5-year period by Indian engineers with direct consumer input and aimed towards the needs of middle class consumers, and starting from April the manufacturer wants to introduce the hatchback version as well, which will be called the Toyota Etios Liva.
Engine production for the Toyota Etios will begin in autumn 2012 while the Etios transmission production is scheduled to begin in 2013.
The sedan version Toyota Etios will extract power from a 1.5-litre engine for which performance remains unrated, while the hatchback variant will use a 1.2-litre engine.
Th car measures 4.2 m in length, 1.69 m in width and 1.5 m in height, and the automaker plans to sell 70,000 units Toyota Etios, from each body style  yearly.
The Toyota Etios price will range between 496,000 – 686,500 rupees.
Toyota press release :
Bangalore, India, December 1, 2010—Toyota Motor Corporation (TMC) announces that Toyota Kirloskar Motor Private, Ltd. (TKM), TMC’s production and sales subsidiary based here, today started taking orders through dealerships nationwide for the "Etios"1, a compact car newly developed specifically for the Indian market.
The Etios, developed over a five-year period with the help of numerous Indian engineers and with direct consumer input, is aimed at meeting the needs of middle-class consumers, a market segment that is expected to expand rapidly as the Indian economy develops further. Reflecting its "one class above" theme, the Etios’ styling evokes status, and, along with a roomy interior with abundant storage space, offers a smooth ride even in demanding conditions, making it an extremely appealing vehicle. TKM also plans to launch a hatchback version, the "Etios Liva"2, in April 2011.
At a Bangalore event to mark the announcement, TMC President Akio Toyoda, emphasizing that Toyota has long strived to provide consumers everywhere with products that meet their needs, said: "The all-new Etios reflects our determination to serve an even-broader range of customers here with genuine Toyota quality."
When developing the Etios, TKM aimed for and achieved a high local-procurement rate of parts to create a vehicle with strong ties to the Indian market. Production of the vehicle will create more than 2,000 jobs at TKM’s second plant and approximately 500 jobs at Toyota Kirloskar Auto Parts Private Limited, where Etios engine production is scheduled to start in autumn of 2012 and Etios transmission production in early 2013. TKM is also planning exports of the vehicle.
Under its founding philosophy of contributing to society through the manufacture of automobiles, TMC—around the world—strives to supply high-quality products that are suited to regional conditions and that are reasonably priced, and to contribute to the development of automobile industries by creating jobs and developing human resources.
Overview of the Etios Series
Body Type – Sedan
Engine – Newly developed 1.5 liter engine
Dimensions- Length: 4,265 mm; Width: 1,695 mm;Height: 1,510 mm
Annual Sales Target – 70,000 units
Price Range* – 496,000 – 686,500 rupees
Body Type – Hatchback
Engine – Newly developed 1.2 liter engine
Dimensions – T.B.A.
Annual Target Sales – 70,000 units
Price Range – T.B.A. 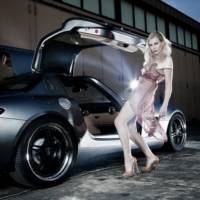 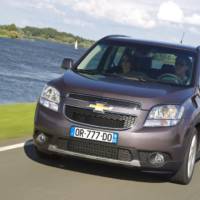