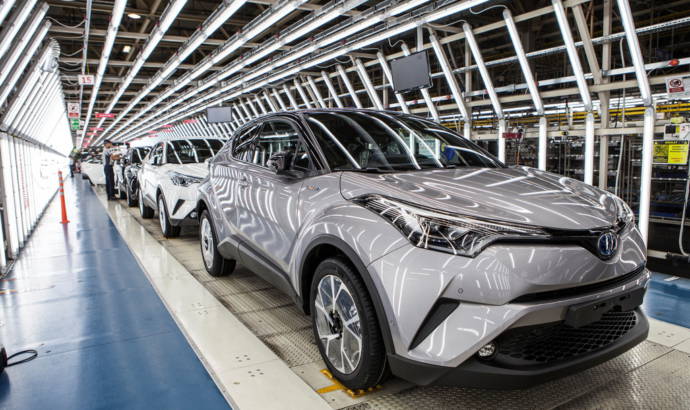 Toyota has started the production of the brand-new C-HR SUV in Sakarya plant in Turkey. We are talking about the same plant that assembles the Corolla and Verso models. According to Toyota this is the first hybrid model to be built in the country.

“The Toyota C-HR is a hugely important product for the whole of Toyota, not just for Toyota Motor Manufacturing Turkey. The crossover segment is growing fast. This car is Toyota’s very strong entry to this segment,” said Dr Van Zyl, Toyota Motor Europe (TME) President and CEO, during the line-off ceremony at the factory.

As you already know, Toyota C-HR is based on the new global architecture (TNGA) and it is also the first Toyota that is manufactured outside Japan.

“TNGA is our new philosophy of vehicle creation and part of our initiatives for building ever-better cars. Toyota will gradually expand the production of vehicles based on TNGA,” added Moritaka Yoshida, President of the Mid-size Vehicle Company within Toyota Motor Corporation.

Unfortunately, the US market haven’t seen yet the new C-HR. According to Toyota, the model will be officially revealed during the Los Angeles Auto Show in November. This delay was caused by the fact that Toyota discontinued the Scion brand in the US.

Unfortunately, Toyota hasn’t announced the powertrains that will be available in the States, but in other markets the Japanese model is offered with two petrol units and with a hybrid powertrain. We are talking about a 1.2 liter turbocharged engine rated at 114 horsepower matted to a six speed manual transmission or to a CVT and about a 2.0 liter 142 horsepower which will come only with a CVT.

The hybrid version is offered with the 1.8 liter engine and with an electric motor. In total, the hybrid powertrain offers 120 horsepower. The all-wheel drive system will be offered as an optional. 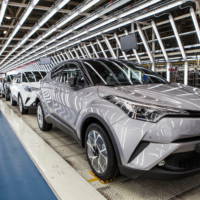 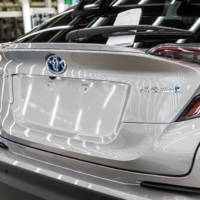 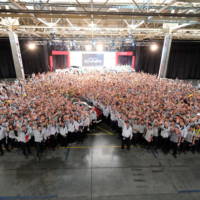 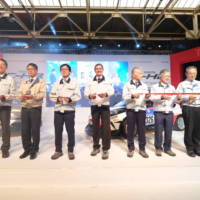 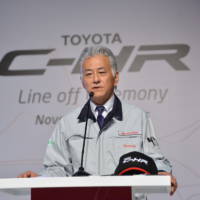 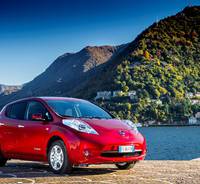 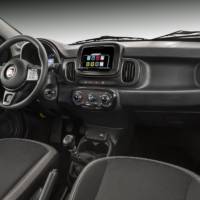