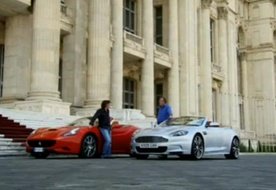 Top Gear is back on the screen with the Season 14 that aired Episode 1 last night on BBC 2. The show’s hosts, Clarkson, Hammon and May drive an Aston Martin DBS Volante, a Ferrari California and Lamborghini LP560-4 Spyder on a road trip trough Romania, starting from the sea side in Constanta and ending in the mountains (Fagaras) with a stop at the People’s Palace in Bucharest. We still didn’t see the footage with the supercar trio on Romania’s Transfagarasan as it will probably be aired in Episode 2. Transfagarasan is 2000 meters above the sea level offering spectacular scenery and more viaducts and turns than any other road in Romania.
Watch the Top Gear Season 14 Episode 1 in the Videos after the jump. 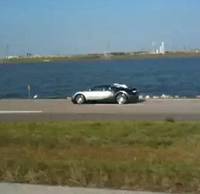 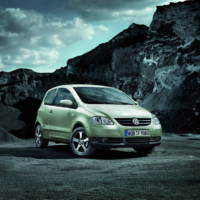