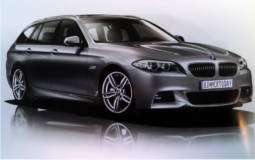 These pictures below are from a leaked brochure that has just surfaced online, and are showing the accessories included in the 2011 BMW Series 5 M Sport Package.

As you can see the 2011 BMW Series 5 M Sport Package offers a restyled, more aggressive front spoiler with larger air ducts, new side skirts, plus a new rear bumper that accommodates the two chrome tailpipes. 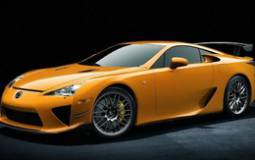 Gear shift time has also been improved from 0.20 to 0.15 and at the exterior the car features a larger spoiler, a rear wing painted black and new double spoke design alloy wheels wrapped in super sticky tires. 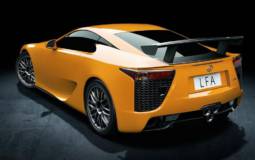 Official details with the Lexus LFA Nurburgring Package have just been revealed by the Japanese automaker.

The Lexus LFA Nurburgring Package is oriented towards ‘hardcore track driving enthusiasts’ and this unique version that celebrates the supercar’s entry in the Nurburgring 24 Hours race will be produced in a limited run of 50 units.

The Lexus LFA Nurburgring Package increases power coming from the 4.8-litre V10 by 10 BHP, which means it now has 562 BHP, while gearshift times have been improved by 0.15 seconds.