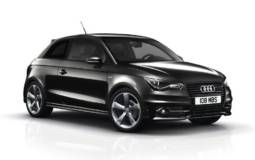 Audi A1 Contrast and Black Editions for UK

Audi’s A1 lineup for the UK has just got expanded with two new versions called the Contrast Edition and the Black edition, plus the automaker announced the introduction of a second engine in the diesel range, a 2.0 TDI rated at 143 PS and 320 Nm of torque, which supplements the existing 1.6-litre 105 PS TDI.

The Contrast Edition costs 1,350 GBP over the price of an equivalent A1 Sport and applies to all versions except the one fitted with the 185 PS 1.4 TFSI. The special features in this case are a contrasting colour roof line, 17 inch ‘five-arm’ design, bi-colour rims, a double blade roof spoiler and a number of aerodynamic styling elements. 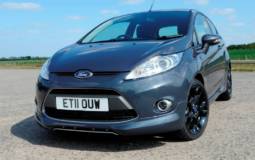 The Blue Oval is enhancing its Fiesta range with a special edition model based on the three-door 120PS Ford Fiesta Zetec-S, that is available only in the UK. 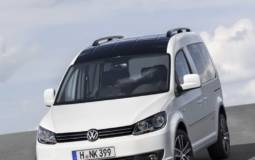 Volkswagen’s Commercial Vehicles division is showcasing a special edition Caddy at the 2011 IAA in Frankfurt.

The model is called the Volkswagen Caddy Edition 30, and comes ahead of the Caddy’s 30th anniversary from next year. On the list of special features for this model the automaker has added a gloss black roof, 17 inch machine polished alloys and special badges on the sliding doors, at the back of the car and on the door sills. 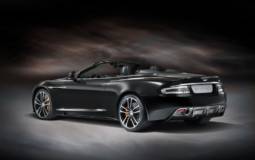 With the Aston Martin DBS Carbon Edition the automaker wants to replicate the success achieved with the DBS Carbon Black launched in 2009, and some ofthe unique features being offered this time including two new body colours (Flame Orange and Ceramic Grey) and 10-spoke design gloss black diamond turned wheels. 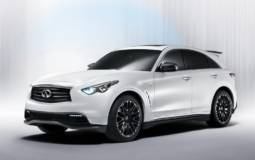 The Japanese from Infiniti have released a single photo with their Frankfurt bound FX Concept, an SUV designed with the help of Forumula 1 Champion and Red Bull driver, Sebastian Vettel.

The car’s technical details are still kept secret, but we can at least spot some of the features that make this particular FX a ‘concept’ in terms of appearance. 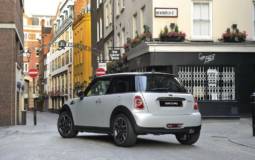 MINI is launching the Soho limited edition based on the hatch and convertible models. This new version wants to capture the success achieved with the MINI Soho Clubman edition last year and is part of the automaker’s plan of introducing special editions named after London boroughs, districts, streets and landmarks.

The MINI Soho will be available for both the Cooper and Cooper D models, with sales stretching from July until March 2012. 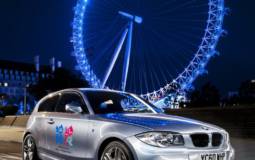 BMW is introducing two special edition models based on the 1 Series and 3 Series which celebrate BMW’s sponsorship of the London 2012 Olympic and Paralympic Games.

They are called the 1 Series and 3 Series Performance Edition and are inspired by BMW’s London 2012 Performance Team. 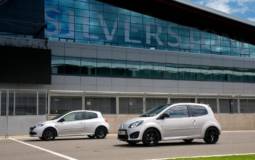 Renault has created two limited edition models especially for the UK, which are based on the Clio RS 200 and the Twingo RS 133 and to which it attached the Sliverstone GP badge along with a series extra equipment.

Both models will be limited to 50 exemplars and celebrate the manufacturer’s ‘existing relationship’ with UK’s famous Silverstone circuit. 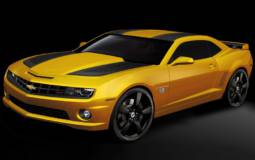 The third, and final instalment of Transformers, Dark of the Moon will begin rolling in theaters on June 29th, so GM did not miss the opportunity of launching a new Bumblebee version Chevrolet Camaro to fans living in the US, Canada, China, Japan, Europe, South Africa and the Middle East.

The 2012 Chevrolet Camaro Transformers Edition applies to the Rally Yellow painted 2LT and 2SS version and consists of 3,000 USD worth of goodies such as black rally stripes covering the hood, roof and deck-lid, a high-wing rear spoiler, 20 inch black painted wheels wrapped in hi-performance summer tires and the Autobot Shield logos. 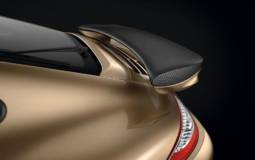 The German sports car manufacturer is celebrating its 10 year presence on the Chinese market by introducing the Porsche 911 Turbo S China 10th Anniversary Edition which you guessed it, will only be available in China…duh.

At the exterior this exclusive model features a golden bodywork, a carbon fiber bonnet, carbon headlight surrounds and a carbon spoiler along with 19 inch Sport Classic aluminium wheels.