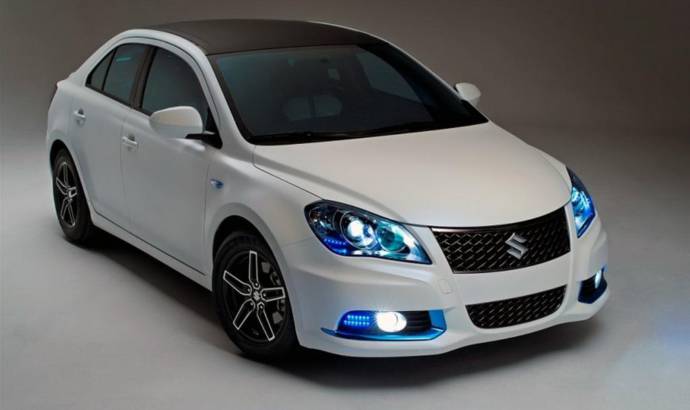 Suzuki has unveiled a gas-electric concept based on the Kizashi at this year’s 2011 NYIAS called the EcoCharge .
The idea behind the Suzuki Kizashi EcoCharge Hybrid Concept was to ‘attain substantial gains in fuel economy without the traditional
sacrifices in drivability required with today’s mid-size hybrid sedans’ and the result is a car that runs by using a 2.-litre inline-four cylinder gasoline engine linked to an advanced electric propulsion system consisting of a liquid-cooled 15-kW motor/generator unit and a 115-volt air-cooled lithium-ion battery.
This powertrain configuration enables the Suzuki Kizashi Hybrid Concept to increase efficiency by 25 percent when compared to the regular Kizashi, and some of the technologies that also play a major role in achieving this include regenerative braking, automatic engine shit-off, fuel cut-off during acceleration events and low resistance tires.
The Suzuki Kizashi Hybrid Concept uses a 6-speed automatic transmission, and its output totals around 159 HP (144 HP and 127 lb-ft of torque from the petrol plant and 15 HP/15kW from the electric motor). 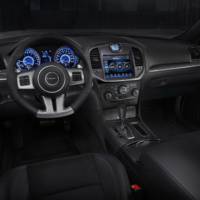 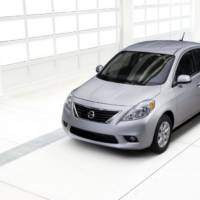