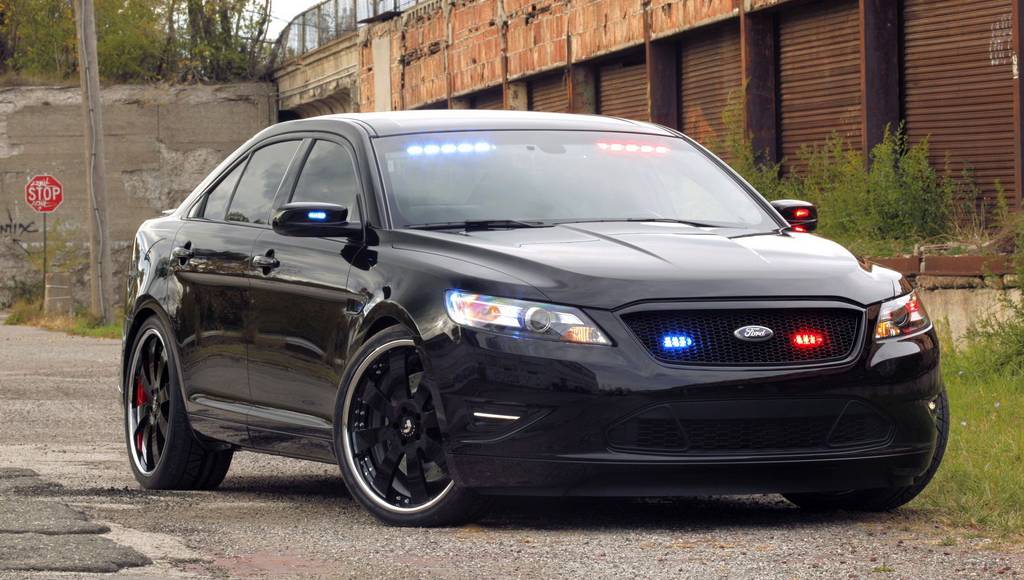 The Blue Oval seems prepared to customized its entire model range before the SEMA show begins, and they even went on and prepared a sleeker version of their new Ford Police Interceptor sedan, which is called the Stealth Concept.
The Stealth Ford Police Interceptor concept is inspired from the SR-71 Blackbird stealth airplane revealed in the 60s, and features a redesigned grille, new lighting, new exhaust and and interior that blends muscle with mystery.
The Stealth Ford Police Interceptor concept has also received 22 inch alloy wheels, and the vehicle’s height has been lowered by 1 inch.
Powering the Stealth Ford Police Interceptor concept is a 3.5-litre V6 unit producing 280 HP, which is also capable of running on E85 fuel, while a more powerful 3.5-litre twin-turbocharged,
direct-injection EcoBoost V6 plant developing 365 HP and 350 lb-ft of torque is also available.
Ford press release :
* Ford to debut the ultimate stealth Police Interceptor at SEMA – a customized concept of its all-new Police Interceptor sedan
* Revamped grille, lighting, exhaust and interior provide a sleek, yet slightly sinister look designed to blend muscle with mystery
* Designer drew inspiration from the SR-71 Blackbird, the original stealth airplane revealed in the ’60s and considered by many aviation experts to be the ultimate aircraft
Sleek, streamlined and slightly sinister, a specialized stealth concept version of Ford’s Police Interceptor will debut at the SEMA (Specialty Equipment Market Association) trade show in Las Vegas.
Using the strong lines and muscular stance of the Ford Police Interceptor sedan as a base, Ford designer Melvin Betancourt developed a customized undercover stealth version that’s both stylish and full of high-tech surprises.
“This car offered the perfect canvas for me as a designer,” Betancourt said. “The Police Interceptor sedan is already a unique vehicle. I just started looking at ways to give it that mysterious but high-tech look.”
The Police Interceptor sedan was introduced in March, followed by a utility version in September. Both Interceptors will debut simultaneously when production of the Ford Crown Victoria Police Interceptor ceases in late 2011.
The stealth concept vehicle will be on display throughout the SEMA show, which runs Nov. 2-5.
Betancourt started the undercover version by lowering the body and giving the illusion of added width. The body was lowered an inch, and the special 22-inch wheels are inside a staggered rim section so the front is 3 inches and the rear is 3.5 inches.
“The rim section is stacked to give it the illusion of greater width,” he said. “The center of the wheel is glossy black, and the rim is chrome. So we have that racy, hot rod look, but at the same time we’re building a sinister, stealthy, ‘Don’t mess with me’ feeling.”
Top-secret airplane provides inspiration
Betancourt used imagery of the SR-71, the original stealth airplane, for inspiration as he customized the vehicle. Known as the “Blackbird,” this high-altitude, long-range reconnaissance aircraft was secretly designed in the late 1950s and early 1960s. Its top speed was more than three times the speed of sound. Now retired, the Blackbird is considered by many aviation enthusiasts as the ultimate airplane.
Betancourt kept in mind the Blackbird’s iconic imagery and status as he considered the elements of his own stealth project. “When you think stealth, you think, ‘there, but not there.’ This is all about strength, secrecy and concealment.”
The exterior of the Police Interceptor stealth vehicle is solid black. The grille is mesh, like the original sedan, but the metal is thicker, offering more depth. The lights on the car are designed to be inconspicuous, with the surrounding area painted black so they blend in until illuminated.
The back of the vehicle was given an aggressive spoiler adorned with bead lights painted black so they remain unnoticed until the car is started. The taillights are smoked, the windows tinted.
It’s a vehicle that exudes power – and it should. The production Police Interceptor sedan model offers two powertrain options, allowing police to choose the engine that best meets their needs.
A 3.5-liter V6 engine delivering at least 280 horsepower and E85 compatibility is 25 percent more efficient than the 4.6-liter single-overhead-cam V8 offered in the current Ford Crown Victoria Police Interceptor. And an all-new 3.5-liter twin-turbocharged, direct-injection EcoBoost™ V6 engine will deliver at least 365 horsepower and 350 lb.-ft. of torque across a broad rpm range.
That strength complements the mystery inside the revamped interior of the stealth version.
“It’s all about concealing everything,” Betancourt said. “The headliner is black, we wrapped the B-pillars in black, and then we started looking at, ‘Where can I hide this? How can I conceal this?’ We repackaged the console – it looks like a production console with the waterfall of the instrument panel. But when you start opening doors and panels, that’s when you see everything.”
Unless you’re supposed to be in the vehicle, you won’t know where and how to find the compartments, he said. For example, the radio is hidden inside the console, as is an onboard computer. Also, the glove box has a secret space designed for weapons.
Betancourt anticipates visitors to SEMA will immediately sense the uniqueness of the car.
“Right away, they’ll see this vehicle that looks different, that looks sinister – but they won’t know exactly why. Then, as they get closer, they’ll start to see all of these touches that work together to create the overall image.” 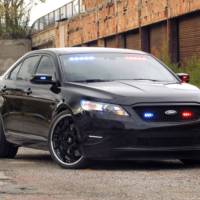 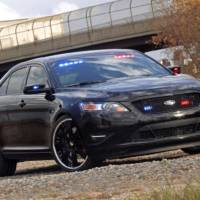 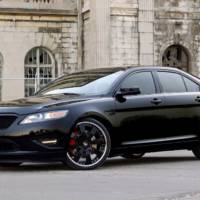 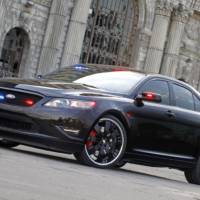 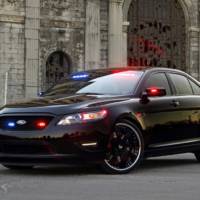 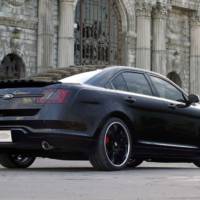 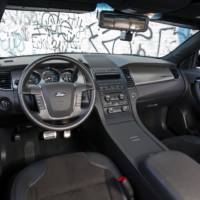 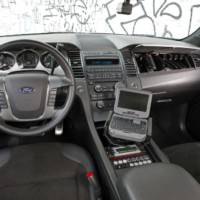 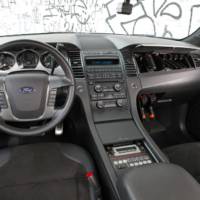 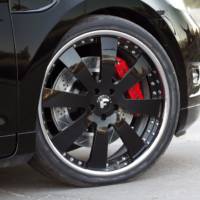 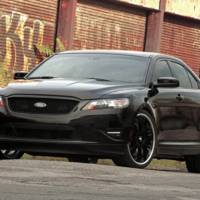 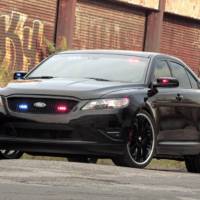 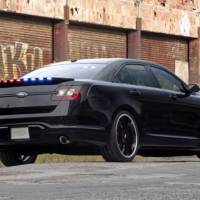 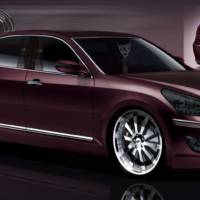 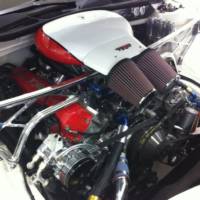