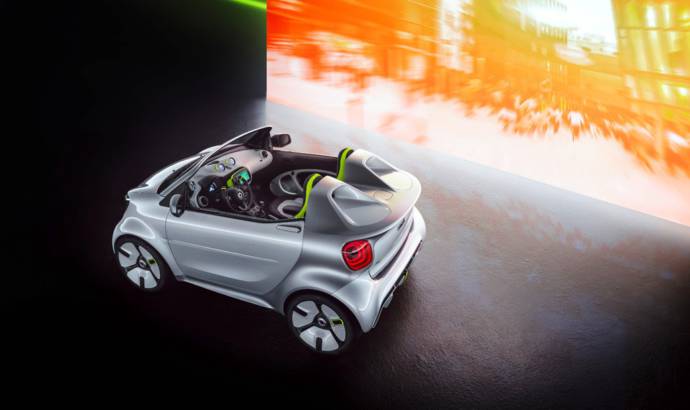 Smart Forease is a cool gift for brand’s 20th anniversary

Smart has published some pictures and details with a new concept car. Named Forease, the prototype shown by the Daimler’s tiny car division represents a gift for brand’s 20th anniversary.

20 years ago, Smart launched its first car, the City Car and now, the car manufacturer is presenting the Smart Forease. The concept car has some design lines which were seen in the past on the 2001 Crossblade and 2011 Forspeed concepts.

The new Smart Forease has a tiny windscreen and no roof at all. Inside the cabin, the fans will notice a special steering wheel which is not completly round and some screens instead of the central air vents. The exterior color is a special one and it features some green accents, the same colors which you will see inside the car.

The Smart Forease is based on the EQ Smart Fortwo Cabrio which means it is a fully function prototype with an 81 horsepower electric engine. The concept is used to underline the future of the company which will be a fully electric one. Smart is the only car manufacturer to sell only electric cars in US, Canada and Norway. By 2020, the rest of the Europe will follow this trend. 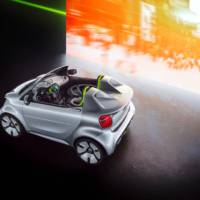 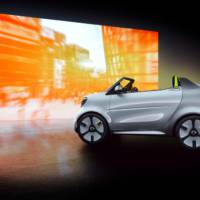 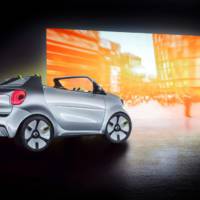 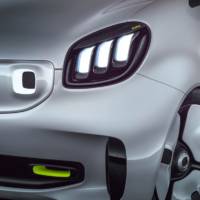 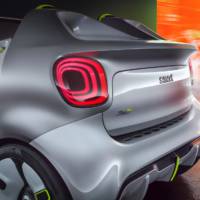 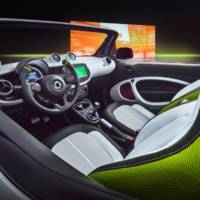 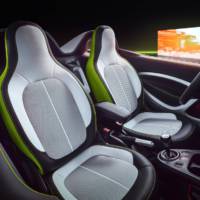 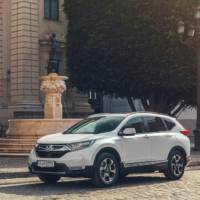 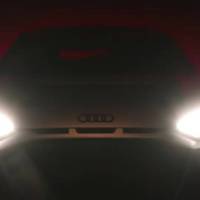