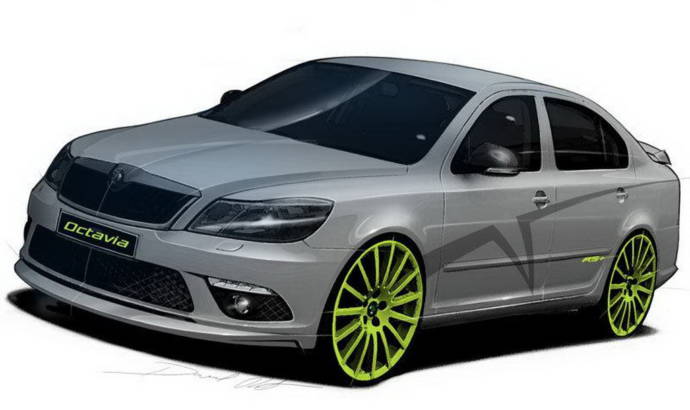 As Skoda is part of the VW Group, the Czech automaker announced it will debut two modified versions Skoda Fabia RS+ and Octavia RS+ at this year’s Worthersee GTI meet.
Besides the Skoda Fabia RS+ and Octavia RS+ the company will also bring two Fabia Super 200 race cars at the tuning event in Austria.
Special features on the Skoda Fabia RS+ designed specially for Worthersee include the headlights and the grille, black spoilers and diffusers front and rear, graphics on the bonnet and visible air exhausts. The Skoda Fabia RS+ interior colour matches the exterior plus the car received sports seats.
As for the Skoda Octavia RS+ the manufacturer has fitted it with a new spoiler kit, black tinted headlamps, a two-colour body finish plus multispoke design rims in contrasting colour.
[Photos | WCF]
Skoda press release :
Škoda Auto is going to appear at the GTI tuning event at the Austrian lake Wörthersee over 12 – 15 May, 2010 with tuned Fabia RS+ & Octavia RS+ vehicles plus two Fabia Super 2000 race cars.
Designed by Škoda Auto designers, the display cars will be used to present special optical packets and colour adaptations based on self-adhesive foils. The Fabia RS+ concept is based on the Fabia RS. “The adapted version of the series-production car shows the potential and the characteristically pure and clear build of the Fabia’s body, such as the separation of the roof by arranging the windows in a continuous line. The two-colour combination underlines the car’s unique architecture – the green colour bears reference to our rally achievements and the unique connection with the S2000, the grey colour represents the vehicle’s sporty expression and simplicity combined with design details”, says Jozef KabaÅˆ, Head of Design at Škoda Auto.
The Fabia RS+ has been designed specially for the Wörthersee event. Its clearly defined shape highlights the optical width of the Fabia RS+, its strong character and the high quality of the respective details. Special features include the headlamps and the radiator grille that give the car a sharp look. The front and the tail are fitted with black spoilers and diffusers, and the bonnet is decorated, for the first time in this model, with visible air exhausts. The interior, including sports seats, comes with new materials in the colours of this concept car.
“The Octavia RS+ has its roots in the successful series-production model. The objective of this concept car is to stress the attractiveness and unique character of the RS model line. While the two-colour paint and the adhesive foils underline the car’s elegance, the spoiler kit highlights the sporty expression of this vehicle. The features that give the Octavia RS+ a striking look include black-tinted headlamps & integrated LED-based taillights, as well as new materials and colours used in the interior “, adds KabaÅˆ.
Furthermore, Škoda Auto is going to present two Fabia Super 2000 race cars – the guides through this presentation will be two racers, Mattias Kahle who is supported by Škoda Auto Deutschland and Raimund Baumschlager of BRR (private team). The Škoda Fabia Super 2000 made its racing debut at the 2009 Monte Carlo Rally, representing Škoda Motorsport (factory team). The car became fully competitive already in its first year and celebrated several achievements as part of the factory team, as well as in the colours of private teams. Škoda Motorsport currently dominates the IRC series in both driver and brand standings.
The Škoda presentation is situated in Area 5 (next to Seat, another VW Group brand) on 200 square metres in total. The GTI event in 2009 saw about 5,500 exhibitors and over 130,000 visitors. The key event topics, i.e., motorsport and tuning, also appear in the accompanying programme that includes attractions such as airbrush “tattooing”, freefall simulations and a giant model car race track. 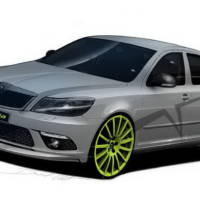 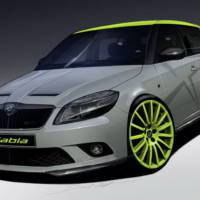 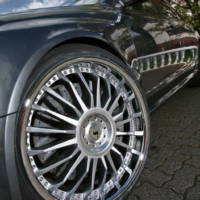 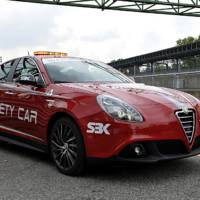