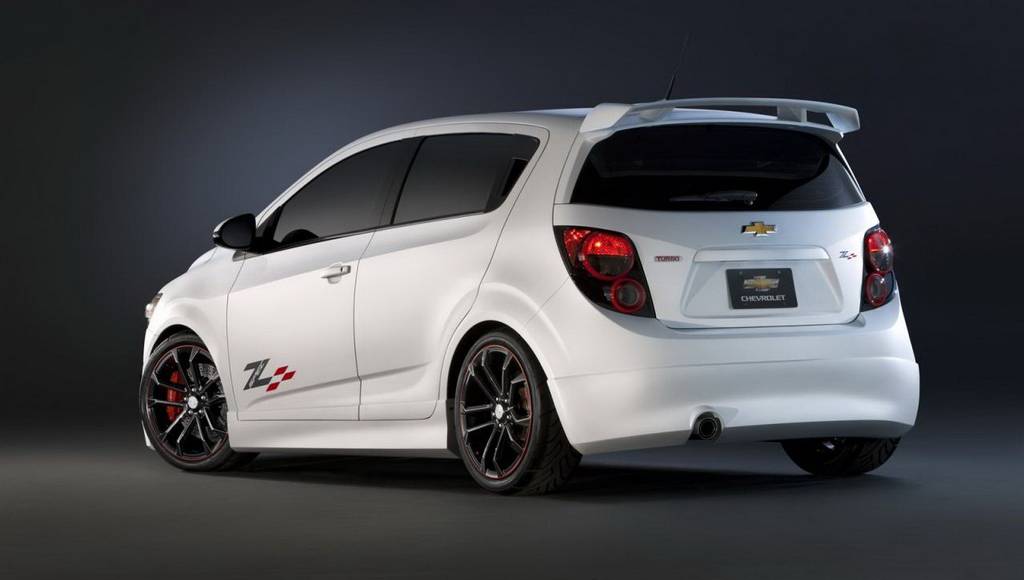 Just like every other year, North American automakers will take the 2011 edition of SEMA by assault with a wide range of customisation proposals based on current their model range.
Chevrolet for example is announcing the fact that its 2011 small car SEMA lineup will include four Sonic Z Spec models called the #1, #2, the 4D Concept and Dusk plus two special Cruze models called the Cruze Z Spec and Cruze Dusk.
The Z Spec #1 and #2 come with 18 inch wheels, special body kits and unique interior enhancements, as well as a series of performance upgrades such as 4-piston calliper brakes, high-flow exhausts and performance suspension parts.
The Sonic Z Spec 4D Concept will distinguish itself through the touring car-style motif, as the car is based on the sedan version, and will feature an Ashen Grey Mettalic finish, Dark Titanium interior trim and various upgrades complementing the 1.4-litre turbo engine.
The forth custom Sonic present as SEMA this year, and the most subtle of all, will be the Dusk, which will sit on 18 inch, dark Galvano Silver wheels and will have the exterior painted in Berlin Blue. The Sonic Dusk will even have its lights tinted blue, while its interior will feature Mojave leather and various custom inserts.
As for the special Cruzes, the Z Spec model will look like a touring car due to its accessory spoiler, high-flow grille and new stripe package while the Cruze Dusk will be complemented by the unique grill treatment and its dark tinted wheels.
The interior of the Chevrolet Cruze Dusk will feature custom
seat inserts, a suede-trimmed steering wheel, a custom audio system. 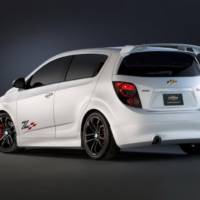 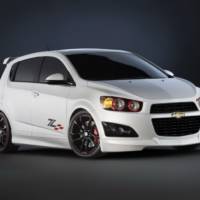 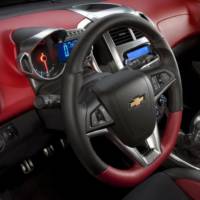 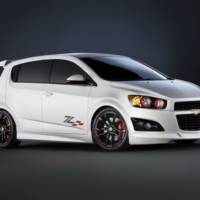 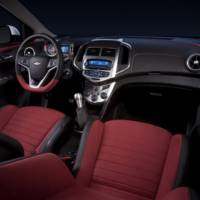 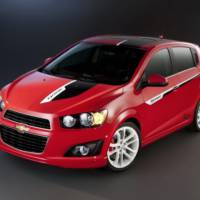 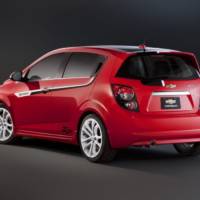 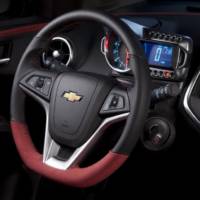 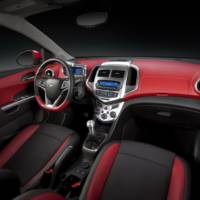 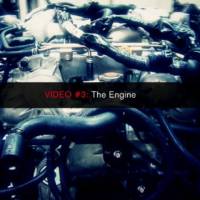 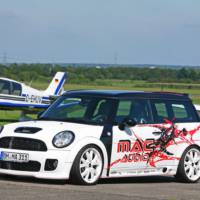