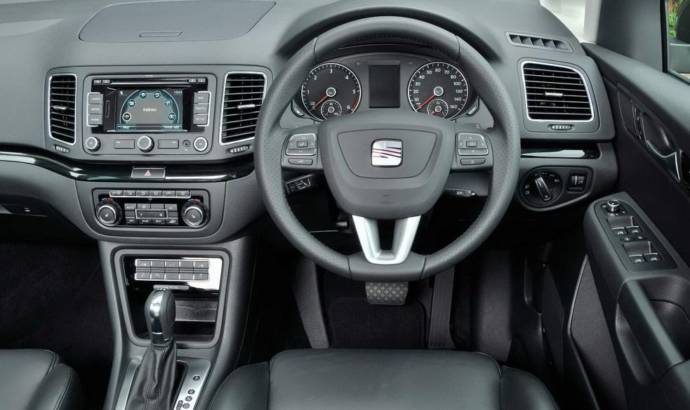 The Spanish automaker has announced UK pricing for the 2010 Seat Alhambra and also released a presentation video for the new 7-seater MPV.

Measuring more than 4.8 meters from one end to the either the new Seat Alhambra offers 2,297 litres of space when the rear seats are folded, and as far as engine choices the Spanish MPV will be offered with a 2.0-litre turbocharged diesel, which will output either 140 PS or 170 PS and a 1.4-litre TSI turbocharged direct injection petrol that produces 150 PS.

Depending on trim level the Seat Alhambra will offered with a 6-speed manual or a 6-speed DSG gearbox, and when accelerating from 0 to 62 mph the 2.0-TDI 170 PS manual version will need 9.5 seconds, and will also be able to hit a maximum speed of 130 mph.

The most fuel efficient version Seat Alhambra will be the 2.0 TDI CR 140 PS manual which is expected to return 50.4 mph in the combined cycle, with CO2 emission levels at 146 grams per Km.

Available in S, SE and SE Lux trim levels the Seat Alhambra price will start at 22,330 GBP, and the Spanish MPV can be found at dealerships across UK starting from this week.

For details regarding equipment on each trim level check out the press release below the jump.

Seat press release :
The new SEAT Alhambra is making an elegant entrance into UK showrooms
this week as the Spanish brand’s highly-anticipated successor to its
original seven-seat MPV makes its public debut here.

Fresh from the wheels up, and proving beyond doubt that practical
full-size MPVs do not have to be lacklustre to look at, the new Alhambra
once again places SEAT at the head of the people carrier class.

The largest car SEAT has yet made at more than 4.8 metres stem to
stern, the Alhambra also becomes the Spaniards’ most luxurious and
technologically advanced offering with a raft of clever and important
new features that showcase the firm’s formidable technical expertise.
Styled by SEAT design boss Luc Donckerwolke and his team in
Martorell, today’s Alhambra shows how sporty, dynamic and engaging it’s
possible to make a modern seven-seater with, in particular, SEAT’s
trademark ‘Arrow Design’ nose adding a sense of purposeful style to
proceedings.

That svelte shape also contributes in no small part to the SEAT’s
exceptional Cd figure of just 0.299, making it one of the most
aerodynamic vehicles in its class.
Further back, the car’s capacious new shell sports arguably the most
obvious distinction between this and previous vehicle to wear the
‘Alhambra’ badge – two sliding rear doors which significantly improve
practicality.

Inside, seven individual seats can accommodate seven adults in
genuine comfort with even third row occupants benefiting from generous
knee and headroom.  Today’s Alhambra does away with the old-style
individually removable seating concept in favour of a clever new
fold-flat system that sees all five second- and third-row seats pivot
into the car’s floor at the simple tug of a lever.

Access to those third row seats, in particular, is now a cinch thanks
to the debut of the easy entry slide and tilt second row seats.
You want space?  Alhambra’s got space.  Up to a massive 2,297 litres
of it, to be precise.  While even in five-seat form (with just the third
row folded) there’s as much as 1,167 litres of load bay on offer.
Needless to say, storage around the cabin is typically generous, too, as
a profusion of cupholders, tray tables, cubbies and pockets easily
swallows the detritus that goes along with family outings.

Beneath the graceful bonnet of the front-wheel drive Alhambra lie a
variety of modern engine and transmission options.  The counterpoint to
one of two top notch EU V-compliant 2.0-litre common rail turbodiesels,
of 140 PS or 170 PS denomination, is an especially capable 1.4-litre TSI
turbocharged direct injection 150 PS petrol powerplant.

At launch, all Alhambras boast some of SEAT’s most important
eco-minded Ecomotive technologies including Stop/Start and Brake Energy
Recovery.  Thus, all Alhambras are badged Ecomotive while the 2.0 TDI CR
140 PS manual grabs the honour of being badged E Ecomotive thanks to
its range-best CO2 emissions of just 146 g/km.

Economy, as you might expect of such a slippery and carefully
engineered vehicle, is laudable, too, with as much as 50.4 mpg available
on the combined cycle (2.0 TDI CR 140 PS manual).

Technical innovations in the Alhambra are many and varied.  Aside
from the impressively convenient seats there are, depending on spec,
such highlights as High Beam Assist which automatically switches between
full and dipped beam taking into account both street lighting and
oncoming traffic.

Meanwhile, the forthcoming option of Park Assist (available on
vehicles ordered from December 2010 onward) makes mincemeat of sliding
the SEAT into (and out of) parking spots by both identifying suitable
spaces and then automatically attending to the steering while the driver
simply controls the accelerator, clutch and brake.

Available in showrooms nationwide from this week the new SEAT
Alhambra is, then, both a practical and luxurious MPV and, with prices
starting from £22,330 RRP, it maintains SEAT’s reputation for
exceptional value.

Welcoming the UK arrival of the brand’s most technically advanced
model to date, SEAT UK Product Manager James Buckell said: ‘I’m
extremely proud of the new Alhambra as I believe it shows that
family-sized seven seaters can be both good to look at and great to
drive.

‘The technology that has gone into this new car, from the great range
of engines to luxury features such as Park Assist, underline, too, how
keen we are to put every ounce of value that we can into our new MPV.’ 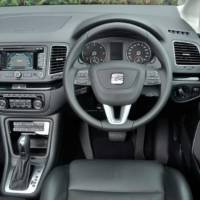 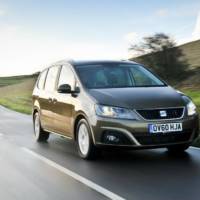 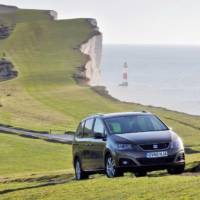 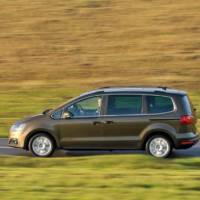 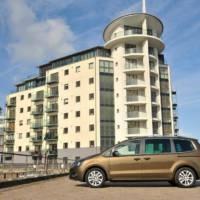 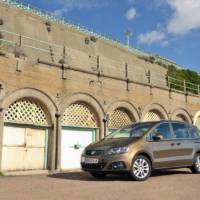 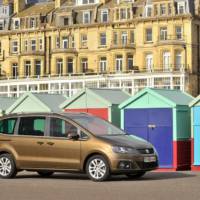 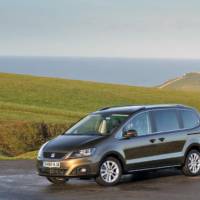 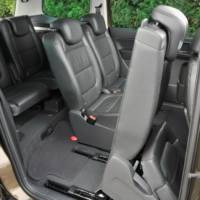 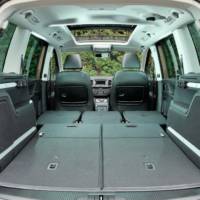 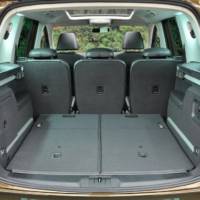 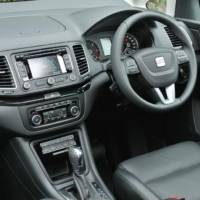 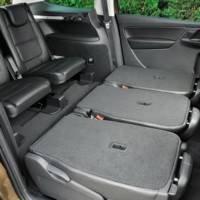 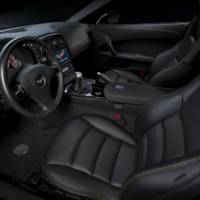 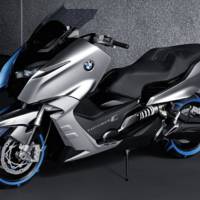