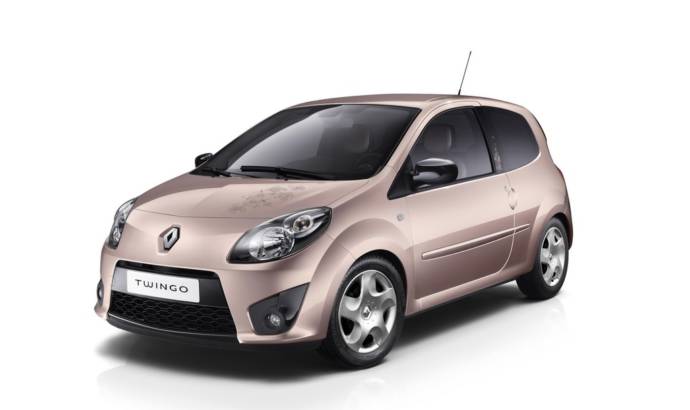 We’ve seen car makers associating with fashion labels before, in creating special edition models like the Fiat 500 Diesel for example. This time French automaker Renault has collaborated with international label Miss Sixty in developing this limited edition Twingo that will be presented at the 2010 Paris Motor Show.
The Renault Twingo Miss Sixty is obviously aimed towards women, featuring an original design theme and exclusive equipment. The exterior is finished in a shade of pink (colours Bohemian Pink or Pearlescent black available) with floral graphics on the sides and bonnet, while inside the cabin, the Renault Twingo Miss Sixty blends pink and black.
Other special elements include a pink-rimmed tachometer and speedometer, a pink-stitched leather steering wheel and pearlescent black door mirror housings.
The Renault Twingo Miss Sixty price was not announced yet.
Renault press release :
Renault, France’s leading automotive brand, and Miss Sixty, the international fashion label of the
Sixty group, have teamed up to create Twingo Miss Sixty, the most glamorous of all Twingo
limited editions.
Twingo Miss Sixty’s world premiere will take place on the Renault stand at the 2010 Paris Motor
Show before making its market debut in November 2010.
RENAULT TWINGO AND MISS SIXTY, POSITIVELY CHEEKY !
Twingo, the smallest model in the Renault line-up, continues its successful career and with its nearly
three million cars sold since its launch in 1993, presents today a new version totally dressed by Miss
Sixty. And because "we live in modern times", Twingo combines cheek with a sense of fun.
Miss Sixty was launched in 1991 and nowadays graces the high streets of all the world’s major capitals
with its ready-to-wear collections and accessories designed exclusively for women. Most appreciated for
its wide and innovative range of denim and thanks to its original, ironic and unique approach, Miss Sixty is
now one of the most appreciated and well-known urban-chic labels worldwide.
Renault Twingo and Miss Sixty share the same values and the collaboration is marked in a unique andcontemporary way: cheekiness for one, irony for the other. That’s what you call a positive attitude!
RENAULT TWINGO MISS SIXTY: GLAM’ROCK GALORE
Twingo Miss Sixty is a wholly feminine city car that matches a glamorous exterior with a rock’n’roll interior.
Available in Bohemian Pink or Pearlescent black, Twingo Miss Sixty boasts an original design and
exclusive equipment. From the upholstery to the external design, pink and black are blended in a combo
of contrasting colors that feature in every detail of the Twingo Miss Sixty, giving it a sultry glam’rock look.
Details include a pink-rimmed tachometer and speedometer, a pink-stitched leather steering wheel and
pearlescent black door mirror housings.
A seductive temptress with an ironic and offbeat sense of humor, Twingo Miss Sixty is 100%
feminine! 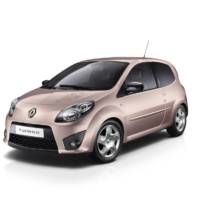 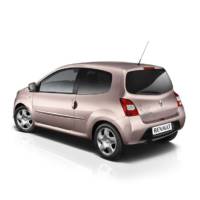 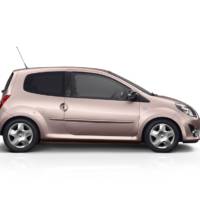 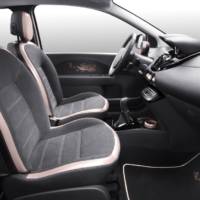 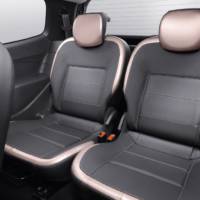 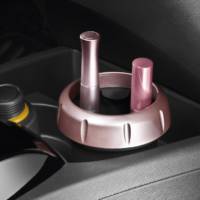 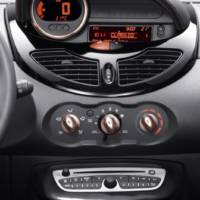 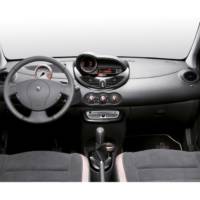 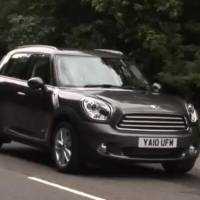 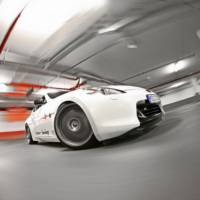