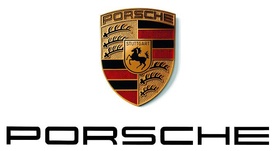 Today, Porsche Automobil Holding SE Stuttgart reported their profits for the first half of the business year, witch refers to 6 months of the current 2008/09 and (August 1, 2009 to January 31, 2009). According to Porsche the company registered profits of 7.34 billion Euros before tax, that represents a dramatic increase compared to the 1.66 billion Euros profit made last year during the same time-frame. What influenced this huge increase was the fact that Porsche can participate in changes in the stock exchange price of Volkswagen shares, resulting in cash-settled share option transactions. For the last six months Porsche’s contribution increased from 850 million Euros to EUR 6.84 billion and even though results so far are impressive by the end of the business year things could change as Porsche reminds that price for Volkswagen shares can always drop.
Porsche press release :
After the first six months of the current 2008/09 business year (August 1, 2009 to January 31, 2009), Porsche Automobil Holding SE, Stuttgart, has posted profits before taxes of EUR 7.34 billion; this compares with EUR 1.66 billion in the same period of the previous year. The principal reason for this dramatic increase is the positive contribution to profits from cash-settled share option transactions by which Porsche participates in changes in the stock exchange price of VW shares. This contribution increased from EUR 850 million in the previous year to EUR 6.84 billion. Porsche SE wishes to point out that this contribution to profits depends on the price of the VW shares. Thus, the amount could decrease again and could, by the end of the business year, be less than the half-year amount. The effect on the full-year results for the 2008/09 business year will depend on the development of the price of the VW shares in the period until July 31, 2009.
Although operating results at Porsche dropped in line with the development of turnover, the operating margin generated is still in double digits. Increased de-velopment costs, inter alia for the Gran Turismo Panamera and for the hybrid drive of the Cayenne, had a negative effect. Up to January 5, 2009, the date on which Volkswagen was fully consolidated in the consolidated accounts of Por-sche SE, the VW results attributable to Porsche amounted to exactly EUR 444.4 million, as compared with EUR 483.9 million in the previous year. For January 2009, the income statement of VW could not be reflected in the income state-ment of Porsche SE. The reason for this is the different accounting reference date of Volkswagen AG.
According to the final figures, turnover at Porsche fell in the first half-year by 12.8 per cent to EUR 3.04 billion. Sales decreased by 26.7 per cent to 34,266 units. The substantially better development in turnover compared to the devel-opment in sales is primarily due to a changed model mix. Whereas a higher share of the overall sales is attributable to the 911 series, the share of the Box-ster series has fallen considerably. Sales of the 911 series amounted to 13,543 vehicles (16,261 in the previous year) and, in the case of the mid-engine sports car, to 3,950 units (9,835 vehicles in the previous year). The Cayenne achieved sales of 16,773 vehicles (20,638 in the previous year).
For the second half of the 2008/09 business year, Porsche is pinning its hopes on the new Boxster and Cayman models, with more powerful and, at the same time, substantially more fuel-efficient engines, and on the Cayenne Diesel. All of these vehicles have been available since February 2009 and have generated significant interest from customers.
Overall, Porsche feels well prepared as regards its product offering. Despite the crisis on the financial markets and the very difficult economic conditions, Porsche SE managed to conclude a new loan in the amount of EUR ten billion at the end of March 2009, which was used to repay the existing loan in the same amount. It has been agreed with the consortium banks that an additional amount of up to EUR 2.5 billion may – and therefore the volume that Porsche originally has planned – be raised from further banks within a specified period on the basis of the loan agreement. The proposed increase of the loan is intended to support the achievement of strategic goals and also to meet future capital requirements.
Furthermore, Porsche intends to obtain a credit rating from two internationally recognised agencies. The company believes that this will further improve its refi-nancing possibilities. 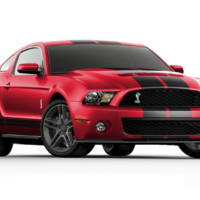