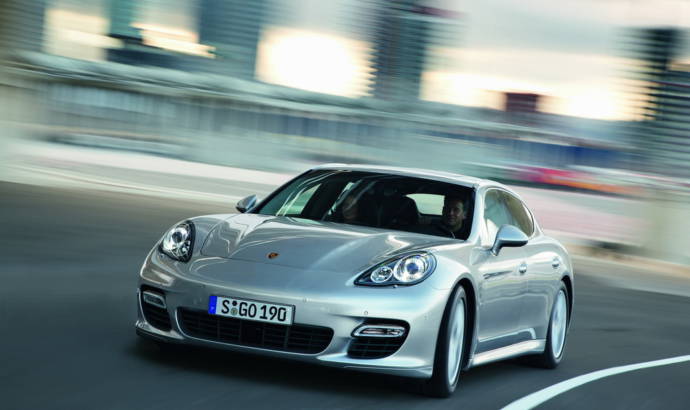 Wraps were officially taken of the Porsche Panamera in China today at Shanghai’s Motor Show and a new set of images were also released by the company to mark its debut. The four-door Porsche Panamera is 4.97 metres (195.7 inches) in length and 1.42 metres (55.9 inches) in height and despite its size it is said that will take under 5 seconds to accelerate from 0 to 100 Km/h (60 mph).
Powering the Porsche Panamera is a direct fuel injected 4.8-liter V8 engine that packs 400 horsepower with a turbocharged 500 horsepower version also available both with AWD or RWD. A 6-cylinder gasoline and hybrid engine is also being developed for the Porsche Panamera and will start equipping the sporty four-seater in 2011.
Info on the Porsche Panamera price was not disclosed yet.
Porsche press release :
Stuttgart. Dr. Ing. h.c. F. Porsche AG, Stuttgart, presented the Panamera to the world public today at the 13th Auto Shanghai. Joining the 911, the Cayenne, and the Boxster/Cayman, this new four-door Gran Turismo is Porsche’s fourth model series, with three variants entering the market in Germany on 12 September 2009. The Panamera is making its debut as an eight-cylinder delivering 400 and, respectively, 500 horsepower and with both rear-wheel and all-wheel drive, a six-cylinder gasoline
model and a hybrid version following later.
Klaus Berning, Executive Vice-President Sales and Marketing of Porsche AG, expressed a clear view at the world debut of the Panamera: ”Introducing the Panamera, we are entering a market segment completely new for our customers and we are once again consistently expanding our model portfolio.“
Through its design and looks alone, the Panamera clearly stands out from the competition at very first sight. Like no other car in its class, it offers a truly unique combination of sporting performance and luxurious comfort. Despite its low and sleek silhouette so typical of Porsche, the Panamera, measuring 4.97 metres (195.7”) in length but only 1.42 metres (55.9”) in height, ensures a generous feeling of space on all four seats.
Wolfgang Dürheimer, Porsche’s Executive Vice-President Research and Development, added an equally clear statement: “Our engineers, technicians, and designers have invested all their know-how, years of experience, a wealth of ideas, and their full passion for sports cars in this four-seater Gran Turismo.“
The Panamera is introducing no less than five outstanding innovations in technology as world premieres to be admired for the first time in the luxury performance class – among them the first Start-Stop system in conjunction with automatic transmission, air suspension with additional air volume available on demand in each spring, as well as active aerodynamics with an adjustable, multi-dimensional, extendable rear spoiler on the Panamera Turbo.
Porsche’s Gran Turismo sets new standards in its market segment in terms of performance, driving dynamics and efficiency, benefiting from Porsche’s traditional core competences and years of experience in motorsport, since efficient and powerful engines, lightweight technologies, and optimised aerodynamics are crucial to success also on the race track. All models in the Panamera range come with Porsche Direct Fuel Injection, low-friction drive systems, and weight-optimised lightweight bodies.
Moving on to the suspension, the customer can choose among steel suspension or adaptive air suspension with a fully-controlled damper system. And thanks to its intelligent chassis concept, the Panamera combines the driving comfort of a luxurious grand touring saloon with the driving dynamics of a thoroughbred Porsche sports car. Depending on his individual style of motoring or current traffic
conditions, the driver can choose either a particularly comfortable or an especially sporting set-up most conveniently at the touch of a button.
With its centre console extending back from the dashboard all the way to the rear seats, Porsche’s new Gran Turismo offers an unprecedented feeling of space and motoring pleasure on all four seats, highlighting the personal ambience and style of each individual passenger. The driver’s seat and cockpit offers optimum ergonomics all round, a low seating position providing that direct contact to the road again so typical of Porsche. The passengers, in turn, all enjoy highly comfortable single
seats. The luxuriously appointed interior, finally, already offering a supreme standard on the regular series models, may naturally be upgraded on request by a wide range of optional extras and special equipment. 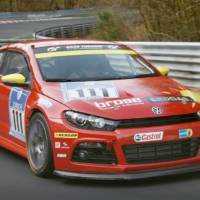 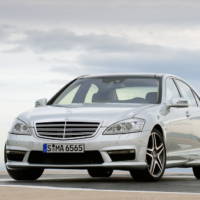