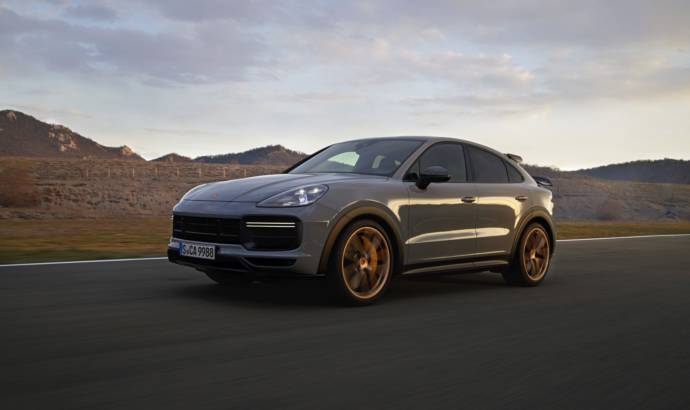 We were thinking that the Cayenne was reaching its midlife period, then Porsche unveiled the fastest version of the performance SUV.

Porsche is introducing a new high-performance variant at the top of the Cayenne model range: the new Cayenne Turbo GT combines phenomenal performance with a high degree of utility. Its 4.0-liter twin-turbo V8 engine develops 631 hp – 90 hp more than the Cayenne Turbo Coupe. Torque also increased from 567 to 626 lb-ft.

As a result, the Cayenne Turbo GT can accelerate from a standstill to 60 mph in 3.1 seconds, complete the quarter-mile sprint in 11.6 seconds and achieve a top track speed of 186 mph, making it the quickest, and fastest production Cayenne ever offered by Porsche.

The Cayenne Turbo GT, which is only available in the Coupe body style, is equipped as standard with an array of performance-enhancing suspension systems and high-performance tires that were made exclusively for this model. The result is a performance SUV that remains very much a Cayenne to its core, and yet possesses reserves of power and ability that allow it to be adept on a demanding road or even a track. By way of demonstrating its capabilities when pushed to the extreme, Porsche test driver Lars Kern took to the legendary Nürburgring Nordschleife, where he set a new official SUV lap record of 7:38.9 minutes with the Cayenne Turbo GT for one 12.9-mile lap.

Compared to the Cayenne Turbo Coupe, the Turbo GT has a 17 mm lower ride height. The suspension components as well as the electronically controlled chassis systems were specifically calibrated to enhance performance. The three-chamber air suspension is up to 15 percent stiffer and the damper calibration of the Porsche Active Suspension Management (PASM) is retuned, as is the Power Steering Plus and rear-axle steering system. The active Porsche Dynamic Chassis Control (PDCC) has also been re-tuned to further reduce body roll and lead to more precise turn-in at higher cornering speeds.

To complement this, Porsche Torque Vectoring Plus (PTV+) and the further improved front axle sharpens the vehicle handling and turn-in response. The front wheelCayenne Turbos are one inch wider compared to the Cayenne Turbo Coupe, and the negative camber has been increased by 0.45 degrees to allow the specially developed 22-inch Pirelli P Zero Corsa high-performance tires to maximize their contact patch with the road. Stopping power is induced by the standard Porsche Ceramic Composite Brakes (PCCB), which are wrapped in yellow calipers, but can be optionally equipped in high-gloss black. The rotors measure 440 mm in the front, 410 mm in the rear. 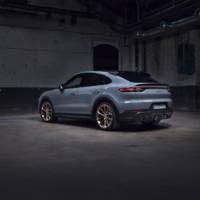 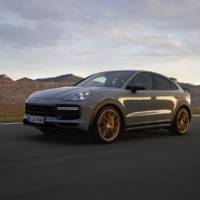 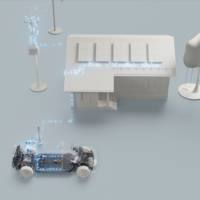 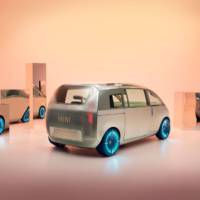