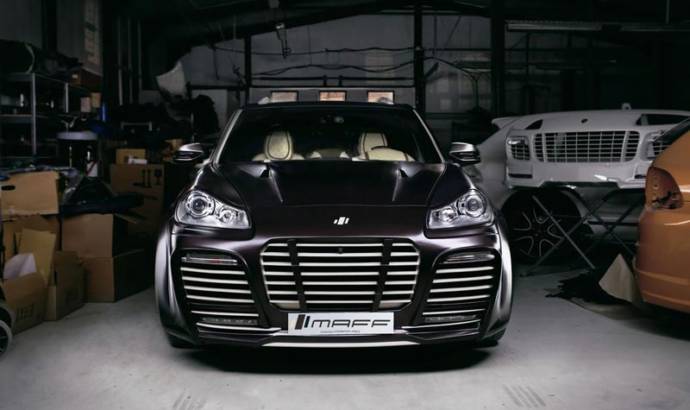 The Porsche Cayenne Muron was revealed today by the Romanian engineers from MAFF tuning. Their vision of a custom Porsche Cayenne looks one of a kind indeed and not only it looks unique but the car can also perform better now.
At the exterior the Porsche Cayenne Muron by MAFF impresses with its wide body kit that integrates various carbon fiber elements, composed from the large front spoiler and grille, the vented bonnet, roof spoiler, side skirts, headlight and taillight covers, carbon mirror casings with LEDs, a small trunk lid and carbon door handles. Sport exhaust featuring the MAFF logo have also been fitted and the overall appearance is completed by the large custom built MAFF alloys.
As far as performance the Porsche Cayenne Muron by MAFF can be equipped with a massive 700 hp (515kW) engine and the vehicle’s height can be lowered by up to 80mm improving grip and handling. 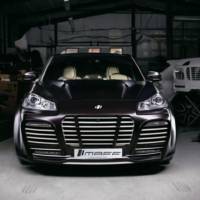 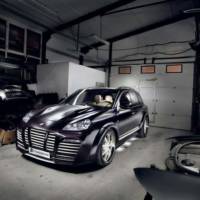 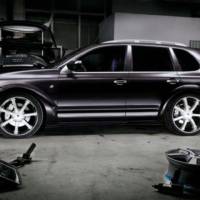 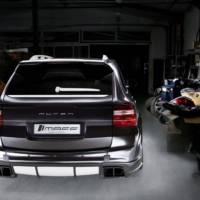 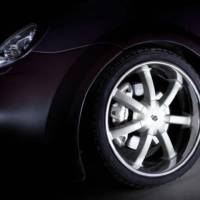 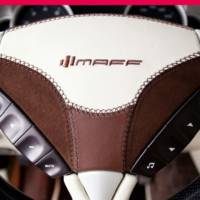 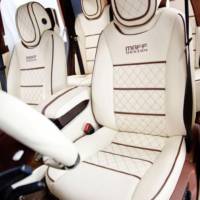 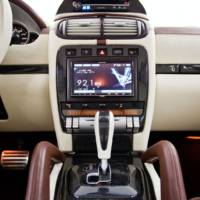 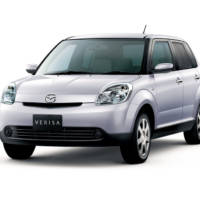 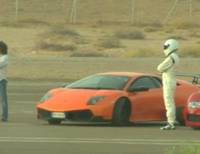