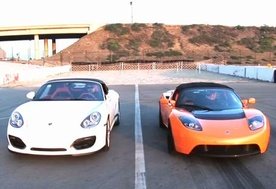 This next video presents a comparison with the Porsche Boxster Spyder vs the Tesla Roadster Sport. Even though putting a gasoline powered car against an electric will only generate a long debate, it is still interesting to see which of the two accelerates faster.
Just to give you some quick facts, the 2011 Porsche Boxter Spyder has a 3.4-litre six-cylinder engine that generates 320 BHP and pricing starts at 62,150 USD.
As for the 2010 Tesla Roadster Sport price starts at 130,450 USD and its advanced batteries are able to produce 288 HP and 295 lb-ft of torque @ 0 rpm.
Watch the video with the Porsche Boxster Spyder vs the Tesla Roadster Sportafter the jump. 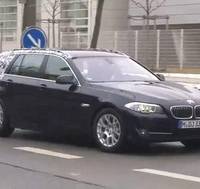 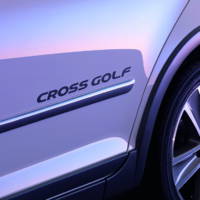