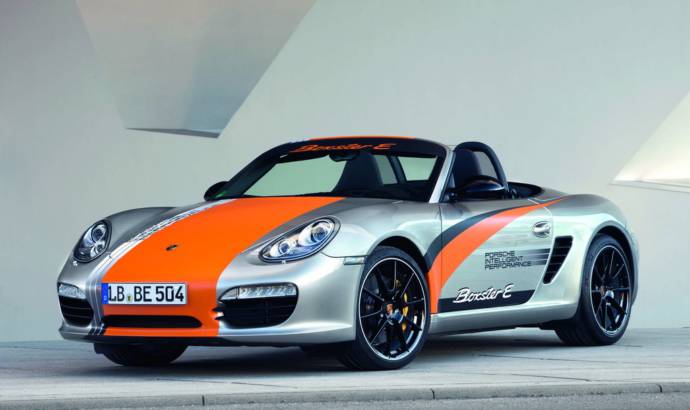 The German automaker has discreetly introduced the Porsche Boxster E, an electric prototype which will begin testing in mid 2011, in order to accumulate data as far as practicality and electric infrastructure.
The Porsche Boxster E uses two electric motors which develop a combined 180 kW plus a 29 kWh battery, and in terms of performance, the car is comparable with the Boxter S.
The exact performance figures and driving range are still unknown, and at this point the automaker has not confirmed if the Porsche Boxster E will go into production or not.
The official press release found below the jump has been translated from German, but there is a strong possibility that this prototype will be showcased in Geneva in a few weeks, so expect more detailed information at the time of the show.


Porsche press release (translation from German) :
Porsche launches field tests with electric Boxster
Stuttgart. With the rollout of the first of three purely electric-powered Boxster I started the Dr. Ing hc F.
Porsche AG, Stuttgart, now a practical test in the context of
large-scale test "model region electromobility Region Stuttgart". Together
with the Prime Minister of Baden-Württemberg, Stefan Mappus, put
Matthias Müller, CEO of Porsche AG, the first near-silent feet with a
sporty research vehicle in front of the Porsche Museum in Stuttgart
back.
"The
electrical mobility is a central challenge of the coming years and the
engineers at Porsche would like to contribute with the usual excellence
of them to be resolved. The
Boxster E will help us as mobile laboratories in solving the practical
problems of electric vehicles the way that our customers expect,
"Matthias Müller said at the launch of the Boxster E. could aim of this
project, said Müller, with three purely electrically driven Boxster experiences on the practicality and user behavior – especially when driving and shop – to win. From
this, researchers gain insight into requirements for future products,
and the inclusion of electric vehicles in infrastructure.
Baden-Württemberg
Minister President Stefan Mappus also highlights the signaling effect
of the project: "Together with the automotive industry, we want to
trigger the development of sustainable mobility in the Stuttgart region
and thus the peak position of the state of Baden-Württemberg consolidate
in mobility and expand. Porsche
is an important partner to expand with its high technology products,
the range of electric vehicles from Baden-Württemberg in the sports car
segment. " And
Dr. Walter Rogg, manager of the Stuttgart Region Economic Development
Corporation (WRS), praises the Porsche’s commitment: "With the
commitment to the Porsche proves electric mobility vision. If
a premium manufacturer, invested with a unique sporting profile in this
future market time and money, this is an important contribution to
helping the automotive Stuttgart region can maintain and expand its
technology leadership and ".
Stuttgart
is one of eight "model regions Electric Mobility in Germany, which will
be implemented by mid-2011 pilot projects for electric vehicles and
electric infrastructure. The model region of Stuttgart is funded under the federal "e-mobility in model regions". Overall,
the Federal Ministry of Transport, Building and Urban Affairs (Germany)
for Germany eight model regions around 130 million euros from the
economic stimulus package available. The program is coordinated by the National Organization NOW GmbH hydrogen and fuel cell technology. Federal Minister Peter Ramsauer, "We need market-ready products that inspire and persuade the user in practice. We therefore support the research and demonstration of electric vehicles in everyday use. The day passed electric vehicle shows that sustainable transport can be associated with fun. With innovative ideas, we can be Leitanbieter lead market for electric vehicles. It opened for business location and export nation Germany entirely new possibilities. "
The
Porsche Boxster offers with its concept mid-engine sports car is the
ideal vehicle basis for the practice-oriented testing of the electric
drive: The open two-seater is very light and allows the new components,
electric motor, battery and high voltage technology crash safely
accommodate the vehicle. At
the same time to guarantee performance level of a Boxster S with
conventional, verbrennungsmotorischem drive the sustainable sports cars
fascination with new technology. The Boxster e are driven depending on the configuration of up to two electric motors totaling 180 kW. As an energy storage battery is used with a capacity of 29 kilowatt hours. 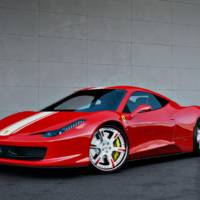 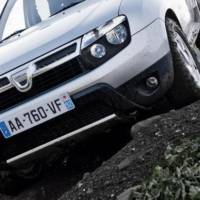