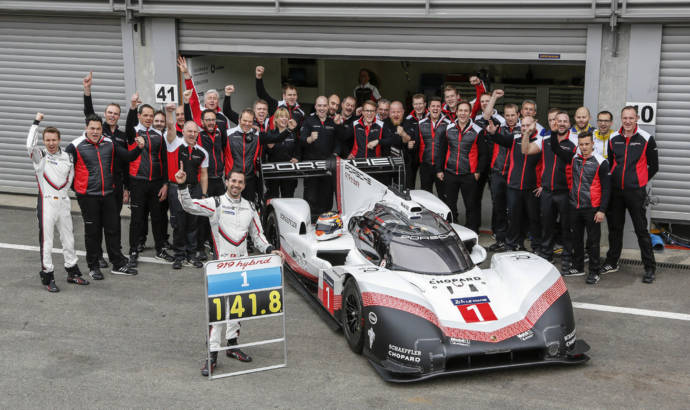 Porsche is constantly trying to set new world records. After it used the Nurburgring circuit for new challenges, Porsche decided to take a new challenge on another famous circuit in Europe: Spa-Francorchamps.

An evo version of the Le Mans winning Porsche 919 Hybrid established a new track record at Spa-Francorchamps. Porsche works driver Neel Jani lapped the 7.004 kilometre long Belgian Grand Prix Circuit in the Ardennes mountains in 1:41.770 minutes. The 34 year old Swiss has beaten the previous record by 0.783 seconds that was set by Lewis Hamilton (GB) at the wheel of a Mercedes F1 W07 Hybrid.

SEE ALSO:  Porsche is working on a new Cayenne Turbo Coupe with 631 HP

With the 919 Hybrid, Porsche has won the Le Mans 24-Hours from 2015 to 2017 three times in a row as well as the world champion titles for both, manufacturers and drivers, in the FIA World Endurance Championship (WEC) during the same years.

To prepare the record car, the base was the 2017 world championship car. On top came developments that were prepared for the 2018 WEC but never raced after the end of 2017 withdrawal. Additionally, several aerodynamic modifications were made.

For the ‘Porsche 919 Hybrid Evo’ the entire hardware of the power train remained untouched.


The 919 is powered by a compact two-litre turbo charged V4-cylinder engine and two different energy recovery systems – brake energy from the front axle combined with exhaust energy. The combustion engine drives the rear axle while the electro motor boosts the front axle to accelerate the car with four-wheel drive. At the same time it recuperates energy from the exhaust system that otherwise would pass unused in to the atmosphere. The electrical energy that comes from the front brakes and the exhaust system is temporarily stored in a liquid-cooled lithium ion battery. 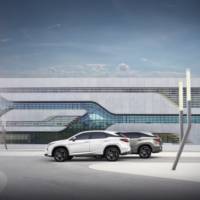 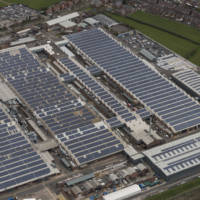