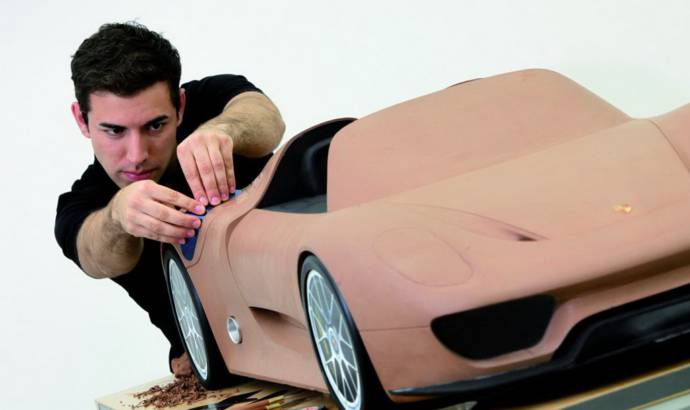 The Stuttgart based car maker has published a teaser image with the production version Porsche 918 Spyder, as it announced its 150 million Euro investment in the Weissach development center.
The Weissach facility will contain a high-tech wind tunnel, design center and an electronics integration centre, and as far as the Porsche 918 Spyder teaser image, it shows a scale clay model of the production version Porsche 918 Spyder which in comparison with the concept version unveiled in Geneva, only features one exhaust pipe on the side.
Porsche says that their new studio will also offer more space for its designers, who are
involved from the very earliest concept phase of each vehicle
development process and that the company will also increase its staff by recruiting around 100 engineers.
Porsche press release :
New buildings in Weissach: high-tech wind tunnel, design centre and electronics integration centre
Porsche is investing around 150 million euros in its Weissach development centre
Stuttgart. With extensive construction projects, Dr. Ing. h.c. F. Porsche AG, Stuttgart, is now implementing a long-term strategic site plan for its research and development centre in Weissach (Baden-Württemberg). The sports car manufacturer is investing around 150 million euros in a high-tech wind tunnel, a state-of-the-art design centre and an innovative electronics integration centre, etc.
The technology implemented in the new wind tunnel will also meet future requirements on vehicle development, which is increasingly focussing on energy efficiency. "The new system will help us to maintain Porsche’s top position in the fields of aerodynamics and design and to further extend our lead. Outstanding design with optimal aerodynamic efficiency have always been classic Porsche strongholds", says Wolfgang Dürheimer, Porsche AG Board of Management Member for Research and Development. As the system will not only be used for Porsche’s internal developments, but will also be extensively available for Porsche customer development, it offers direct access from the adjacent design studio, and separate entrances for the discrete completion of customer development projects.
Above all, a new studio will offer more space for the Porsche designers, who are involved from the very earliest concept phase of each vehicle development process. Due to extended tasks, increased capacities are urgently required in the Weissach centre of competence for sports car construction.
Sub-areas which were previously scattered throughout several buildings at Porsche’s Weissach site can be bundled in the future electronics integration centre. Dürheimer: "This spatial proximity is a major advantage. The close interaction of our suppliers’ various electrical system/electronics experts and colleagues from related specialist fields during development will contribute significantly to the success of our work, particularly in the case of electronics, which now play a role in virtually every vehicle component." Besides investing in systems and buildings, Porsche is also increasing its staffing levels. Around 100 engineers are to be recruited in the first stage alone. 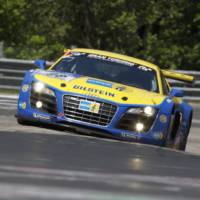 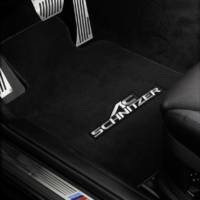