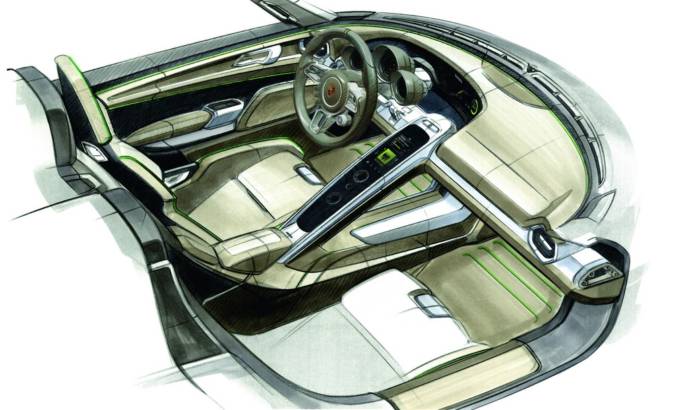 As customers are able to place their orders for the Porsche 918 Spyder starting from today, the Stuttgart based automaker is introducing a special edition model based on the 911 Turbo S which bears the name of the sporty plug-in hybrid, the ‘Edition
918 Spyder’.
The Porsche 911 Turbo S Edition 918 Spyder will be limited to 918 units, and comes with unique exterior and interior features that include acid green brake callipers, logo seams and instrument dials along with illuminated door entry guards and the limited edition badge on the glove compartment lid.
The Porsche 911 Turbo S Edition 918 Spyder is based on the 530 HP (295 kW) 911 Turbo S, and when it will go on sale in June, pricing will start at 173,241 Euro for the Coupe and 184,546 Euro for the Cabriolet.
As for the Porsche 918 Spyder which was first seen as a concept at last year’s Geneva Motor Show, power is extracted from a 500 HP V8 petrol engine mated with two electric engines producing an additional 218 HP. Despite the massive amount of power, the 918 Spyder is estimated to consume just 3.0-litres of fuel per 100 Km (94 mpg), and just like the special edition model mentioned above, production will also be limited to 918 exemplars.
The Porsche 918 Spyder pric estarts at 645,000 Euro.
Porsche press release :
Starting gun for sales of the Porsche 918 Spyder hybrid super sports car
Stuttgart. Today is the day that Dr. Ing. h.c. F. Porsche AG, Stuttgart, puts on sale the 918 Spyder super sports car with its innovative plug-in hybrid drive. Production development is proceeding apace in the wake of the outstanding customer response to the concept car unveiled at the Geneva Motor Show 2010. Thanks to its unique hybrid technology, the 918 Spyder is estimated to consume a mere three litres of fuel per 100 kilometres (94 mpg imp.) based on the New European Driving Cycle (NEDC). Its V8 engine delivers more than 368 kW (500 hp), assisted by two electric motors with a total of at least 160 kW (218 hp). The 918 Spyder is available for immediate order priced from 645,000 Euro – subject to VAT and country-specific charges.
To ensure a 918 Spyder’s exclusivity, the two-seater is limited to no more than 918 units. The earlier a customer orders his vehicle, the earlier it will be delivered, as production is initialised in the same sequence in which orders are received. Production of the 918 Spyder is scheduled to commence on 18 September 2013 – 9/18 in US date convention – in a quasi manufacturing operation at Porsche’s main plant in Stuttgart-Zuffenhausen. Delivery of the initial vehicles will commence in November 2013.
The design’s DNA is derived from the Carrera GT and Porsche 917 sports car as well as the RS Spyder and is very closely modelled on the 2010 concept car. Unlike the concept car, however, the production version of the two-seater, based on a carbon fibre-reinforced plastic monocoque, features a manual roof system with removable roof panels that can be stowed in the front luggage compartment.
The 918 Spyder is driven by a unique type of plug-in hybrid system. It comprises a high-revving V8 engine with a displacement exceeding four litres and output of more than 368 kW (500 hp). The mid-engine power unit is based on the racing engine of the successful Porsche RS Spyder, which provided impressive proof of its efficiency with its multiple victories in the Michelin Green X Challenge in the American Le Mans Series, the Le Mans Series and the 24 Hours of Le Mans. Power transmission to the rear wheels is by means of a compact, seven gear Porsche-Doppelkupplungsgetriebe (PDK). This is complemented by two electric motors – one each on the front and rear axle – with a joint mechanical output of at least 160 kW (218 hp). This configuration offers an innovative, variable all-wheel drive with independent control of the propulsion force on both axles. The energy storage unit is a liquid-cooled lithium-ion battery that can be charged from a conventional domestic power socket, delivering a range in excess of 25 km (16 miles) in the NEDC on purely electric power. The charging time depends on the country-specific mains network, being approximately three hours in Germany, for example. A quick charging option is planned to reduce charging time yet further.
The 918 Spyder’s combined total fuel consumption in the NEDC (ECE-R 101) is anticipated to be 3.0 l/100 km (94 mpg imp.), equating to CO2 emissions of 70 g/km (112 g/mile). Despite that, the super sports car offers performance of the highest order. It accelerates from a standing start to 100 km/h (62 mph) in a maximum of 3.2 seconds and has a top speed of more than 320 km/h (199 mph). That means the Spyder will be able to manage a lap of the Nürburgring Nordschleife in less than seven minutes and 30 seconds – trumping the Porsche Carrera GT, which needs seven minutes and 32 seconds. The top speed on purely electric power is 150 km/h (94 mph).
To shorten the time the customer has to wait for the 918 Spyder, Porsche is offering everyone placing an order the exclusive opportunity to acquire a 911 Turbo S “Edition 918 Spyder”, also limited to no more than 918 units. Visually, both inside and out, the special edition is inspired by the 918 Spyder’s characteristic individual features. That includes the distinctive acid green features such as the specific and part-embroidered model logos and seams, the instrument cluster needles, the specific PCM screen and illuminated door entry guards. The limited edition badge on the glove compartment lid bears the same number as the 918 Spyder the customer has ordered. The 911 Turbo S “Edition 918 Spyder” can also be ordered in the same colour.
Both the technology and basic equipment of the new 911 Turbo S “Edition 918 Spyder” are based on the 530 hp (295 kW) 911 Turbo S. In the case of the special edition, the already comprehensive standard equipment is complemented in particular by an enhanced leather interior, a special instrumentation version and additional carbon elements both inside and out.
The 911 Turbo S “Edition 918 Spyder” is being offered to coincide with the commencement of sales of the 918 Spyder with deliveries starting in June 2011. The Coupé version of the special edition costs 173,241 Euro in Germany and 184,546 Euro as a Cabriolet – including VAT and country-specific equipment items respectively. 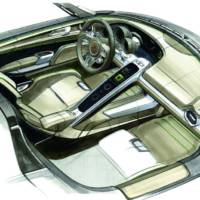 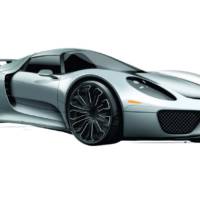 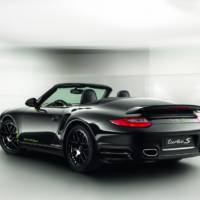 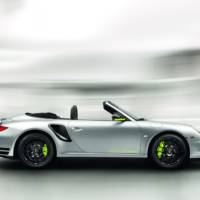 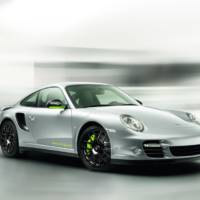 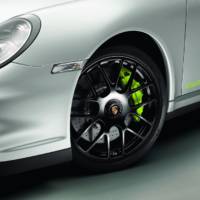 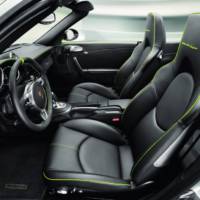 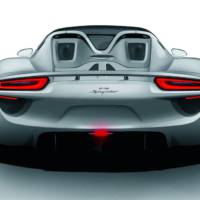 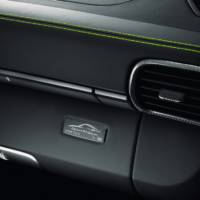 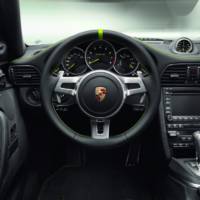 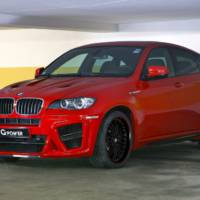 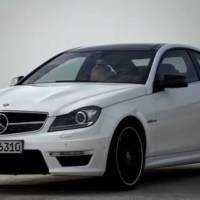