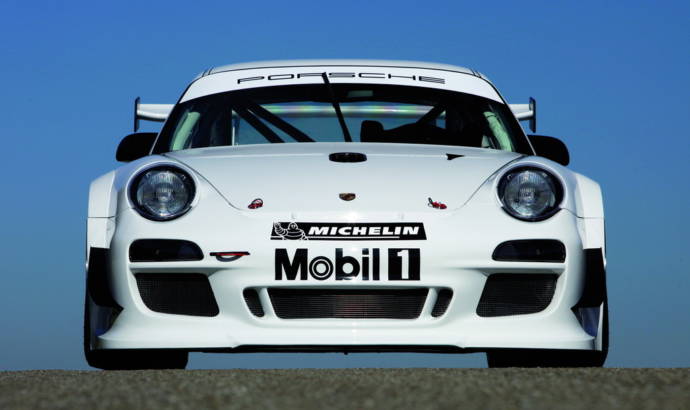 The automaker from Stuttgart is introducing the Porsche 911 GT3 R witch is a new racing car featuring better drivability and handling, that will compete in the 2010 motorsport season under the FIA GT3 regulations.
The Porsche 911 GT3 R is succeeding the 922 GT3 Cup S and is fitted with a 4.0-litre 6-cylinder boxer engine that produces 480 BHP (353 kW). Power is put to the ground via the rear axle by a sequential six-speed dog gearbox and just like the GT3 Cup S the Porsche 911 GT3 R is based on the street legal version 911 GT3 RS.
Also the Porsche 911 GT3 R features ABS, traction control and e-gas with “throttle-blip” function, while at the exterior there are the new front and rear flared wheel arches and LED taillights.
The Porsche 911 GT3 R price is 279,000 Euro and world debut for the new racing car is scheduled for January 14th 2010 at the Birmingham Motor Show.
Porsche press release :
Stuttgart. Following the Porsche 911 GT3 Cup, Dr. Ing. h.c. F. Porsche AG, Stuttgart, is entering yet another racing car in the 2010 motorsport season: The 911 GT3 R will be raced in series based on the international FIA GT3 regulations, thus succeeding the 911 GT3 Cup S. The main focus in developing this new model was on even better drivability and even easier handling.
The 911 GT3 R is powered by a four-litre six-cylinder boxer engine delivering maximum output of 480 bhp (353 kW) transmitted to the rear axle by a sequential six-speed dog gearbox.
The starting point in developing the 911 GT3 R weighing just 1,200 kg or 2,646 lb was the Porsche 911 GT3 Cup presented in September for one-make cup racing. Thanks to its increase in engine size by 0.2 litres, the GT3 R offers 30 bhp more than the Cup model. Both cars are based on the extra-wide body of the 911 GT3 RS street-legal sports car.
An anti-lock brake system (ABS), traction control and an e-gas with “throttle-blip” function make it much easier to get used to this new GT3 racing car than its predecessor, meaning that the new model is also more appropriate for the ambitious amateur racing driver.
Flared wheel arches added on to the body both front and rear bear clear testimony to the wider track than on the former model. And like all second-generation versions of the 911, the new 911 GT3 R also comes with striking LED rear light clusters.
The Porsche 911 GT3 R is making its world debut on 14 January 2010 at the Birmingham Motor Show. The car is built by Porsche’s Motorsport Department at the Weissach Development Centre and will be delivered to Customer Teams the world over as of spring 2010. The base price of the Porsche 911 GT3 R is 279,000 euros plus local sales tax/VAT. 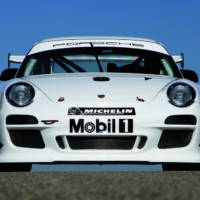 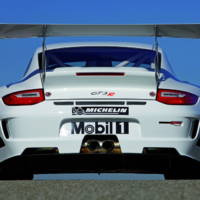 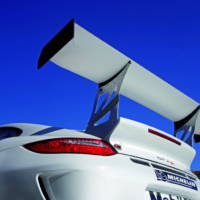 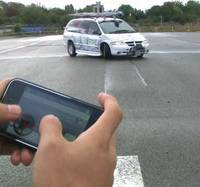 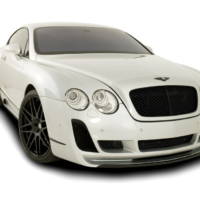