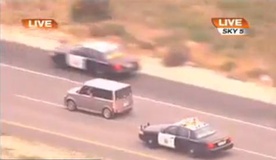 A female driver that was apparently involved in some sort of domestic dispute went completely crazy ending up engaging in a high speed chase on the 241 S highway in Orange County California. The angry woman is driving a Scion xB and while these type of actions are usually initiated by men we have to admit that this lady pulled some really wild tricks out there. Her fakeouts included making donuts infront of the police, travelling the wrong way on the highway and even at one point stopping her car, getting out and making angry jestures towards the cops. To see how it all ended watch the Police vs Crazy Woman car chase video after the jump. 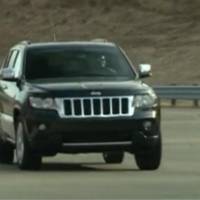 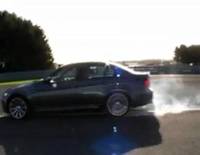