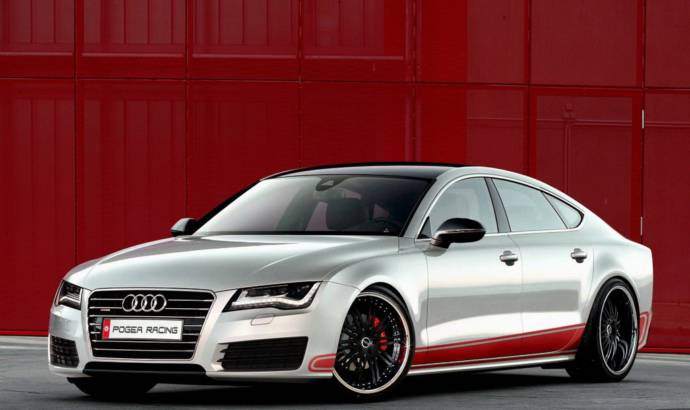 Ingolstad’s four-door coupe has arrived in the hands of Pogea Racing, a German tuning company who are now offering numerous power upgrades, and various enhancements in terms of appearance.
The Pogea Racing Audi A7 conversion is called ‘Seven Sins’ and its features a pair of side decals, 20 inch Moz Stroke alloys wrapped in Continental Sport Contact 3 performance tires, a new stainless steel exhaust system with larger tailpipes, and better brakes from Brembo.
Power boosts are available for rach engine option, and starting with the 3.0-litre TDI Multitronic, performance has been raised from 204 HP and 400 Nm of torque to 251 HP and 468 Nm.
The 3.0-litre TDI S-Tronic Pogea Racing Audi A7 packs 289 HP and 555 Nm of torque instead of 245 HP and 500 Nm like the stock version, while the 3.0 TFSI has been increased from 300 PS and 440 Nm of torque to 345 HP and 495 Nm.
The Pogea Racing Audi A7 can also be fitted with a sport air filter upon request. 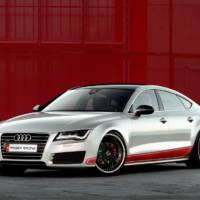 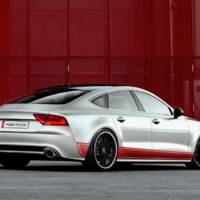 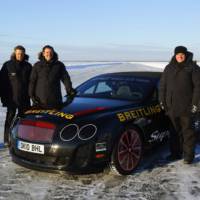 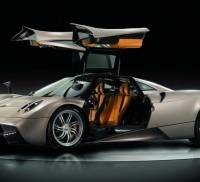