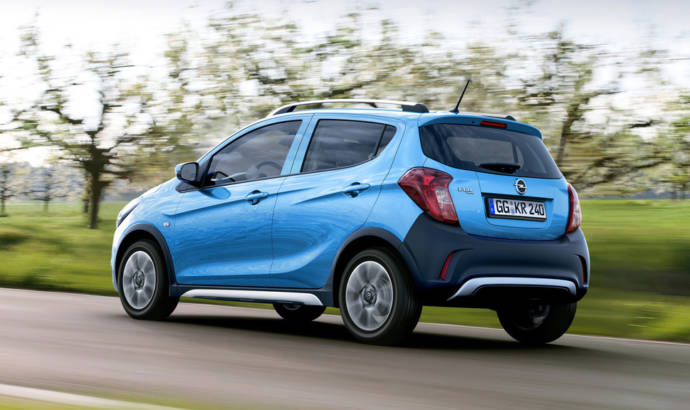 As more and more manufacturers ar using newly launched SUVs to boost their sales in Europe, Opel thought of a compromise between a small vehicle and a rugged look. Thats the way Opel karl Rocks was born, a model expected to be introduced for the first time during this year Paris Motor Show, late September.

With five doors, five seats, compact dimensions and a maximum trunk space over 1,000 liters up to the roof, the Karl Rocks is different seen from outside. The functional silver roof rails, rugged front and rear bumpers with integrated skid pads (the former also including fog light), front and rear wheelhouse moldings and unique 15-inch bi-color look alloy wheels. The Opel blade sweeps dynamically up towards the rear.

The car’s off-road character and outgoing personality are further emphasized by an 18-mm increase in ride height enabling better visibility in dense urban traffic or when admiring the view while cruising along country roads.

The outdoor design created by the exterior design continues on the inside of the car with the “Favo” fabric upholstery for the seats. The design is reminiscent of honeycomb and exclusively available. Elsewhere, front door sill plates and the high gloss frame for the standard Radio R 300 or the optional Radio R 4.0 IntelliLink system, which brings the world of smartphones via Apple CarPlay or Android Auto and enables navigation via Apple Maps or Google Maps. Alternatively, Navi 4.0 IntelliLink offers an integrated navigation system.

The inside equipment levels are decent. City mode reduces steering effort at the push of a button (from Enjoy), facilitating maneuvering in heavy city traffic. Park Assist is also available and assists the driver during parking by issuing an acoustic warning as the car approaches obstacles when reversing. Cruise control with speed limiter regulates driving speeds, which is extremely helpful in complicated urban traffic and in residential areas with a 30 km/h speed limit. 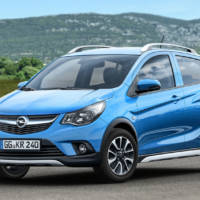 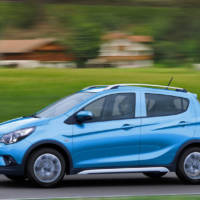 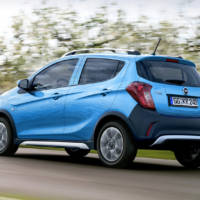 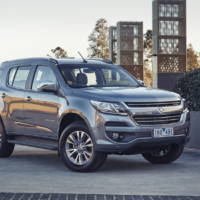 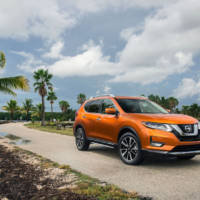