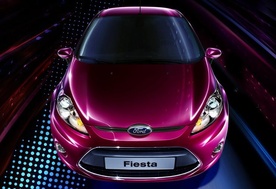 The Blue Oval announced today that their next generation Ford Fiesta will make debut at the L.A. Auto Show in December.
Also the company claims their Fiesta Movement campaign created more than 50K potential customers while dealership arrival is set for next summer.
The current ongoing Ford Fiesta model reached 340,000 units sold since its launch last autumn currently beeing Europe’s No 2 selling car.
A big role in the company’s success story regarding the Ford Fiesta was played by the Fiesta Movement that made a big impression on the social media world with 4.2 million views on YouTube, 540K photo views on Flickr and more than 3 million impressions on Twitter.
Ford press release :
DEARBORN, Mich., Oct. 6, 2009 – Ford’s rollout of its next generation of small cars will hit an important milestone when the new Fiesta is revealed in December at the Los Angeles Auto Show. The reveal of the North American-based Ford Fiesta will also mark the culmination of the first phase of the Fiesta Movement.
Set to arrive in dealer showrooms next summer, the Fiesta already can claim more than 50,000 potential customers thanks to the Fiesta Movement.
"This is the perfect time to show the North American Fiesta," said Sam De La Garza, Ford Fiesta marketing manager. "The Fiesta Movement will have wrapped up, and after hearing so much about this car leading up to the reveal, everyone will finally get to see what we are so excited about."
Fiesta Movement October missions – entertainment
Fiesta Movement agents are entering their final month of missions, and October has them having a blast with missions planned around the theme of entertainment. With 100 missions to choose from, all agents are sure to find an adventure to suit their tastes.
October missions include:
* Visiting Turn10 Studio, Microsoft’s racing studio, to get a look behind closed doors at the making of the latest Forza race game featuring the 2011 Ford Fiesta. The agent will get to design his or her own Fiesta, then climb into a three-screen simulator complete with hydraulics to put the new game to the test.
* A behind-the-scenes glimpse into the production of a music video with Izza Kizza. The hip-hop artist is creating his music video for the song "They’re Everywhere," and one lucky Fiesta agent will get to be right there, front and center, for the fun.
* Hanging out in the recording studio with Jukebox the Ghost. The indie pop group is recording its new album; a Fiesta agent will be checking out the band’s new tunes right along with them.
* Several missions for football fanatics, from checking out a Detroit Lions game with a former player, to watching a Philadelphia Eagles warm-up, to hanging out for the team’s game and meeting the broadcast group for the Eagles.
During each mission and after its completion, agents upload content to the Fiesta Movement Web site or the social media platform of their choice. Using www.fiestamovement.com, visitors can follow the ride by accessing the live feed feature to keep current on what the agents have to say about Fiesta and their missions.
Spreading the word
After kicking off the Fiesta Movement and embarking on their first missions in May, agents created a big impression in the social media world, including:
* More than 4.3 million video views on YouTube
* More than 540,000 photo views on Flickr
* More than 3 million impressions on Twitter
Fiesta sales success
Fiesta is continuing its sales momentum as Europe’s No. 2-selling car and Ford of Europe’s top-selling vehicle, helping Ford’s share in Europe’s main 19 markets increase for the eighth consecutive month.
Nearly 340,000 Fiestas have been sold since the car was launched last autumn, with 21,800 delivered to customers in August. Fiesta was the best-selling foreign vehicle in August in both Italy and France.
In Europe, the Fiesta name has long been synonymous with outstanding drive quality, design and value. The all-new Ford Fiesta will bring its three-decade heritage to U.S. consumers in 2010. 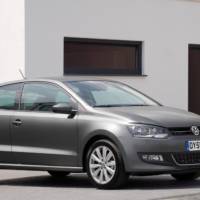 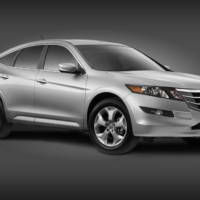