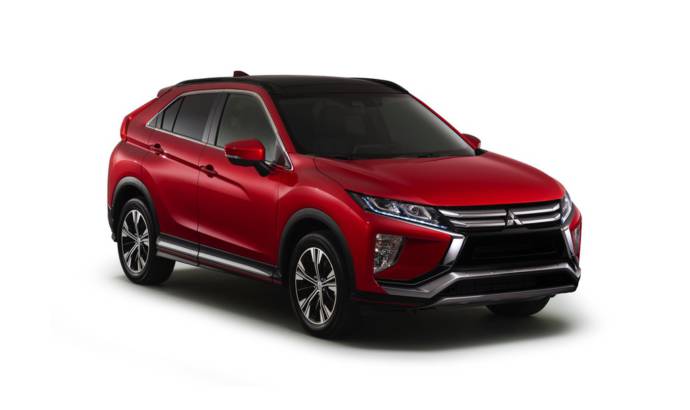 Mitsubishi returns to European SUV segment with the introduction of the new Eclipse Cross during this year Geneva Motor Show. The car was already unveiled through a set of official images, ahead of its Swiss show debut.

The Mitsubishi Eclipse Cross will compete in the C-SUV segment with a trademark Dynamic Shield concept, which refers to the protective shield shape visually formed by the black central area and highlighted by brightwork on either side of the grill. Distinctive auxiliary lamps are recessed deep in the front fascia adding drama and sophistication to the SUV’s front-on appearance.

The rear design is distinguished its high-mounted, stretched rear lamps which divides the rear window into distinctive upper and lower segments. When illuminated, the tubular LED brake lights and the central LED hi-mount stop light form a single bar of light running across the tail.

Inside, the new SUV’s dashboard is shaped using horizontal lines, with silver metal frames and a black and silver monotone color scheme. With its table-like infotainment display and new Head Up Display, the futuristic cockpit inspires a sense of excitement for the driver. For maximum comfort and flexibility, the rear seat features a 60:40 split with long slide-and-recline adjustment.

Eclipse Cross uses an electronically-controlled 4WD system that feeds the optimum amount of torque to the rear wheels depending on the driving situation and the road surface.

The all-new Mitsubishi Eclipse Cross will join Mitsubishi global line-up of 4X4 and SUV vehicles, including the Mitsubishi ASX compact SUV, Outlander and Outlander PHEV mid-size SUVs, and will go sale in Europe in the autumn, followed by the UK (early in 2018), Japan, North America, Australia and other regions. 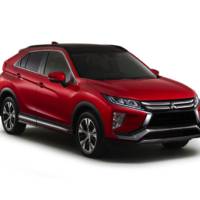 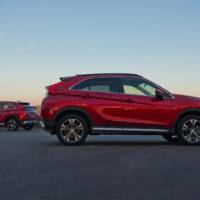 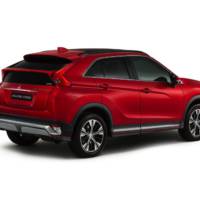 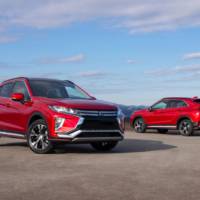 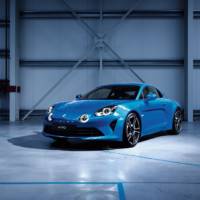 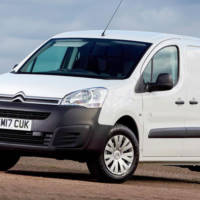