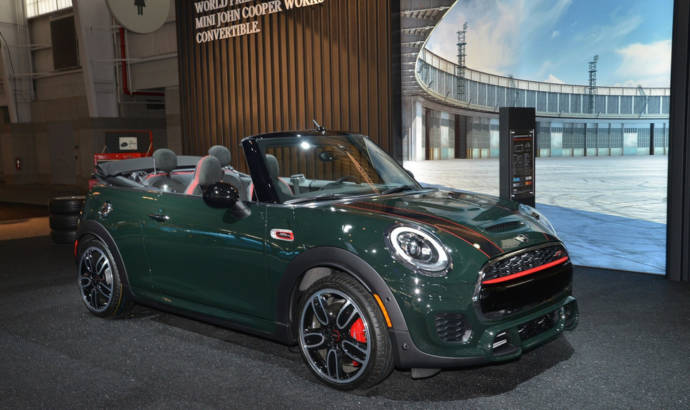 Mini has officially revealed during the 2016 New York Auto Show the all-new Mini John Cooper Works Convertible. The range-topping version of the new generation Mini was shown back in January but this is for the first time when we have the chance to see it in flash and bones.

The Mini John Cooper Works Convertible has the same features as the hatchback version, the only exception being the retractable soft top. The British model comes with 17 inch wheels, a sport exhaust system and an electrically-operated roof. The latter one can be opened or closed in just 18 seconds at speeds up to 30 km/h.

Under the hood of the Mini John Cooper Works Convertible is the same 2.0 liter turbocharged engine rated at 228 horsepower and 236 pound-feet of torque. The resources are sent to the ground via an optional six-speed automatic transmission. If you will pick the manual, the run from stand still to 100 km/h is done in 6.5 seconds, 2 seconds less compared to its predecessor. With the automatic transmission the time goes down by 0,1 seconds.

In the US, the new Mini John Cooper Works Convertible has a starting price of 35,600 USD (plus destination and handling) but if you decide to put some option the 40,000 USD mark will be hit in seconds. 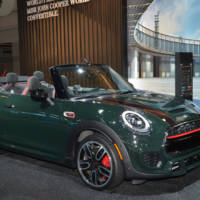 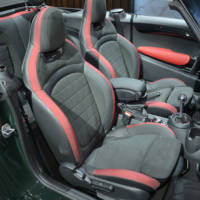 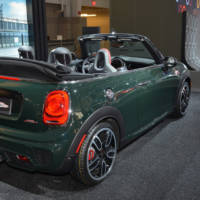 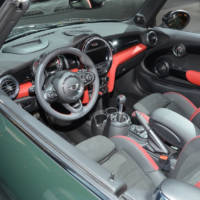 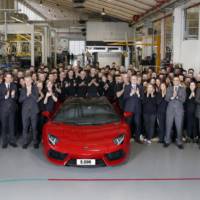 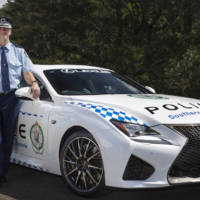