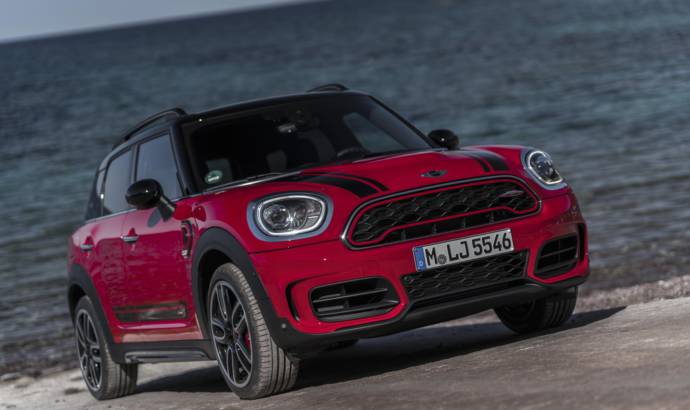 Mini is applying the John Cooper Works treatment to its latest product and its biggest one to: the Countryman. It will try to combine race track feeling and useful versatility on and off the road.

With an output of 231 hp working with Mini’s ALL4 all-wheel drive system, the new MINI John Cooper Works Countryman sprints from 0-62mph in 6.5 seconds whether the customer chooses the standard 6-speed manual transmission or the optional 8-speed Steptronic sports transmission.


With the standard manual transmission, the new Mini John Cooper Works Countryman has a combined fuel consumption of 38.2 mpg and a CO2 emissions level of 169 grams per kilometre. In conjunction with the 8-speed Steptronic sports transmission, these figures are reduced to 40.9 mpg and 158 grams respectively.

Driving Modes enables the driver to select a set-up that is geared towards the situation on the road and their own personal preferences. A rotary switch at the base of the gear or selector lever is used to select the preferred settings – SPORT, MID and GREEN. This influences the characteristic curves of the accelerator pedal and steering, the engine acoustics, the shift characteristics of the 8-speed Steptronic sports transmission, if the latter is fitted, and the Dynamic Damper Control set-up.


With a power increase of 13hp compared to its predecessor, the new Mini John Cooper Works Countryman also offers enlarged external dimensions and a considerable increase in space. he new MINI John Cooper Works Countryman is 19 centimetres longer, 3 centimetres wider and has a wheelbase extension of 7.5 centimetres over the previous model, offering even more space across its five passenger seats. The luggage compartment can also be expanded as required from 450 litres to as much as 1,390 litres. 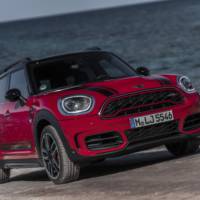 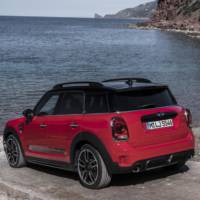 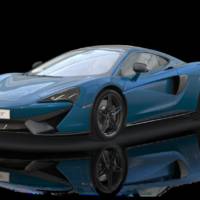 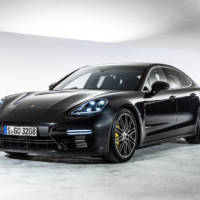